The state government is shying away from collecting the actual COVID-19 figures because this will expose the "Gujarat model" to deal with the COVID-19 crisis, he said. 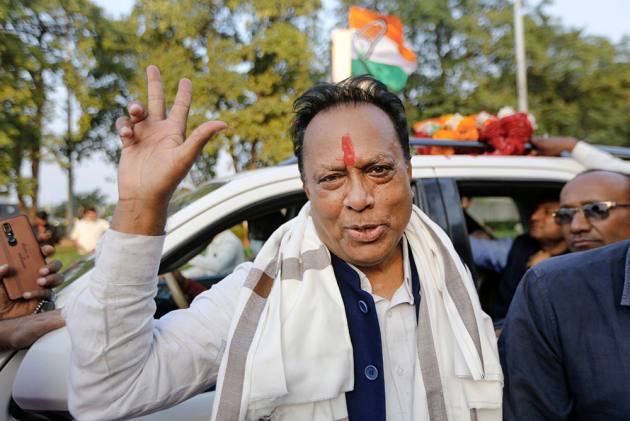 The Gujarat Congress on Wednesday accused the state government of tampering with the COVID-19 death figures, and demanded that it create a proper mechanism to collect the actual data and provide compensation to the kin of all those who died due to the viral infection.

Talking to reporters here, Gujarat Congress president Jagdish Thakor said the government accepted that it paid Rs 50,000 each as compensation to the kin of 22,000 people who died due to COVID-19, but only after a rap from the Supreme Court, even as its official toll stands at 10,100 (as on Tuesday). Thakor said the Congress had in the past said the death toll due to COVID-19 in Gujarat stood at around three lakh, and the party still stands firm on it.

"We request panchayat and health ministers to create a mechanism to collect the actual numbers of those who have died due to COVID-19 and ensure their family members get the due compensation. The government has not dealt with the issue with the required sensitivity," he said.

The Congress has collected forms from 48,000 families, and party members met around one lakh families in the state whose members died due to COVID-19, he said, adding the party will continue its campaign to ensure that all the eligible families get the due compensation. Thakor said if the government refuses to provide assistance to all the beneficiaries, then they will approach President Ram Nath Kovind.

State Revenue Minister Rajendra Trivedi on Tuesday said the number of people provided with the compensation at around 22,000 is much higher than the official death figure of 10,099 (as on December 13), because of the revision in the definition of deaths due to COVID-19 made by the Supreme Court hearing a case related to the payment of compensation.

The new figure was revealed after the government said in an affidavit before the Supreme Court that compensation has been provided to 16,175 cases for COVID-19 deaths even when the official fatality figure stands at 10,099. Trivedi said the number rose after the apex court made changes in the definition of COVID-19 deaths by considering all those who died of heart attack or any other cause within 30 days after testing positive for coronavirus.