In many ways, the BJP-led Modi government is trying to emulating Modi's projects in Gujarat at a national level. But is this formula fool-proof? 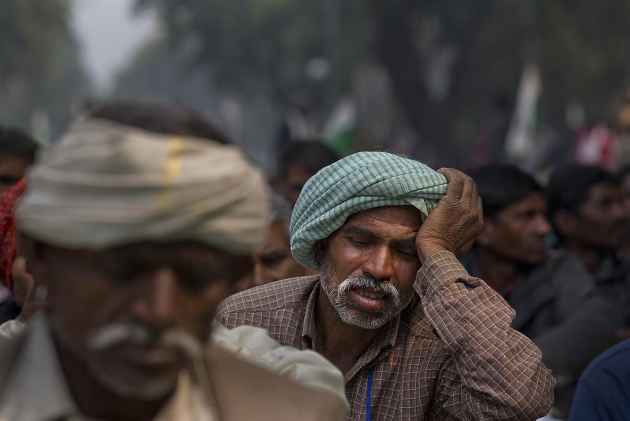 There have been four events in the last fortnight: three annual budgets — Gujarat's, the Railways and the Union Budget, and the contentious Land Acquisition Bill. All four carry the stamp of PM Narendra Modi's governance acumen. Or the lack of it. The Gujarat budget because it was the model set by Modi; and the remaining three, because they are singularly credited to his account and individuality.

Analysed in tandem, they serve as credible indicators of where the first wholly-owned BJP government in India is headed. Gujarat, the happy hunting ground of Modi and his first bite of the big 'power' apple had this 'model' tale to tell on February 25, 2015 when the first state Post Modi budget was presented in the State Assembly. It showed that the state's growth rate had slipped to 7 per cent and public debt zoomed to Rs 1.65 lakh crore at the end of 2014-15.

The budget estimates peg the debt in 2001-02 (when Modi took over as chief minister) at Rs 45,304 crore. This in effect means that during his 12-year rule in Gujarat, its public debt shot up by Rs 1,20,000 crore. In hindsight, it also means that the grand memorials of extravagance — the spanking new Swarnim Sankul to house the CM and his colleagues; the Rs 400-crore Mahatma Mandir Convention Centre; the Garib Kalyan melas; and all 'grand' fairs and 'noble' festivals were on ballooning, borrowed dimes.

Today there are 1.77 lakh pending applications for agricultural power connections in the state despite a budgetary provision of Rs 3,370 crore over the last four years. In health, the records are abysmal. Gujarat has at least 2.7 lakh malnourished children and at 347, it also has the dubious distinction of accounting for the highest number of swine flu deaths in India, a logical corollary when the entire state administration has been galvanised over months to cater to VIP visits like the Chinese president and hosting formidable fairs and high profile global investor summits.

The contentious Land Acquisition Bill on which Modi has staked his own reputation even at the cost of being seen as a corporate carpetbagger, is another case in point. Spirited movements toiled over decades to get the Right to Fair Compensation and Transparency in Land Acquisition, Rehabilitation and Resettlement Act, 2013 passed. If the movements saw it as a battle half won, the corporates termed it as anti-growth and anti-investment. "We had dark apprehensions that it would be amended by the double by the new government", says Persis Ginwala and Sagar Rabari, prominent activists of land rights struggles.

Going through its salient features one finds that it is heavily partisan and makes the antiquated Land Acquisition laws of 1894 look a picture of piety. The Act covers only private landholdings. Forests, coasts, rivers, pastureland, wastelands, lakes and water bodies are not only not covered by it, but they are also not covered by any policy directive or legal instrument formulated by any government. Thus all those who are dependent on these common property resources like fisherfolk, tribals, pastoralists and landless agriculturists, are left out of the provisions of this Act.

The government's power to acquire land was restricted, earlier, to companies registered under the Companies Act. Now it can acquire land for anything and for anyone at will. Technically now, land can be acquired even for a business establishment employing just a single person! This is arbitrariness of the worst kind bordering almost on a sell-out.

Take the case of the Dholera Special Investment Region (DSIR) in Gujarat, a Modi baby which along with Shendra Industrial Park in Maharashtra has been promised Rs 1200 crore. But in reality, the Gujarat SIR Act 2009 has been invoked which puts the entire SIR area under the Gujarat Town Planning and Urban development Act 1976 for developing infrastructure. The land acquisition law which requires the government to pay four times the market rate and also the assent of the panchayat, is not applicable and land allotment to them will be based on town planning rules! Benevolence in governance, Modi style, is now set to be replicated nationwide.

Often, past records are indicative of powered future performances. Modi government's Union Budget announced a plan for six crore dwellings countrywide with an outlay of Rs 22,407 crore. What did he do in Gujarat? Just before the 2012 Assembly elections, CM Modi announced 50 lakh houses in five years. The Anandiben Patel government recently slashed it to 24 lakh houses. There are quiet indications that it will be slashed further to 10 lakh houses or a fifth of Modi's target. Even to build that in the remaining almost 36 months, one will need to build 1000 houses per day. Pretty little chance!

As somebody said "If anyone questions why we died, tell them because our leaders lied"