‘Habitual Liar, Coward’: Why Kumar Has No ‘Vishwas’ In Arvind Kejriwal

Earlier, despite their differences, Vishwas always maintained in public interactions that Kejriwal was a friend, not a boss, and his personal beliefs remained paramount. 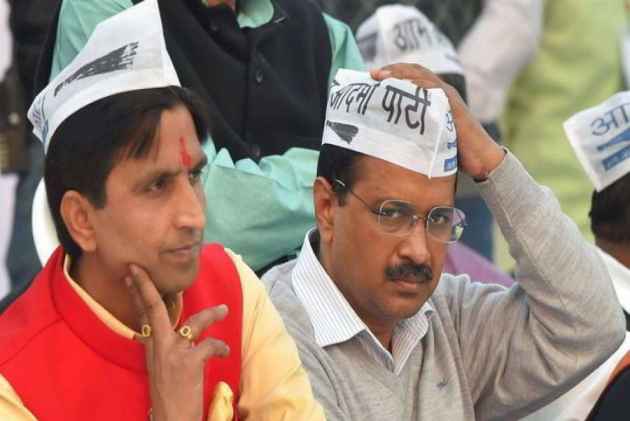 Kumar Vishwas, one of the founders of the Aam Aadmi Party apologised to Union minister Arun Jaitley in the Delhi High Court on Monday, requesting him to drop a defamation case filed by him.

While tendering the apology, Vishwas described Delhi chief minister Arvind Kejriwal as a “liar” and a “coward”.

Here’s how Vishwas targeted Kejriwal in the apology letter:

“Like other party workers, I only repeated what the party supremo said. This happens in every political party… This was the reason that I, along with other partymen, called Mr Jaitley, Union Minister Nitin Gadkari, advocate Kapil Sibal and some social workers corrupt.”

“Arvind knew that if convicted in these defamation cases, he will be jailed and will have to give his chair to Manish Sisodia, which he will never. To save his chief minister chair, he is now apologising and settling his civil and criminal cases.”

“He never discussed with us about the same and decided on his own to say sorry to people who have lodged cases against him.”

Earlier, despite their differences, Vishwas always maintained in public interactions that Kejriwal was a friend, not a boss, and his personal beliefs remained paramount.

However, it’s no more a secret that Vishwas and Kejriwal’s bonding has hit a new low of late, but it’s perhaps for the first time the poet-turned-politician openly lashed out his party head, terming him a “habitual liar”.

Kumar once said he was not a politician but a “revolutionary”, and “the AAP is not a party. It’s a revolution.” His words have turned true now.

Outlook takes a sneak peek at the fallout of the two AAP leaders:

Sources close to the AAP say despite being an active party member, many, including Kejriwal, had doubts over Vishwas’ ambition. The latter harboured the ambition of becoming an MP. Vishwas’ unique style of poetry, at times, targeting his own party, also didn’t go down well with the party leadership. In fact, many still think he might switch to the BJP.

In fact, in 2017 Amanatullah Khan called Vishwas a BJP agent and accused him of offering bribes to AAP MLAs to join the BJP.

Difference of opinion over surgical strikes:

Vishwas had supported the Modi government after India carried out surgical strikes and also, backed his demonetisation move. His difference of opinions with other leaders in the party has further triggered a spat between Vishwas and Kejriwal, who allegedly demanded proof of the surgical strikes from Prime Minister Narendra Modi.

In 2014, Vishwas had expressed his admiration for Prime Minister Modi’s foreign policies, hailed his response to the J&K floods, and called him “a better Prime Minister than Manmohan Singh”. So much so that Vishwas had differed with Kejriwal on the issue of electronic voting machines (EVMs). He had refused to attribute the AAP's recent poll upsets to alleged manipulation of EVMs and had instead stressed that the party needed to introspect.

In January this year, when the AAP announced its nominees for elections to three Delhi Rajya Sabha seats, Vishwas went public with his battle against Kejriwal, saying he has been "punished for speaking the truth."

"Whatever the name of those Guptas, congratulations to Kejriwal and them for loyal work to AAP...They will now sit where Atal Bihari Vajpayee, Indira Gandhi and other stalwarts sat...I have to say, I have never felt more disappointed with this party. They couldn't have been more blatant about their shady dealings," Vishwas said.

In April, the AAP removed Kumar Vishwas as the in charge of its unit in Rajasthan, where assembly elections are scheduled to be held at the end of this year, and replaced him with Deepak Bajpai.

“Vishwas was inactive for quite some time. He was not talking about Rajasthan nor visiting the state,” the AAP’s Rajasthan coordinator Devender Shastri had said.