"Because of the role played by banks, people could not be benefited to the extent they should have. People deposited huge amounts in scrapped currency and the money was laundered." 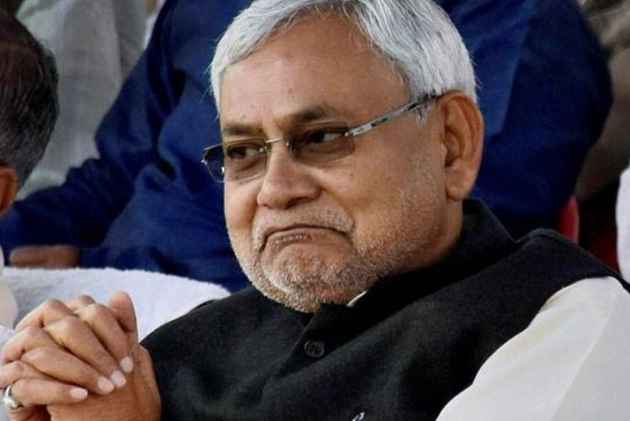 Bihar Chief Minister Nitish Kumar today alleged that banks did not implement demonetisation in a proper manner, and said people could not receive benefits to the desired extent owing to it.

Addressing a quarterly review meeting of state-level bankers' committee here, Kumar also made an indirect reference to recent scams like the PNB fraud, stating that big defaulters were able to obtain huge loans and escape from the country, while the poor had to face stringent recovery steps.

"Banks are so strict in recovering amounts lent to small-scale borrowers. Why the same strictness is not shown in the case of big defaulters?" he wondered.

Kumar, the JD(U) national president, had come out in support of the demonetisation measure, when he was in the Grand Alliance comprising the RJD and the Congress.

"I had supported note ban. But because of the role played by banks, people could not be benefited to the extent they should have. People deposited huge amounts in scrapped currency and the money was laundered," he said.

Kumar expressed resentment over the "lack of cooperation from banks" despite the Bihar government's offer of a guarantee of Rs 160 for every Rs 100 borrowed for the state students' credit card scheme.

"You (bankers) should understand that banks have the responsibility of helping governments to ensure that pro-poor measures bring desired benefits to the people. Your role does not get over with borrowing, lending and recovering," the CM said.

"You must also pay some attention to the abysmally low, 50 per cent, credit deposit ratio in Bihar," he said.

"That is a completely wrong interpretation. The chief minister did not say that demonetisation has failed. Rather he said that the role of some of the bankers was not right during its implementation phase... There had been reports of irregular deposits of demonetised currency in banks," Sushil Modi said.

Sushil Modi, who also holds finance and commercial taxes departments, said that banks have been given the target of disbursing loans to the tune of Rs 1.30 lakh crore in the current fiscal.

Banks have been asked to review those districts which have achieved less than 80 per cent of their ACP target, he said.

A total of 3.04 crore bank accounts have been opened in the state so far, including 63.26 lakh in 2017-18 under the Prime Minister Jan Dhan Yojana, Sushil Modi said, adding, Rs 10,559 crore has been deposited in these accounts.

Talking about the MUDRA scheme, the deputy CM said that Rs 9,598 crore has been distributed among 11 lakh beneficiaries in the state, which is almost double the target of Rs 5,375 crore.