Hand Over Padmaavat's Rights To Us, We Will Pay Money Spent On Making The Film: Karni Sena

Karni Sena's chief Lokendra Singh Kalvi said at a press conference that their members or of any other Kshtariya organisation had no hand in the attack on a school bus. 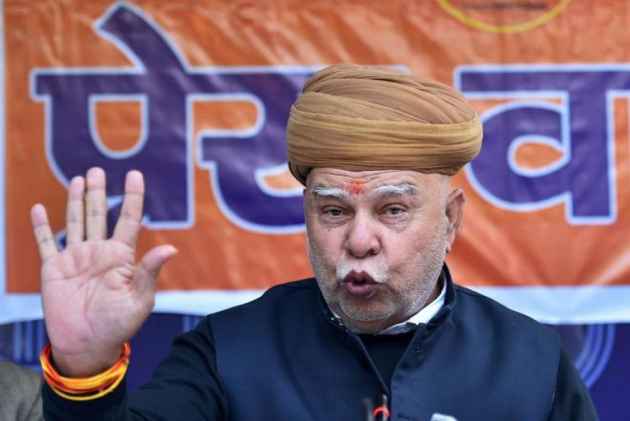 Shri Rajput Karni Sena on Saturday said it was ready to pay the money spent on making Padmaavat if it was handed over the film's rights and stressed that the organisation had nothing to do with the incidents of violence that happened over its release.

Karni Sena's chief Lokendra Singh Kalvi said at a press conference that their members or of any other Kshtariya organisation had no hand in the attack on a school bus.

On Wednesday, a mob attacked the school bus carrying 20 to 25 children in Gurugram, where hundreds of violent protesters took to roads torching vehicles and destroying public property to oppose the film's release.

"We are ready for any kind of probe, be it by the CBI or a judicial one. A Rajput can never think of doing such a thing. If we were present there, we would have never let such an attack happen," Kalvi said.

He also said that their outfit's members had nothing to do with the violence in Ahmedabad in which vehicles were vandalised outside the malls.

Kalvi accused those connected to the film to be behind the attacks.

"Yesterday, we did not carry out any protests because it was Republic Day and we respect our nation. But we will continue our protests till the film is taken down from cinema halls," he said, stressing that they would never resort to violence.

Kalvi said they were ready to pay Bhansali the money he had spent on making the film.

"We are ready to collect the money and pay him if he hands over the rights of the film to us. We will then carry out a jauhar of the film's reels (assign them to flames)," he said.

Historians, however, are divided on whether Rajput queen Padmavati existed.