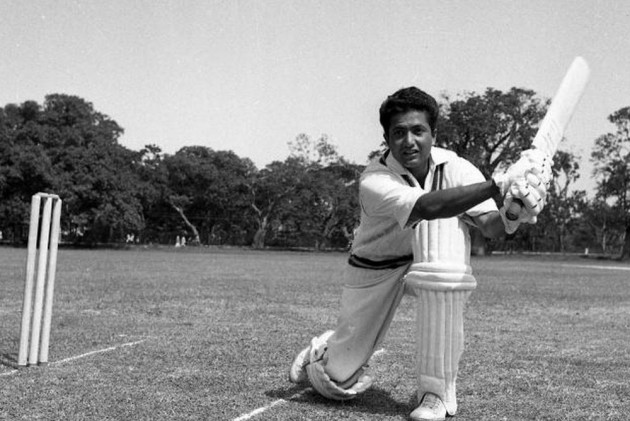 Hanif Mohammad, the original Little Master of cricket feared as much for his powers of concentration as for his stoicism at the wicket, was the most famous of the Mohammad brothers (Wazir, Hanif, Mushtaq and Sadiq), who represented Pakistan in Test cricket. The master batsman passed away on August 11.

Short and small-built, Hanif was an accomplished right-hand batsman in the classical mould. He was also an excellent wicketkeeper. He had a rich repertoire of shots but didn’t believe in taking unnecessary risk. It was rare to see Hanif hit the ball in the air. A master of cut and hook, he was good at the difficult reverse-sweep, too. Bowlers loathed his concentration, determination and temperament.

“I regularly prayed while at the wicket, even when the bowler was charging in. This helped build my concentration,” he said.

Hanif’s heroic 337 in a record 970 minutes (the longest innings in all first-class cricket) in Pakistan’s total of 657 for 8 declared after they had followed on 473 runs behind the West Indies in the six-day Test at Bridgetown in 1957-58 was a measure of his application, character and resolve.

Hanif scored 628 runs at 69.77 in the five-Test series. On his return, he scored 499 for Karachi against Bahawalpur at Karachi in 1958-59 before being run out attempting his 500th run in the last over of the day. He surpassed Don Bradman’s 452. Hanif’s 499 was the highest individual score in first-class cricket till Brian Lara made 501 not out for Warwickshire versus Durham in 1994.

With such exploits, broadcast on radio and highlighted in newspapers, Hanif became a national hero and turned cricket in Pakistan from the preserve of the educated elite into the mass sport. Injury forced him to miss the following series against the West Indies in 1958-59 after making 103 in the opening Test in Karachi. Till then he had figured in each of Pakistan’s first 24 Tests.

Hanif Mohammad was born in the erstwhile Muslim state of Junagadh in Gujarat in British India on December 21, 1934. He and his brothers were mad about cricket since childhood. His mother Ameer Bee, an Indian national badminton champion, inspired her sons to take up sport. They would play “Test” and “County” matches on weekends. The nawab of Junagadh would invite top players from outside the state and Hanif “learnt a lot” by merely watching them.

A student of the old Alfred High School of Junagadh, now known as Middle School, he was a prolific batsman in inter-school and other matches. He would bat on after sundown, the unwilling bowlers shifting the game from a side street to the main one, to play on under one of the three lighted lamp posts the nawaballowed his subjects.

Hanif was coached by the former Indian allrounder Salim Durrani’s father Aziz Durrani when his family migrated to Karachi after the birth of Pakistan in 1947. Among other things, Durrani helped Hanif perfect the hook shot, using a golf ball. Hanif’s first major innings was 305 in an inter-school Ruby Shield game in Karachi.

He wasn’t 18 when he scored 121 and 109 not out against North Zone in his very first match on Pakistan’s historic tour of India in 1952-53 as the team’s main wicketkeeper and opening batsman. Both Hanif and Pakistan made their Test debut at Delhi. He scored 51 in his maiden innings. But Pakistan lost. Hanif made 287 runs at 35.87 in five Tests, the best being 96 in Mumbai. He aggregated 917 runs at 65.50 in all first-class matches and made four hundreds, including 203 against Mumbai.

The curly-haired, cherubic Hanif showed glimpses of his monumental patience in England in 1954 when he made 59 in 314 minutes in the Lord's Test. Though he scored only 181 runs in four Tests, he finished the tour with 1,623 runs.

Hanif captained Pakistan for the first time against Australia at Karachi in 1964-65. When Pakistan played South Australia at Adelaide during their jaunt of Antipodes the same season, Don Bradman walked into their dressing room and inquired about the man who had broken his record score of 452. Hanif got up and apologetically said, “Sir, you’ll always be the greatest.” Bradman looked him up and down and replied, shaking his head: “So you’re the fellow? I thought the batsman who scored 499 would be six-foot two-inch tall. But you’re shorter than me!” In the Melbourne Test, Hanif led the side and scored 104 and 93, a performance praised even by Bradman. Hanif also kept wickets throughout in place of the injured Abdul Qadir and held five catches (four in one innings).

His 100 not out at Christchurch marked Pakistan's first visit to New Zealand. When the Kiwis visited Pakistan in 1964-65, he made an undefeated 203 out of 385 for 7 at Lahore, adding 217 for the sixth wicket with Majid Khan. Pakistan won the series 2-0.

Back in England in 1967, now as captain, Hanif scored 187 not out (556 balls, 542 minutes) in the Lord’s Test, by now batting two down. He seemed to be trying to prove something. Many felt he was approaching the end of his career, his reflexes had slowed down, he wasn’t happy against genuine, hostile fast bowling. The England team, too, probably got carried away by the canards and John Snow tested him with a barrage of bouncers. But the Pakistani hooked him imperiously, not once or twice but repeatedly, laying to rest the myth that quick bowlers could intimidate him.

Saeed Ahmed replaced Hanif at the helm in the 1968-69 home series against England, a decision that did neither player any good. At Karachi against New Zealand in 1969-70, Sadiq, the youngest of the Mohammad brothers, made his first Test appearance and Hanif his last. He was still good enough to play Test cricket for a couple of years more and his departure was hastened by the petty politics that is rampant in Pakistan cricket since time immemorial.

Hanif and Sadiq opened the innings in Karachi. Mushtaq also played, only the third incident when three brothers have played in the same Test. Grace brothers – William, Edward and Frederick – played together in the first ever Test in England, against Australia at The Oval, in 1880. Hearne brothers George and Alec and their cousin John Thomas, better known as Old Jack, appeared for England against South Africa at Cape Town in 1891-92. Incidentally, Old Jack’s own brother Frank Hearne represented South Africa in the same Test.

Of the five Mohammad brothers, only Raees couldn’t don the national colours, although he was once a twelfth man for Pakistan. Hanif’s son Shoaib Mohammad played 42 Tests for Pakistan as a pugnacious right-hand opener with the same concentration and determination. Hanif’s four nephews also played first-class cricket.

Hanif was generally associated with his remarkable ability to play marathon innings, invaluable for Pakistan, but not particularly entertaining for the crowd. This was a misconception because more often than not he was entrusted with the job of playing the sheet-anchor, not out of choice, but out of the dire needs of his team. He himself defended his approach: “The Pakistan team was studded with stroke-players like Maqsood Ahmed, Imtiaz Ahmed and Alimuddin. I was always instructed to hang around and keep one end going. So I had to check my shots in the interest of the team.”

In 1968, Wisden made Hanif one of its Five Cricketers of the Year. He held a senior position in Pakistan International Airlines. He was also the chairman of selectors. He served as a commentator when the foreign teams visited Pakistan. He published his autobiography, Playing for Pakistan, in 1999.