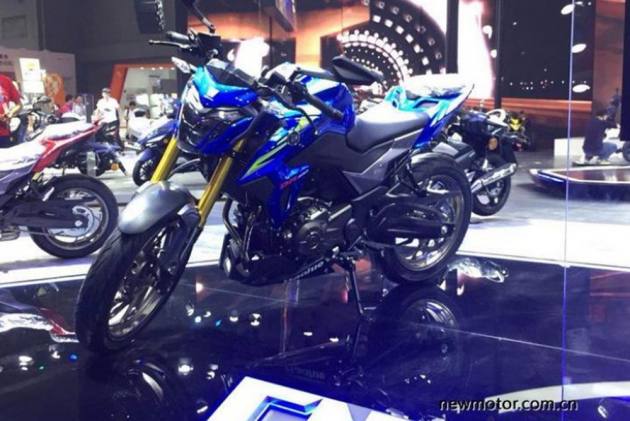 Haojue, Suzuki’s local partner in China, has unveiled a mid-capacity street naked, the DR300, at this year’s Chongqing Mobo Fair. The motorcycle’s patent images were leaked in April this year. The DR300 is reportedly based on the Suzuki GW250 (remember the Suzuki Inazuma?) with a rebored engine.

The DR300 reeks of quality and offers a nice balance of elegance and sportiness. The sharp lines on the fuel tank extensions complement the angular hump on the tank as well as the sleek LED headlamp. As far as the lighting system is concerned, it gets all LED units. Instrumentation is an all-digital affair, while the ergonomics seem to be comfortable enough thanks to the raised clip-ons. The only eyesore here is the faux mesh on the engine sides. Interestingly, the radiator coolant level has been positioned just below the fuel injector. This not only looks unique but also neatly fills the void between the engine cylinder and the side panel. At the rear the wedge-shaped exhaust and the fat rear tyre round off the youthful character of the motorcycle. 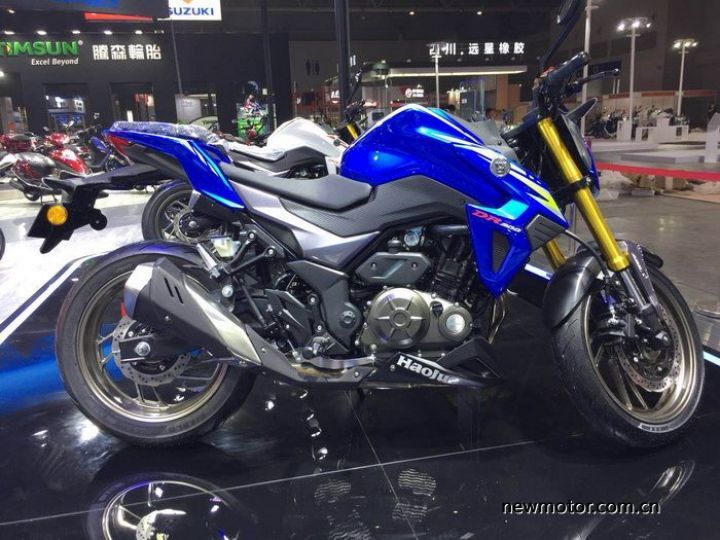 The DR300 is properly modern underneath too, with golden inverted forks up front and a monoshock at the rear. Braking duty is handled by petal discs on both ends, with the front end measuring 298mm. It gets a dual-channel ABS too. Haojue hasn’t compromised on tyres either as the bike features Pirelli Diablo Rosso III at the front and rear.

Despite all that kit, the DR300 weighs only 177kg, which is commendable for its size. Expect the rebored motor on DR300 to get a reasonable bump in power considering the 250cc engine on which it is based already produces 24.4PS at 8500rpm and 22Nm at 6500rpm.

Though this motorcycle is intended for the Chinese market, we expect Suzuki to bring a derivation of it to the European market. Considering the strong demand for 300cc motorcycles in India, we expect the company to launch it here as well. Until then, stay tuned.