Either because we couldn’t bring ourselves to openly acknowledge our love of him for fear of being sneered at, or because we dissed him for excesses we pardoned in others. 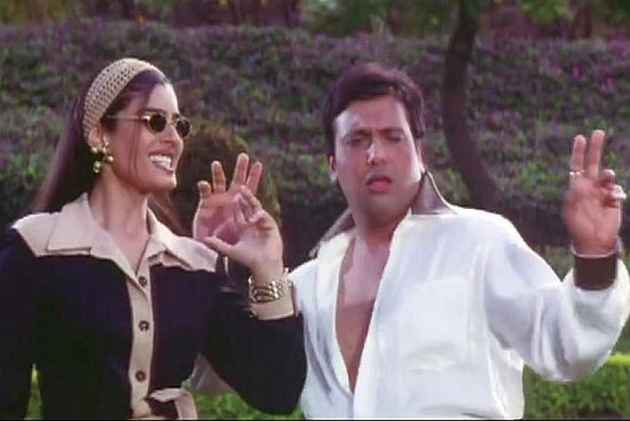 Govinda turns 58 on December 21. Of course, you - someone who has followed Hindi films in the eighties and nineties - know Govinda. Energetic grinder. Wicked comic. Blingy dresser. The Hero No. 1 who rolled with a simpleton-with-nous screen persona and struck box office gold. You may also recall dismissing him as a buffoon - a toothy, convulsing, ridiculously-attired purveyor of formulaic, offensive entertainment - and finding near and dear ones in complete agreement.

But now that we have reached a stage where there’s little embarrassment, possibly even an element of cool, in admitting to having googled ourselves, urinated in a swimming pool, or peeked into a host’s bathroom cabinet, it may also be opportune for some of us to confess to having wronged Govinda. Either because we couldn’t bring ourselves to openly acknowledge our love of him for fear of being sneered at, or because we dissed him for excesses we pardoned in others. (Those who actually disliked Govinda starrers as much as other fare from the time can stick to their guns. No pressure!)

Let us first address the elephant in the room and say it that more of us loved Govinda than have cared to concede. It may have been during a less enlightened phase in life, but we loved his palette of flaming greens, yellows and reds, the palpable enthusiasm with which he flung himself into the absurd, the crude jokes he cracked, the abandon with which he swayed, the grin he could barely conceal even in serious scenes. Here was a man urging us to let down our guard and assuring us a good time as long as we kept it that way. It worked. Till the hall lights came on and we stitched our lips and turned up our noses lest someone accuse us of having enjoyed it all.

Young folk these days can gush about Ranveer Singh’s whacky fashion sense and Varun Dhawan’s endearingly tapori ways without horrifying friends and elders. In an earlier time however, when inhabiting one’s skin simply wasn’t the done thing, Govinda fandom ranked somewhere close to being in a cannibalistic cult or endorsing genital flashing. You admitted to it at the risk of parents wondering whether they had failed in their duties and peers seeing in it signs of cheap taste or, worse, perversion. What else could explain fondness for a fashion-challenged pelvis contortionist with a pedestrian filmography?

Since irregular affections are no longer supposed to be buried in hearts but worn on sleeves, this may be a good time for Govinda fans to out themselves.  It may also be time to reflect on whether we have applied a different yardstick in judging Govinda.

In hindsight, the typical Govinda starrer may have been a far from edifying cinematic experience - its entertainment value predicated not on script and technical finesse but a string of bombastic dialogue, clumsy action and emotional sequences, and wild dance moves executed to risqué lyrics - but why single out Govinda as the posterboy of an inglorious phase of Hindi cinema when every other star in the mass entertainment space was doing similar stuff?

Superstar Amitabh Bachchan’s output from the period is dominated by tacky, sexist fare like Mard, Ganga Jamuna Saraswati, Toofan, Jadugar and Aaj Ka Arjun and is best remembered for, besides a Pacino-inspired turn in Agneepath, the Jumma Chumma De De call from Hum. Meanwhile, Dharmendra and Jeetendra, both in their twilight years as leading men, were generally sleepwalking through indifferent scripts that struggled to rouse audiences despite being infused with every conceivable time-tested crudity. Ditto for Govinda’s sometime contemporaries Jackie Shroff, Mithun Chakravorty and Sanjay Dutt. One can argue that even Anil Kapoor, the most successful star of the period, was following the same formula as Govinda, albeit with a differently-endearing energy and in vehicles with slightly better production values.

What accounts then for the degrees of respectability separating Govinda from his contemporaries? The latter’s associations with cerebral names has played an important part. Bachchan, Dharmendra and Jeetendra came out of the eighties and nineties phase with halos mostly intact thanks to the venerability that age gives and past partnerships with the likes of Gulzar and Hrishikesh Mukherjee. Occasional collaboration with A-listers of the time such as Mahesh Bhatt and Subhash Ghai kept Dutt’s and Shroff’s stock afloat. Govinda, curiously for someone with his kind of box office draw and acting chops, has no such figleafs.

That may only be a part-explanation though. The other reason lies in screen persona. They may all have been doing the same crass stuff but while others remembered to give their characters a muscular, high-principled aura, Govinda’s characters chose an unapologetic, droll-y approach.

If others tamed rich shrews to impart moral lessons, Govinda did it in search of – ahem - quality time. If others used fists to sort evil, Govinda preferred smarts. While other eyes burnt while moralizing, Govinda’s retained a twinkle. As for pelvic gyrations and unsavory dialogue and lyrics, if they remained relatively in check in others, it was in deference to their limitations of age and / or movement, not enlightened mindsets. The titillatory exertions of female cast members alone will attest to that.

In the final analysis then, it is in his unrepentant quest for entertaining audiences that Govinda’s stigma (as also his USP) lies. The potion we were served was the same - we took it from men perched on pulpits but rejected it when it came from the cheeky street seller. And even when we found the street seller’s potion heady, we remained reluctant to acknowledge it. That, all said and done, says more about us than the street seller.

Make amends then. Breathe better. It has worked well for me for a while, and will make a wonderful birthday gift. Happy birthday, Hero No. 1.

(The writer is a Gurgaon-based policy analyst, columnist and author. His second work of fiction has recently been released by Juggernaut Books. He tweets at @ManishDubey1972)