Alleging that the former Punjab chief minister was playing into the hands of people with whom he had no ideological ties, Rawat said Singh should have stood with the Congress leadership to save democracy. 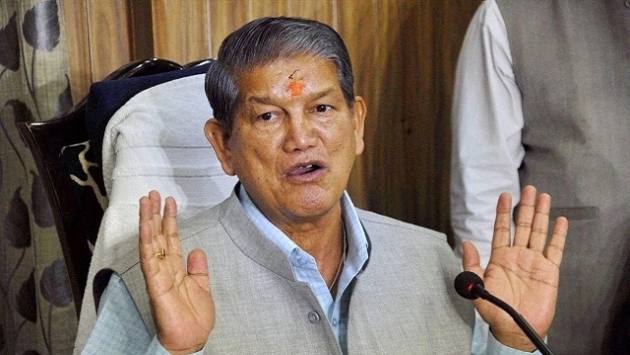 The senior Congress leader also warned the Centre not to attempt toppling a majority government in the state.

Rawat said Singh should have stood with the Congress leadership to save democracy instead of playing into the hands of people with whom he had no ideological ties.

"His proximity with (Union home minister) Amit Shah and some other BJP leaders puts his secular credentials in doubt," he said at a press conference here.

Rebutting allegations that the party had humiliated Singh, Rawat said it always gave him respect.

"Amarinder Singh was Punjab Congress president thrice and chief minister twice. Is it humiliation? He should compare himself with senior party leaders who had got much less than him in terms of opportunities," the former Uttarakhand chief minister said.

"At a time when the country faces the challenge of saving democracy, Amarinder Singh should have stood with (Congress chief) Sonia Gandhi and strengthened her fight to save democratic values instead of playing into the hands of people who are using his so-called humiliation for political reasons," Rawat said.

Rawat also warned the BJP-led Centre not to attempt to topple a majority government in Punjab. His warning comes after Singh met Shah in New Delhi on Wednesday.

Channi is from the Dalit community and every political party should support him, Rawat said.

"But I warn the BJP government at the Centre not to try to topple a majority government in Punjab," he said and advised Singh not to walk into the BJP's trap.