Vij will continue to hold the departments of Home, Health, Technical Education, Science and Technology. Notably, Vij was conspicuous by his absence at the oath-taking ceremony of the newly inducted Ministers. 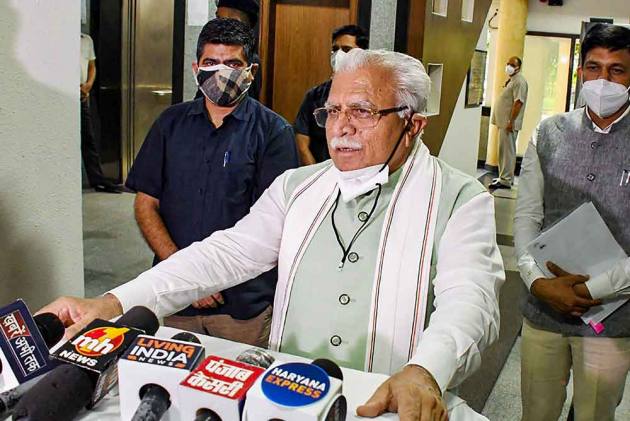 A key department -- Urban Local Bodies -- held by senior Haryana Minister Anil Vij was allocated to newly inducted minister Kamal Gupta on Wednesday while Chief Minister Manohar Lal Khattar also gave up one portfolio. Khattar has given up one department under him -- Housing for All -- which along with the ULB has also been allocated to Gupta, two-time BJP MLA from Hisar.

Haryana Governor Bandaru Dattatreya, on the advice of the chief minister, allocated/reallocated portfolios amongst the members of the Council of Ministers consequent to the induction of two new ministers to the council, an official statement said. Development and Panchayats department, which was among several departments held by Deputy Chief Minister Dushyant Chautala, has been allocated to another newly inducted minister Devender Singh Babli, a Jannayak Janta Party (JJP) leader.

Besides, Babli will also hold the charge of the Archaeology and Museums department, which was held by another JJP leader and minister Anoop Dhanak. Dhanak will now also hold the Labour and Employment department, earlier held by Dushyant Chautala, while the former has also been additionally allotted portfolios of Revenue and Disaster Management, Industries and Commerce, Food, Civil Supplies and Consumer Affairs, but these will be attached with the Deputy CM.

Vij will continue to hold the departments of Home, Health, Technical Education, Science and Technology. Notably, Vij was conspicuous by his absence at the oath-taking ceremony of the newly inducted Ministers. Haryana BJP chief OP Dhankar, when asked about Vij's absence, had on Tuesday said, "He is our senior leader and we take decisions after consulting him".       When specifically asked if Vij was unhappy over any issue, Dhankar had said, "He is our senior leader and the best performer".

Earlier last year, after a tug-of-war with Khattar for days over the control of the CID in Haryana, Vij was stripped of the charge of the department, which was later allocated to the chief minister. Vij had then expressed unhappiness over not being briefed or given feedback on various issues by the CID. However, after being stripped of the CID department charge, Vij had said he has always maintained that the chief minister is supreme and can take away or divide any department.

Earlier on Tuesday, Gupta and Babli were sworn in as ministers in Haryana after Chief Minister Khattar expanded his cabinet in the second rejig carried out after a gap of two years. With their induction, the strength of the Haryana Council of Ministers has gone up to 14, including the chief minister, which is the upper limit. The Bharatiya Janata Party (BJP) fell short of a simple majority in the October 2019 Haryana assembly polls, winning 40 of the 90 seats, and subsequently, it forged an alliance with the JJP, which has 10 MLAs. The BJP formed the government in the state with the support of JJP lawmakers and Independent MLAs.