Hat Tip To The Murty Classics

For India's wealthy charity at most means building temples or expensive hospitals. It is encouraging that the younger Murty is giving away his money in this fashion. 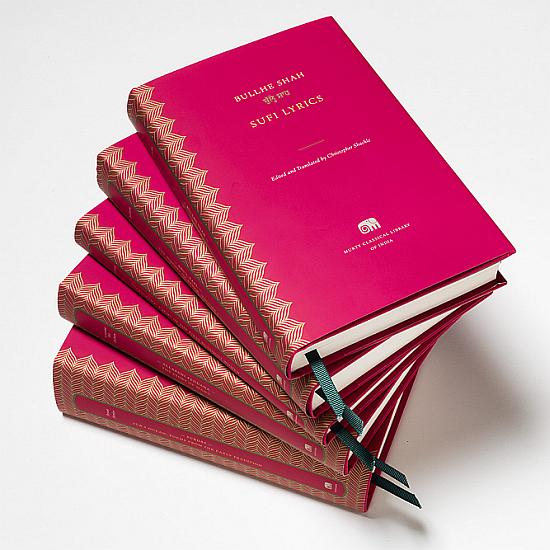 ‎One of my favourite series of books is the Loeb Classical Library, published by the Harvard University Press. It consists of hundreds of volumes of translations of the Ancient Greek and Latin texts. The books are unique for many reasons. The first is their size. They were designed to be "of a size that would fit in a gentleman's pocket."

The volumes are all 6 and 3/8 inches long and 4 1/4 inches wide, and that makes them almost tiny. They are the smallest books in my library of over 6,000. None of them is particularly thick, because often one book is issued in several volumes. And so, for instance, three plays of Euripides might be in a single volume, while the history of the Persian war written by Herodotus is in four volumes.

The Loeb books are those that the civilised European was expected to read till as late as the second half of the 19th century. The works of Plato and Aristotle, of Hippocrates and Plutarch, of Polybius describing the victories of Hannibal and of Arrian recording the conquests of Alexander, the Iliad and the plays of the great tragedians are all to be found here on the Greek side. The Latin volumes have Cicero and Seneca and Caesar (one of the best ancient writers of history) and the later writers of satire, like Lucian, and history, like Livy and Suetonius. It is a list that begins with Homer, who existed somewhere around the 8th century BC to the Romans over 1300 years later.

The second reason these books are unusual is that they have the original Greek or Latin text on each left hand page and the modern English translation on the right. For those of us who can read a bit of these two languages, this is a great blessing. The writer Virgina Woolf wrote of the series in 1917 that:

"The Loeb Library, with its Greek or Latin on one side of the page and its English on the other, came as a gift of freedom… The existence of the amateur was recognised by the publication of this Library, and to a great extent made respectable… The difficulty of Greek is not sufficiently dwelt upon, chiefly perhaps because the sirens who lure us to these perilous waters are generally scholars [who] have forgotten…what those difficulties are. But for the ordinary amateur they are very real and very great; and we shall do well to recognise the fact and to make up our minds that we shall never be independent of our Loeb."

The volumes are all hard bound and separated by colour. Greek is green and Latin texts are red. The third thing that makes them special is that they were funded by philanthropy. These first volumes included "A Word About Its Purpose and Its Scope" from James Loeb to explain the mission of the Loeb Classical Library:

"To make the beauty and learning, the philosophy and wit of the great writers of ancient Greece and Rome once more accessible by means of translations that are in themselves real pieces of literature, a thing to be read for the pure joy of it, and not dull transcripts of ideas that suggest in every line the existence of a finer original form from which the average reader is shut out, and to place side by side with these translations the best critical texts of the original works, is the task I have set myself."

I bring this up because of the release of the first set of an Indian series which promises to be as valuable as the Loeb. This is the Murty Classical Library, also published by Harvard University Press.

Funded by the son of Infosys billionaire Narayana Murthy, Rohan (who spells his last name differently), the Murty Library aims "to present the greatest literary works of India from the past two millennia to the largest readership in the world" and "to reintroduce these works, a part of world literature's treasured heritage, to a new generation."

The Murthys (senior), fellow Infosys billionaire Nandan Nilekani and Azim Premji of Wipro have been the most active of India's billionaires in their charitable and philanthropic work. Regretfully, they are exceptions among India's wealthy, for whom charity at most means building temples or expensive hospitals, and it is encouraging that the younger Murty is giving away his money in this fashion.

The first five volumes to have been released last month are: Bullhe Shah's Sufi Lyrics; volume 1 of The history of Akbar by Abul Fazl; Therigatha: Poems of the first Buddhist women; the Telugu classic The story of Manu; and Sur's Ocean, on the work attributed to the blind poet Surdas.

The Murty works are bigger than the Loeb but retain the same left page original-right page translation format. More will be published each year, and given the diversity of just the first five I expect that like the Loeb, the Murty Classics will in time become definitive.

A Moonlit Evening With Amitav Ghosh