Maulana Madani also said that hatred cannot be countered with hatred, only ignorant people can try to extinguish the fire with fire. 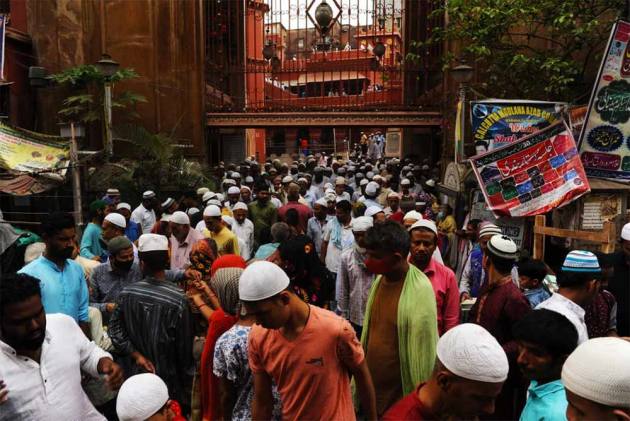 After being elected Vice President of All India Muslim Personal Law Board, Arshad Madani said that all sections of the society should come together to fight sectarianism and muslims alone could not fight the hatred being spread by a handful of people particularly in North India.

Maulana Madani said, "We cannot win the war against sectarianism alone. We have to bring together all secular-minded people of the society. We have to come together to put out this fire of hatred and sectarianism. If we do so, we can defeat the sectarian forces."

Explaining the game of sectarianism and hatred in north India in comparison with South, he said, "The main reason for this is political interest. Provocation and outrageous statements are being made to create sectarian classification at the social level in order to achieve success in their nefarious plans by completely isolating the majority from the minority."

He further said that there are only a handful of people who are fanning the flames of hatred and sectarianism but they are powerful because they have the backing of the people who are in power, and therefore the hands of law cannot reach their necks.

Maulana Madani also said that hatred cannot be countered with hatred, only ignorant people can try to extinguish the fire with fire. "In contrast, we must promote brotherhood, unity and love, which has been our and our country's long history. This history must be revived," he said.

Madani said the government's attitude towards the issues regarding the growing dangers of sectarianism in the country, and the things that have been presented in the whole country, is based on hatred and prejudice.

"Interference in Sharia rules is in fact based on the same politics of hatred and prejudice. We have apparently no power to stop these things, and those who are doing this have the power of authority which is considered to be the greatest power in today's world," Madani said.

But there are many people in the country who consider the current situation as worrisome, and they are unhappy with what is happening against a certain class of people in the last few years. They also think that such things are very dangerous and harmful for the country.

"Therefore, in order to counter this conspiracy, we have to bring together all those people of the majority who consider these things as wrong, and who believe that such politics is extremely dangerous for the unity, integrity and development of the country." he said.