The Bombay High Court has refused to uphold the conviction and death penalty awarded to a man in the case of alleged gang-rape of two women and the killing of one of them in 2012, noting that the prosecution had failed to prove the case beyond reasonable doubt and the testimony of the surviving victim could not be relied upon. 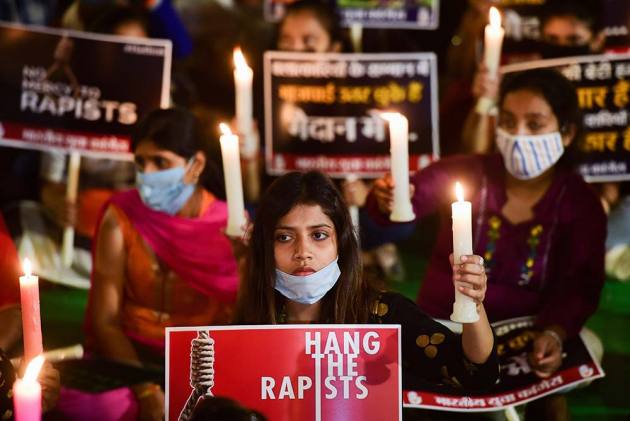 A division bench of Justices Sadhana Jadhav and Prithviraj Chavan in its order issued on November 25, a copy of which was made available on Thursday, acquitted Rahimuddin Mohfuz Shaikh and directed that he be released forthwith.

The court refused to confirm the death penalty awarded to the accused by a sessions court in neighbouring Thane district in the case of gang-rape of the two women, who were rag-pickers, and the killing of one of them.

The second accused in the case was earlier declared as a juvenile. The bench in its order raised doubts on the survivor's testimony and said there was substance in the suggestions made by the accused that she used to indulge in prostitution.

The court also took note of the fact that the victims were not forced by the accused to accompany them and that they had consumed liquor with the accused without any hesitation.
“In an accusatory system, such as that prevailing in our country, it is for the prosecution to prove beyond reasonable doubt that the accused committed the offence; it is not for the court to speculate as to how the crime has been committed,” the judgment said. The HC said "in the Indian setting, refusal to act on the testimony of a victim of sexual assault in the absence of corroboration as a rule, is adding insult to the injury".

However, in the present case, the facts, circumstances and evidence, the complicity of the accused itself is shrouded with doubts and suspicions and hence, it would not be safe to reply upon the sole testimony of the survivor, the court said.

“Having appreciated the entire evidence on record as well as material discrepancies, lacunae and blatant illegalities would definitely indicate that the prosecution has utterly failed in connecting the dots and bringing home the guilt of the accused,” the HC said.

Merely because the crime is heinous and brutal, it would not be just to get carried away sans any legal proof required to substantiate the charge of murder and rape, the HC said, adding this can, at the most, be a case of strong suspicion and no more.

“There is absolutely no question of awarding death sentence to the accused, rather, it is the case wherein the accused must be given a benefit of doubt, nay, it would be a travesty of justice,” the HC said in its order.

According to the prosecution, at the time of the incident, the survivor was 19 years old while the other woman who was killed was 28 years old. They were both rag-pickers.

In May 2012, the accused persons told the victims that they had arranged a job for them and took them to neighbouring Navi Mumbai where they consumed liquor. After this, the accused allegedly gang-raped the women and assaulted them. While one of the victims died on the spot, the other managed to escape. Based on her statement, the police arrested the duo.
The court in its order noted that the victims were not coerced or forced by the accused to accompany them in a rickshaw.

“It is also apparent that both the deceased victim and the survivor victim had consumed liquor at ease without any hesitation. Rather, it is not the evidence of the survivor that they were forced or compelled to consume liquor,” the HC said.

The bench observed that the survivor's medical papers also demonstrate the fact that she had a history of consumption of unknown drugs and on the day of the incident before the alleged assault. The court also took note of suggestions made by the accused that the victims had indulged in prostitution.

“If they (victims) were earning their livelihood as rag-pickers, they would not have readily accepted the invitation and offer of the accused, who, according to them, were unknown and would accompany them, consume liquor and go under the bridge in a hollow. Be that as it may,” the court said.

The HC further said the survivor was taken to a psychiatrist where she claimed that she used to have depressive thoughts and had also tried to end her life in the past.

“Looking at the report of the psychiatrist coupled with the fact that the survivor was under the influence of liquor at the time of the incident, it would not be safe to accept her testimony as a truthful version of the incident in respect of the alleged assault by the accused,” the judgment said.

The bench noted that the survivor's complaint recorded in the hospital was not read out to her and hence, her complaint has been rendered “otiose”.

“She (survivor) herself did not know what was written by the police. This goes to the very root of the persecution case. This is a canard,” it said. The bench further said the investigation in the case had been carried out in the most “casual and perfunctory manner”.

Even the trial was conducted in a casual manner and the trial judge had passed the judgment of conviction and sentence of death penalty was awarded without application of mind, it said.

The court said while there was no dispute that the survivor had been brutally assaulted, the prosecution has not brought forth sufficient and believable evidence to connect the accused with the injuries sustained by the survivor and that he was also responsible for causing the homicidal death of the deceased victim.

In a criminal trial, the burden of proving the guilt of the accused beyond all reasonable doubts always rests upon the prosecution, it said.