Justice C Hari Shankar also said if Gokhale fails to comply with the directions within 24 hours of the order, Twitter shall take down the tweets made against Puri, former Assistant Secretary-General at the United Nations. 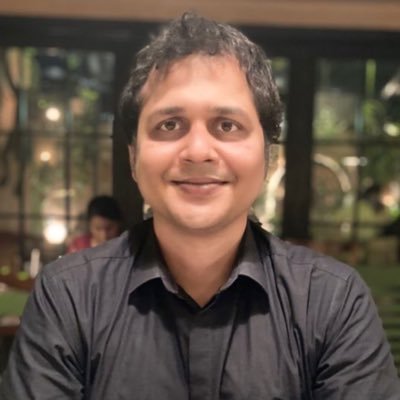 This action came from the observation that misleading approaches  on social media can tarnish their hard earned reputations based upon their years of selfless service and toil.

In an interim order, the high court directed Gokhale to immediately delete from his Twitter account all tweets against Puri, saying the damage that she and her husband have suffered is apparent but it is one of the unavoidable pitfalls of access to social media platforms.

Justice C Hari Shankar also said if Gokhale fails to comply with the directions within 24 hours of the order, Twitter shall take down the tweets made against Puri, former Assistant Secretary-General at the United Nations.

Gokhale, in his tweets on June 13 and 26 made reference to certain property purchased by Puri in Switzerland and also referred to her husband.

The court passed the order on a defamation suit filed by Lakshmi Puri seeking Rs 5 crore damages from Gokhale, also a freelance journalist, and a direction that he deletes the tweets.

“It is an unfortunate truism, of human nature – which forms subject matter of philosophical debate since ages – that we prefer brickbats to bouquets. Criticism always makes for better press than praise, and the more vitriolic the criticism, the better,” the court said in its 22-page verdict.

The exponential fashion in which social media platforms have evolved, has provided fertile soil for the growth and mushrooming of this unfortunate human tendency, it said.

The court said reputations, nourished and nurtured over years of selfless service and toil, may crumble in an instant; one thoughtless barb is sufficient.

It said in the age of social media, desecration of the reputation of a public figure has become a child’s play and all that is needed is the opening of a social media account and posting messages.

Thousands of responses are received and in the process the reputation of the man, who is targeted, becomes mud, it said.

It added that senior advocate Maninder Singh, representing Puri, has pointed out that till the date of filing of the suit, the tweets posted by Gokhale had been “liked” by more than 26,270 users and “re-tweeted” by over 8,280 users.

The responding tweets by members of Gokhale’s target audience are in very poor taste, containing abuses, allegations and opprobrious epithets against the couple, it said.

Considering the false representations contained in the tweets, the court said it required “immediate peremptory orders”, without awaiting a formal response from Gokhale.

“The loss and prejudice that the plaintiff is likely to suffer, as a consequence of the thoughtless tweets of the defendant, cannot be compensated in monetary terms,” it added.

In her suit, filed through Karanjawala and Company, Puri alleged that Gokhale has made false and factually incorrect, per-se defamatory, slanderous and libelous statements/ imputations against her and her family.

Referring to the facts of the case, the court observed that the Swiss apartment was purchased by Puri in 2005 and it was disclosed by her to the MEA, in Income Tax returns and even her husband had mentioned it in his election affidavits in 2018 and 2020.

The bona fides of the series of tweets appear to be seriously questionable, the court said, adding that Gokhale has been economical with the truth, misleading his “followers” into believing that Puri was on deputation with the UN, drawing a salary of Rs 10-12 lakhs, and purchased the apartment from this salary.

The court said he concealed the fact that Puri had availed a bank loan for paying the flat's and questioned her wherewithal to purchase the flat from her official earnings.

“Prima facie, the barrage of tweets directed by the defendant against the plaintiff, with a majority of them having been posted on a single day – June 23, 2021 – constrains this court to observe that the exercise undertaken by him appears to have been actuated by a clear desire to target the plaintiff and her husband, for reasons which seem, at the very least, to be recondite,” it said.

“The defendant is restrained, pending further orders of this court, from posting any defamatory, scandalous, or factually incorrect tweets on his Twitter account against the plaintiff or her husband,” it said.

The court issued summons to Gokhale on the main suit and directed him to file his written statement within four weeks and listed the case before the Joint Registrar on September 10.

It refused to accept the submission of Gokhale’s counsel Sarim Naved that before posting messages on a social media platform, made accessible to all members of the public, against any person, “no due diligence” is necessary.

"Such a submission, if accepted, would place the reputation of every citizen in the country in serious jeopardy, and open to ransom at the hands of every social media vigilante, some of whose intentions may be less than honourable," the court said.

“This is all the more so in the case of public figures, whose actions are, as a matter of course, subjected to intensive and invasive dissection by all members of the public. Accusative tweets, such as those which the defendant has posted against the plaintiff, therefore, attract much more adverse, and derogatory, comment than those against persons who do not live in the public gaze,” it said.

After the court order, Gokhale tweeted lines by American poet Maya Angelou: “You may shoot me with your words, You may cut me with your eyes,
You may kill me with your hatefulness,
But still, like air, I’ll rise.