Pandit said she was an admirer of the musician and was thrilled when she got a call from Malik's manager to come to Andheri's Empire Studio in mid-2001 to meet him. 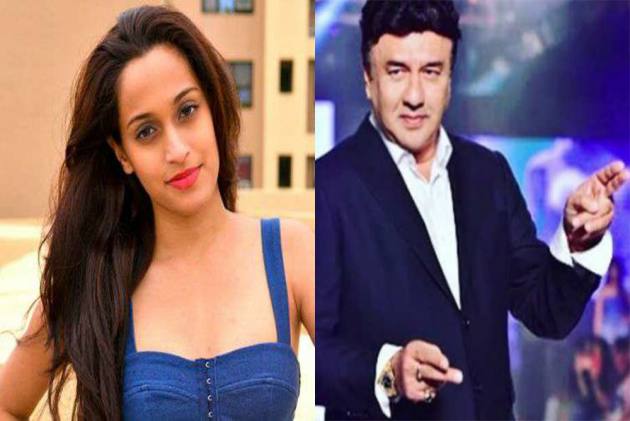 Singer Shweta Pandit on Wednesday accused music composer, Anu Malik of harassment when she was a minor.

In a lengthy post on Twitter, the singer accused Malik of being a "paedophile and sexual predator", saying he misbehaved with her when she was a greenhorn in the Hindi music industry.

"It was the year 2000 when I was launched as a lead singer with 'Mohabbatein' and was trying to get other good songs to follow up with the success of that soundtrack and the outstanding welcome it gave me in the music industry," she said.

Pandit said she was an admirer of the musician and was thrilled when she got a call from Malik's manager to come to Andheri's Empire Studio in mid-2001 to meet him.

"He was recording a group song with Sunidhi and Shaan for the film 'Awara Pagal Deewana', when my mother and I walked in the monitor room. He told me to wait in the small cabin inside where singers sang at Empire studio. It was just him and me there," she said.

Malik then asked Pandit to sing a few lines for a voice test.

"I sang it well so he said, 'I'll give you this song with Sunidhi and Shaan but first give me a kiss now'. He then smiled, what I'd recall the evilest grin I've seen. I went numb and pale in the face. I was only 15 years old then, still in school," she said.

"Can anyone even imagine what it felt that moment? It felt like someone had just stabbed me in my stomach. I referred to this man as 'Anu uncle' he knew my entire family for decades and knew us as a respected gharana of musicians...," said Pandit, who is the grandniece of veteran Classical singer Pandit Jasraj.

Calling it the "worst experience of my life", the singer said she was depressed for months after the incident and could not even bring it up with her parents.

A week ago, singer Sona Mohapatra had also called Malik as a "serial predator".

In response to Pandit's allegation, Mohapatra thanked her for speaking up and calling out Malik.

"Sending you love, big healing and strength @ShwetaPandit7. That #AnuMalik did this to you as a child is something #India has to make note of. Thank you so much for being brave and bringing this out in the open. I know how difficult that is and the pressure to let 'bygones be bygones'.

"That so many people trolled me for my #AnuMalik #TimesUp story scoffing because they think calling me 'Maal' or calling up at odd hours doesn’t constitute as sexual harassment. Please note, you don't know Sh*t. Predators do much worse when they get a chance because of people like you," she wrote on Twitter.

When contacted for a response to Pandit's allegations, Malik told PTI, "No comments. This is ridiculous. I don't want to talk about it. Today anyone says anything."

The #MeToo movement has taken the social media by storm with women from various fields openly narrating the old instances of sexual harassment and naming their tormentors.

On Wednesday, the Minister of State for External Affairs M J Akbar stepped down in the face of mounting pressure following a spate of allegations of sexual harassment against him by several women journalists, who welcomed his resignation as a "vindication".