Raut further underlined that the time to pass an ordinance is now as the situation in the Parliament may not be favourable after the 2019 general elections. 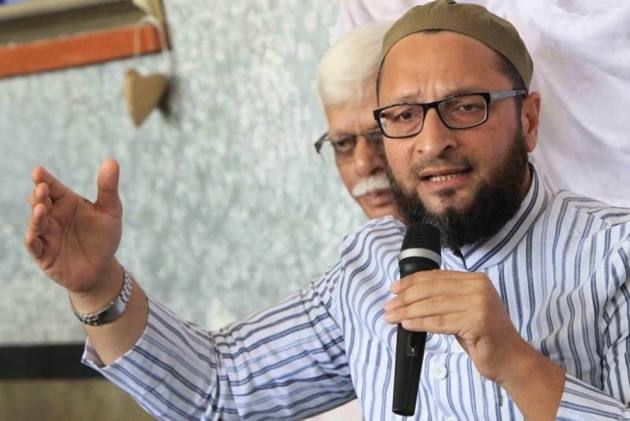 The Shiv Sena on Saturday lashed out at All India Majlis-e-Ittehadul Muslimeen (AIMIM) president Asaduddin Owaisi over his criticisms on the recent push by the Rashtriya Swayamsevak Sangh (RSS) for the Centre to pass a law and commence construction of the controversial Ram Janmabhoomi Temple in Ayodhya.

Through their editorial mouthpiece Saamna, the Sena reiterated their stance on the Ram Temple, urging the Centre to pass an ordinance for the construction of the temple as they have a majority in both the Lok Sabha and the Uttar Pradesh Assembly.

The Sena further berated Owaisi for his comments against such a move, saying, "People like Owaisi oppose the construction of the Ram Temple. They dare us to construct the temple. There is no need to pay attention to such vile people."

"Babar's grave is lying unattended in Afghanistan, Muslims there do not have faith in him. If Owaisi's ancestors are from Babar's lineage, he should go to Afghanistan and adopt the Taliban ways. He should not stir Hindu-Muslim debates in India," the Saamna article added.

The castigation comes in the wake of Owaisi mounting an assault on the RSS over chief Mohan Bhagwat's Vijayadashami speech on Friday, wherein the Sarsanghchalak urged the Bharatiya Janata Party (BJP)-led central government to "clear the path for construction of the grand temple through appropriate and requisite law."

Owaisi said that the RSS and the BJP are totalitarian entities who do not "believe in pluralism or rule of law," adding that Bhagwat calling on the government to pass laws in their favour on an issue that is currently being disputed in the Supreme Court "is a clear example of when a nation is converted into totalitarianism."

Elaborating on the issue, Sena leader Sanjay Raut said, "Asaduddin Owaisi should stay limited to Hyderabad. Ram Temple will be built in Ayodhya, not in Hyderabad, Pakistan or Iran. People like him are trying to mislead the Muslim community people with their politics. This will cause huge damage in the future."

Raut further underlined that the time to pass an ordinance is now as the situation in the Parliament may not be favourable after the 2019 general elections.

"If a law is not made today, it will never be made later. Today, we have a majority, we don't know what will be the situation after the 2019 elections. The courts cannot solve the Ram Temple issue; it is a matter of faith. It is a matter of political willpower and Modi Ji can do it," Raut said.