'He Was An Ace Fighter Pilot': Here's How People Paid Tribute To Air Commodore Sanjai Chauhan

Chauhan, aged around 50, was a decorated and highly experienced fighter pilot. 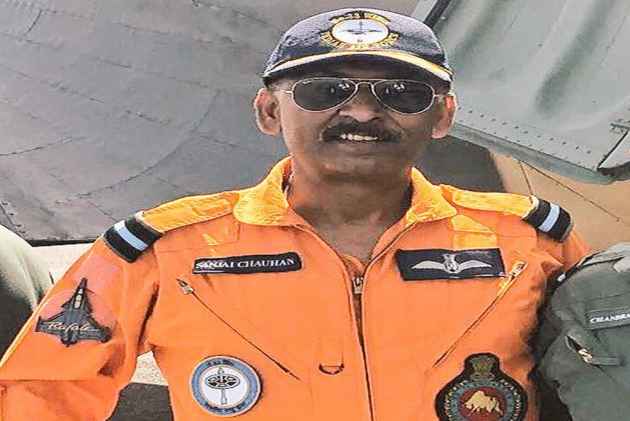 An Indian Air Force Jaguar fighter jet crashed in Gujarat's Kutch district soon after it took off from the Jamnagar air base on Tuesday, killing Air Commodore Sanjai Chauhan who was piloting the aircraft, a defence spokesperson said.

Here's all you need to know about the officer:

* Chauhan was a recipient of the Vayu Sena Medal and was the Air Officer Commanding of Jamnagar Air Force Station.

* He was flying the deep penetration Jaguar fighter jet.

* Chauhan, commissioned in fighter stream of the IAF on December 16, 1989, was a Qualified Flying Instructor (QFI) and Experimental Test Pilot with over 3,800 hours of service flying.

Saddened with the loss of Air Cmde Sanjay Chauhan in a Jaguar air crash today. Fondly remember him from our training days at National Defence Academy. Heartfelt condolences to the family. RIP brave soul.

* Chauhan, aged around 50, was a decorated and highly experienced fighter pilot.

This is what I call -A Real Hero!
Air commodor Sanjay Chauhan died in a Jaguar crash.He didn’t eject because aircraft was over the village and could have taken many lives ,so he went down with his plane ! RIPðº
Salute you sir for your unconditional services for motherlandð®ð³ð pic.twitter.com/OJEgi4MG9h

* "During his service, Chauhan had held several important posts such as the Commanding Officer of the Test Pilots' School. He also commanded a fighter squadron of the IAF," said one of the officials.

Saddened with the loss of Air Cmde Sanjay Chauhan in a Jaguar air crash today. Fondly remember him from our training days at National Defence Academy. Heartfelt condolences to the family. RIP brave soul.

Met him whn #VP905 #Parashurama touched dwn 1st time in India at Jamngr.Thts him in Orange overalls wth my fathr.#RIP #AirWarrior. My condolences to his family n @IAF_MCC ðð»ð¢ pic.twitter.com/qyu6fJOZ6u

* Chauhan also had the unique experience of flying modern foreign fighter jets such as Rafale, Gripen and Euro Fighter as the leader of evaluation for the Medium Multi Role Combat Aircraft selection.