Try your hand at an elegant, old puzzle. It’s not too hard. 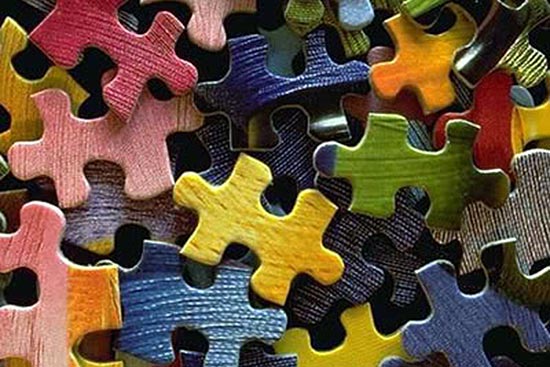 Happy 2016, everybody! As always, multiple acquaintances were posing logic puzzles to each other during the festive period. Problems requiring abstract thought are especially hard to solve at a time when most people are focussed on eating and drinking (especially the latter!) in somewhat excessive quantities. The quality of puzzles also varies inversely with the quantity of puzzles.

Still, amidst a plethora of puzzles, some always stick out due to elegance. The one that follows is an old chestnut and not very hard. But it is elegant and it is probably easier to solve if somebody thinks algebraically rather than numerically.

A total of 30 one-rupee coins are hidden under a thick cloth. Of these, 10 coins are placed heads-up and the rest are tails-up. It is impossible to tell which side of the coin is facing up, just by feel. You are given a second cloth and blindfolded and asked to divide up the coins into two groups in any proportion that you choose. You can flip as many coins over as you please. The object: At the end of all your flips and the division, there should be an equal number of coins with heads up under each of the two cloths. (Putting coins on rims would not count as a solution, if you were dexterous enough to do this)

How do you do this?

Remember that hint about thinking algebraically!

Take a little time to try and get the solution

Transfer N coins to the second cloth by feel.

Now that second group of coins will contain some coins lying heads-up.

Let the number of coins lying heads up in the second group be X.

X in this case could be equal to any number between 0 to 10 inclusive.

The first set will now contain N minus X coins with heads up.

The second group contains N minus X coins with tails up.

So, just take the second set of coins and flip every one of them.

Since X number of coins now becomes tails-ups in the second group, it now has N minus X coins that are lying heads up.

That's the same as the number of heads up coins in the first group.

In this specific case, you move 10 coins to a second group and flip all 10. But as the algebra above indicates, this is a general solution. It will work whatever the exact numbers of N and X may be. The other mental trick of course, is to avoid instinctively splitting into equal groups.

I've seen several people solve this problem and their thought processes seem to be different. The "algebraists" tend to get it very fast. The "numericists" tend to take longer, usually working through a couple of permutations before they figure out the general solution.

There's been some work done on the language of counting numbers. Every major language uses unique words to describe the first eleven numbers (0-10). Few unique words are used after that, except for "hundred", "thousand", "million". Most languages "build" larger numbers logically, with compound words like  "twenty(plus)one, ninety (plus) two," etc,. Some languages – Korean, for example - use compound words almost exclusively after 10, with 11 named "ten-plus-one", etc.

Tests show that children who use a highly logical number-naming language can actually mentally calculate numerical problems faster. It's something to do with the logical structure of the language reinforcing the logic of numbers.

A logical problem like that of the coins makes you wonder if there may be an advantage to actually teaching algebra very early - maybe even before counting by numbers is taught?