Rain has caused widespread damage in neighbouring Uttar Pradesh, with 16 people reported dead in 16 districts of the state in 48 hours. 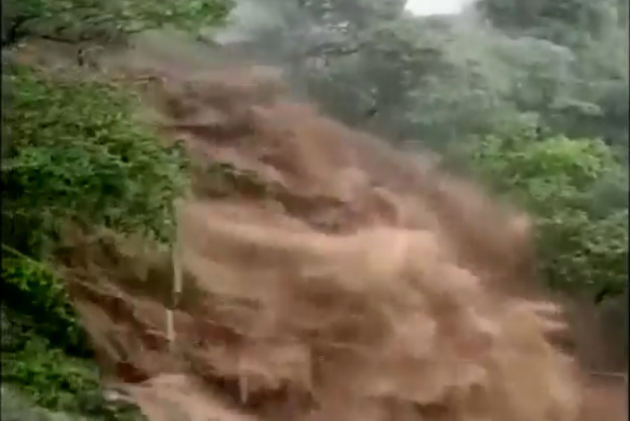 Police had to clear up the fall area and tourists were asked to evacuate. It was reported that strong currents of the waterfall forced water splashes into local shops, alarming locals and tourists at the spot.

In a Tweet, ANI also pointed out that how rise in water flow of Kempty Falls in Tehri Garhwal district following heavy rainfall. Shops closed, tourists rescued by the police. #Uttarakhand

Rain has caused widespread damage in neighbouring Uttar Pradesh, with 16 people reported dead in 16 districts of the state in 48 hours, as reported by NDTV.

Mussoorie has been receiving incessant rains since Saturday. Met office issued a 24-hour alert of heavy to very heavy showers in parts of Uttarakhand, waterlogging was witnessed in several places in Mussoorie.

“With the help of shopkeepers and locals, the police led the rescue operation and safely took out all the tourists,” said Prakash Pokhriyal, station officer Kempty said as quoted by Hindustan Times.

As per the weather department, heavy rainfall is likley to occurr at isolated over Uttarakhand.