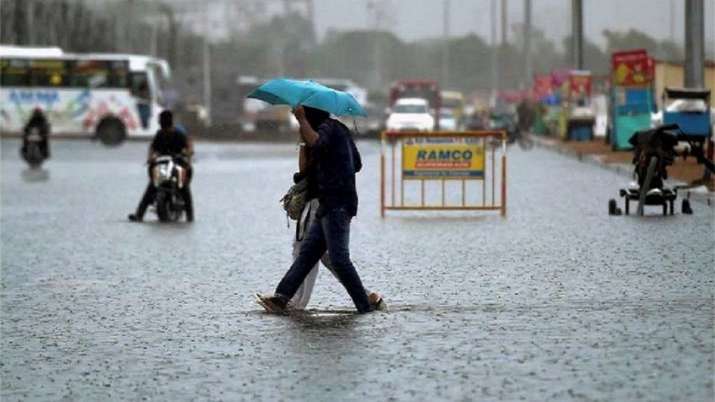 Owing to heavy and widespread rainfall in eastern parts of Rajasthan, several roads are  inundated in many places. Railway tracks are washed out in Gudha and Govindi Marwar station which falls under the ambit of Jodhpur division.

In Nagaur district, rainwater washed away the railway tracks between Gudha and Govindi Marwar junction on Saturday which affected trains movement for a few hours. Bhopal-Jodhpur special train was diverted due to restoration works.

The track was restored after a few hours, a North West Railway spokesperson said.

The Meteorological Department has issued a 'red alert', warning of very heavy to very heavy rain (more than 115.6 mm) at one or two places in Baran, Jhalwar districts on Saturday.

An 'Orange Alert' for heavy to very heavy rainfall has been issued for one or two places in Jaipur, Ajmer, Tonk, Sawai Madhopur, Bhilwara, Bundi, Kota and Baran districts.

For Karauli, Udaipur, Pratapgarh, Nagaur and Pali districts, a 'yellow alert has been issued warning of heavy rain.