Randeep Hooda had clarified that his intention was not to draw the attention of trollers. 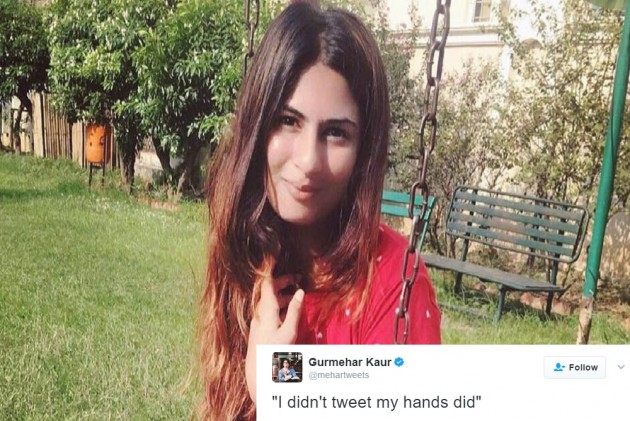 While the controversy sorrounding Gurmehar Kaur's campaign against ABVP seemed to have gone off the list of top social media trending topics, a single tweet from Kaur has once again brought it to the limelight.

Kaur took to Twitter in response to Randeep Hooda's clarification that his intention was not to draw the attention of trollers and encourage them to threaten the Delhi University(DU) student.

Kaur chose to respond Hooda in cricketer Virender Sehwag's tone who had tweeted," I didn't score two triple centuries, my bat did." Hooda had supported Sehwag's view on the matter.

However, while speaking at at the launch of second season of a TV show which he will be hosting, Hooda said," As an actor I have faced this (trolling) before and will have it in future but as a young person to face this would be very traumatic and she shouldn't have gone through this."

Randeep said online trolling had become a huge issue and needed to be addressed soon.

"When I spoke for Sanjay Leela Bhansali, I got trolled. It seems we are not having a conversation. We tend to be abusive. We are trolling people. It is absolutely wrong. You can have a point of view and you can disagree. Whether it is a man or a woman, it is wrong to troll and if it is a woman it is a crime," he added.

Earlier, Bollywood celebrities Anurag Kashyap, Tigmanshu Dhulia and Vidya Balan had come out in support of Delhi University student Gurmehar Kaur, saying she has the right to express her opinion and should not be trolled for it.