Deepika and Ranveer will again get married in a Sindhi ceremony on November 15. 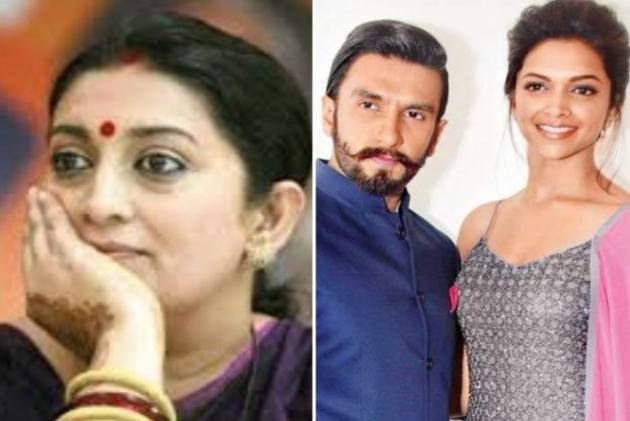 As Deepika Padukone and Ranveer Singh tied the knot on Wednesday after six years of relationship, the fans of the Bajirao Mastani actors are eagerly waiting to see the newlyweds in one frame. But, what is surprising that its almost 24 hours now but there is no picture available on social media. Among others, who want to see the married couple, we have Union Textile Minister Smriti Irani. Yes, you read that right!

Joining the bandwagon of those asking for images to be shared, Irani took to Instagram to write "#when you have waited for #deepveer #wedding #pics for too longgggg ?????" alongside a picture of a skeleton. 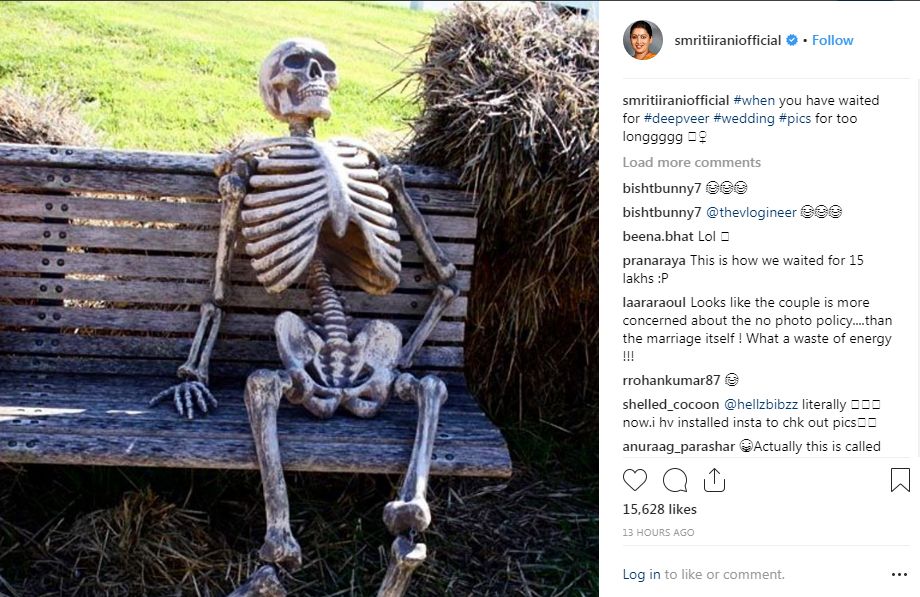 B-town's power couple officially tied the knot at the stunning Villa del Balbianello overlooking Lake Como in Northern Italy on Wednesday in a traditional Konkani style. However, no pictures from the ceremony have been released officially.

A group of 30- 40 guests stood around the railings of the patio, shielding the couple who were seated on the floor as the strains of a pandit's chanting stretched across this most bucolic of locations.

Security was extraordinarily tight as small powerboats manned by beefy security guards sailed round and round the smaller boat with journalists on-board.

Deepika and Ranveer will again get married in a Sindhi ceremony on November 15.