Hasina Parker, who died of a cardiac arrest in a Mumbai hospital in 2014, used to handle Dawood's business in Mumbai after her husband Ismail Parkar was killed by the rival Arun Gawli gang in 1991. 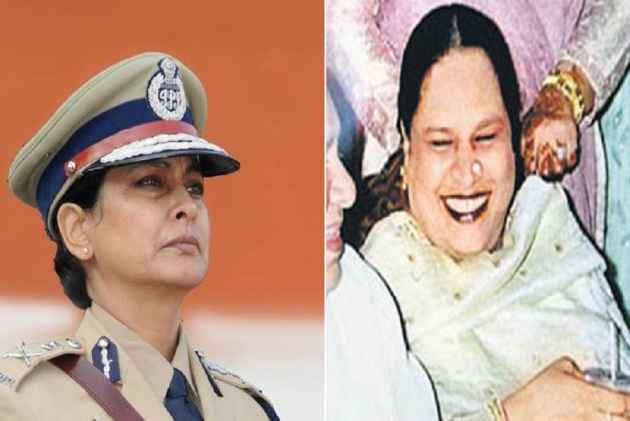 Hasina Parker, who died of a cardiac arrest in a Mumbai hospital in 2014, used to handle Dawood's business in Mumbai after her husband Ismail Parkar was killed by the rival Arun Gawli gang in 1991. Dawood retaliated by killing the murderers of his brother-in-law at the famous J.J. Hospital shootout, says this India Today report.

Borwankar, who retired on Saturday after 36 years of service, was after Haseena to crack the crime syndicate of India’s most wanted man Dawood. The police knew that Parker used to peddle her brother’s name to extort money and kept track of her.

Police were close on Parker’s heel and it annoyed her so much that she had ordered bespoke prayers to get rid of Borwanker.

A tapped conversation handed over to Borwanker by her team tapping Parker revealed the sheer desperation of the don’s sister.

In the clip, Parker could be heard saying: “Aisa karo. Ek special namaaz karao. Yeh Meeran Borwankar ki yahaan se badli karao!” (“Do a special prayers to get this Meeran Borwanker transferred out of my area.”

Last year, in April, Borwankar was appointed as Director General, Bureau of Police Research and Development(BPR&D),a consultancy organisation under the Centre for modernisation of police forces.

In the interview, Borwankar shared her experience in overseeing Kasab's hanging.

"You have to take the height, weight, measurements of the person to be hanged and make sand bag replicas according to that. Then you have to practise the hanging so that it is painless. The first time I saw this exercise, I got a severe headache. I could not take it," says Borwankar to the newspaper.