As per the latest excise policy, no wine and beer shop is permitted to be opened within 100 metres of any major educational institutions, religious places, and hospitals with fifty beds and above, the plea filed through Adv. Abhay Kumar pointed out, seeking the court's directions in this regard to respondents 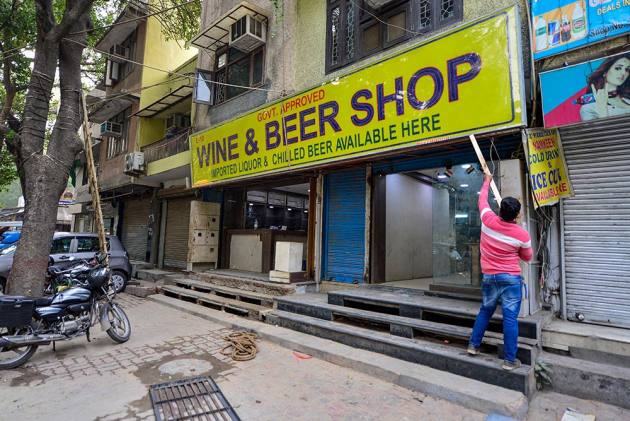 On Tuesday, the Delhi High Court sought the stand of the Aam Aadmi Party-led Delhi government on a writ petition seeking immediate closure of a proposed liquor shop here in Jangpura, citing the close proximity to religious institutions, hospitals, and schools.

The bench of Justice Yashwant Varma sought the stand of the Arvind Kejriwal government on the plea filed by Parveen Arora and other residents of the Jangpura area who sought direction from the respondents to take immediate action against the liquor shop. They alleged that the proposed wine and beer shop is in violation of the provisions of relevant laws including the Delhi Excise Policy, 2021-22.

As per the latest excise policy, no wine and beer shop is permitted to be opened within 100 metres of any major educational institutions, religious places, and hospitals with fifty beds and above, the plea filed through Adv. Abhay Kumar pointed out, seeking the court's directions in this regard to respondents -- the Government of NCT of Delhi, Commissioner (Excise, Entertainment, and Luxury Tax) and the Universal Wine and Beer Shop and its license holder.

Referring to the Delhi Excise Policy, the plea said the policy says that the retail vends can be opened in any of the markets, malls, commercial areas, local shopping complexes as long as the standard rules and regulations are followed which includes restrictions on opening vends within a specified distance of schools, religious institutions etc.

It further stated that the residents of Jangpura-A and Bhogal had already made complaints to their representative Councilor and local Member of Legislative Assembly and convened a meeting discussing various related issues including law and order problem, danger to the children, women, and elderly people.

Accordingly, a decision has been taken and they approached the court. All the residents made a peaceful agitation also in this regard and the news was also published in various newspapers, the plea added.