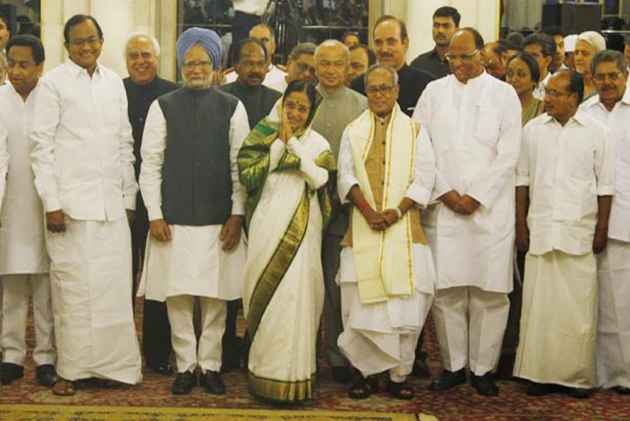 'Hung parliament’ is a phrase that terrifies the stock market. The thinking is that our economy needs strong and decisive leadership, and that a government formed without a single party's majority fails to provide this. A lack of economic direction is the result, accompanied by lower GDP growth. There are too many vested interests inside the Cabinet, and regional parties often have a veto on what can and cannot be done by the leadership. This is the basis of the thinking in favour of a majority government and against coalitions.

The evidence of recent years do not support this thinking. The five years of the UPA 1 coalition (2005-2009) produced an average GDP growth of 8.5%, the highest in any five years in India’s history. It was produced by a government led by a party, the Congress, that had only 145 seats.Some of the best legislation we have had in our country, including the Right to Information, also came in this period.

When the same coalition took power again in the next election, the Congress increased its seats to over 200. Ideally this should have meant a more decisive government with a freer hand. And perhaps this was the case. However, the GDP numbers do not reflect this. The economy grew at an average of just under 7% annually.  Though we must accept that this was also the period during which the world was recovering from a financial crisis, meaning that there was very little external support in achieving higher growth.

The weakest period of economic growth in the last 15 years has in fact come in a time when we have had a government with an absolute majority, and at a time when the global economy is roaring. I do not mean to comment on the performance of the government. My point is merely to illustrate that there appears to be no relation between a government with a majority and GDP growth as the stock market and its analysts seem to fear.

The other worry is that coalition governments cannot produce major reform. However, the biggest economic reforms in India, the ones of 1991 onwards, also came under a minority government that was for the entire length of its term susceptible to threats of collapse. The so called ‘dream budget’ of 1998 was presented by a coalition government that was perhaps the smallest in India’s history (being supported by the Congress from the outside). And so it is not easy to figure out, given this history, why the markets think coalitions are a bad thing for India.

The data Ninan presents seems to be quite clear. There is nothing to indicate to us, as the markets and analysts seem to believe, that a ‘strong and decisive’ government delivers anything that a ‘weak’ coalition cannot. It is about the leadership and its direction, and not the structure of the Lok Sabha itself that seem to be the most important factors. When real national interest is being debated, it does not seem to be difficult to bring all parties on board even when there is an absence of a clear majority. I would argue that there are times when a clear majority may not be such a good thing. In a nation like India, which is very diverse, it is often better, and wiser, to take the cautious, middle path rather than make some bold move that might turn out to be a gamble.

We should accept that some part of this thinking in favour of a one party government is also based on preconceived notions. For example, that regional parties are all corrupt and will always act in selfish ways. Or that caste-based parties are not sophisticated enough to be trusted with wise decision making. This is prejudice more than analysis, and in our democracy no one party can claim to be higher in any way than another.

The reason I wrote this is that recent events in north India indicate that it is possible that we are heading for a hung parliament in 2019 or one in which the ruling party does not have a majority. If this is so, and the opinion polls begin to predict that later this year, the market analysts and the business papers will tell us that it is a terrible thing for the economy and for political stability. However, our history says that it is not a problem and many of us even think that a hung parliament is welcome.