Martha Kennedy Morales, a student of third grade in the United States was astounded to find a letter from Hillary Clinton, consoling the child for losing the top office in the class presidential run by a single vote. 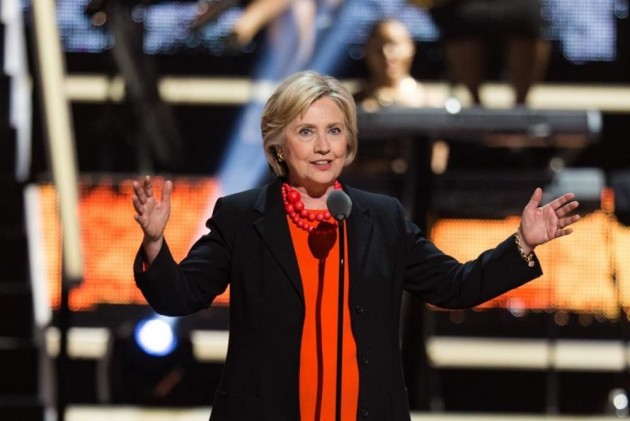 Hillary Clinton surprised an eight-year-old girl with a letter addressed to her after the school girl lost to a boy in a class presidential election.

Martha Kennedy Morales, a student of third grade in the United States was astounded to find a letter from Hillary Clinton, consoling the child for losing the top office in the class presidential run by a single vote.

Clinton wrote in the letter as obtained  by The Washington Post, "As I know too well, it’s not easy when you stand up and put yourself in contention for a role that’s only been sought by boys.”

Glad you had a good time and thank you for your heartfelt letter you sent to my Dad @Fitoldie :)! He was so thrilled to get something so special. pic.twitter.com/oEW1pFUpe1

Martha told The Washington Post, “My mom was just picking me up from school, and she pulled the letter out of her purse,” ...I opened it up, and it was a letter from Hillary Clinton. I was very surprised.”

Clinton learnt about the class presidential elections through a Facebook page. Martha's parents were actively updating details of the class election campaigns and had declared the third-grader's defeat in the run against school's popular fourth grader boy on the social media.

Hillary Clinton narrated  her own experience in the letter after she lost to the current President of United States, Donald Trump in 2016 electoral run.