The buses had halted for a tea break at Kotrupi in the night when the tragedy struck, said special secretary (Disaster) D D Sharma. 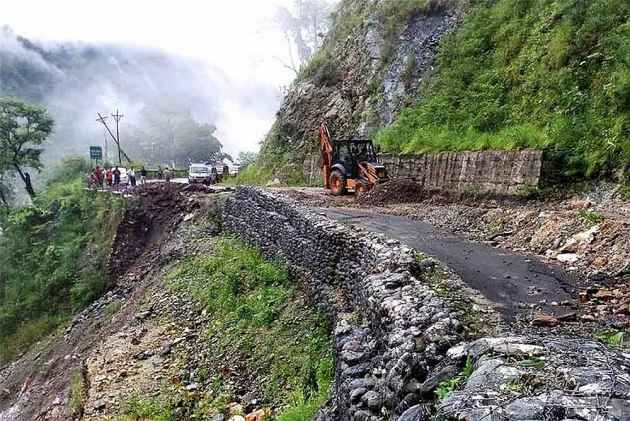 Two Himachal roadway buses were hit by a massive landslide triggered by a cloudburst on the Mandi-Pathankot National Highway, leaving eight passengers dead while the fate of 22 others was not immediately known.

Himachal Transport minister G S Bali said the toll could climb to 50 in the incident which took place last night.

The buses had halted for a tea break at Kotrupi in the night when the tragedy struck, said special secretary (Disaster) D D Sharma.

The landslide swept away the road and the buses for almost 800 metres down into a gorge and there was no trace of one of the buses which was completely buried under the debris so far.

He said immediately after receiving the information the ADM was rushed to the spot.

The Army and NDRF teams have reached the spot and started rescue operation along with the police, administration and local people. The IG central range and Deputy Commissioner and SP are on the spot, he added.

Director General of Police Somesh Goyal said that as per preliminary information there were eight passengers in the Manali-Katra Volvo bus while 47 passengers were travelling in the other bus.

Authorities have been directed to arrange for on the spot postmortem, he added.

So far eight bodies have been recovered which included the driver and the conductor of Chamba depot bus Chanden Sharma and Satpal.