The minister said the state BJP will be holding its Working Committee meeting in Shimla on November 24 during which it will discuss its poll strategy besides some “other reasons” behind the defeat of party candidates in the recent assembly elections. 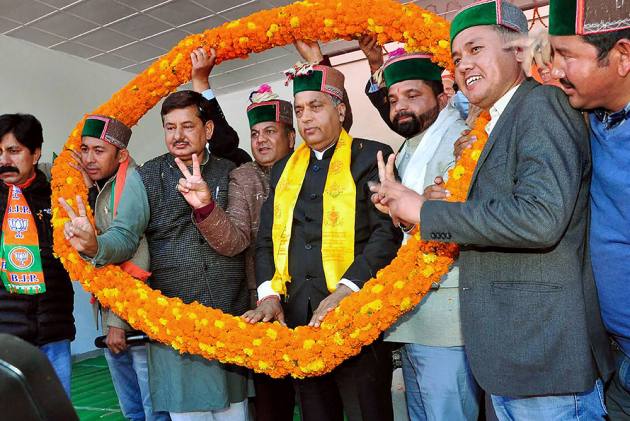 On Thursday, Himachal Forest Minister Rakesh Pathania said the party has learnt its lessons and is now preparing unitedly for the 2022 assembly elections. He attributed his party BJP’s defeat in the recent assembly bypolls to its “overconfidence”.

Pathania also sought to scotch speculation about a possible change in the party’s state leadership or cabinet reshuffle, asserting that the assembly elections will be fought under the leadership of Himachal Chief Minister Jai Ram Thakur only. “Senior party leaders, including BJP national president J P Nadda and HP former chief ministers Shanta Kumar and Prem Kumar Dhumal besides others, are handling the party unitedly,” he told reporters in an interaction with them here.

The minister said the state BJP will be holding its Working Committee meeting in Shimla on November 24 during which it will discuss its poll strategy besides some “other reasons” behind the defeat of party candidates in the recent assembly elections. The minister said he also discussed with officials here on Thursday about the early construction of the Central University campus at Jadrangal in Dharamsala and the expansion of the Dharamsala airport.
“At Jadrangal, 25 hectares of land is already in the name of the central university and the construction work will start simultaneously in Jadrangal in Dharamsala and Dehra campuses,” he said.

“As far as the expansion of the Kangra airport is concerned, the government is serious about it and the airport will soon be expanded. The state government is going to take up the matter of this airport with the Centre in December,” Pathania said. The minister said he is aware of several vacancies in Dharamsala Municipal Corporation in Dharamsala. The matter will soon be taken up with the government so that people do not face any kind of trouble for their work here, he said.

“These mango plants can be planted in smaller pieces of land and people can also plant them it in their kitchen garden pots,” said the minister, adding a plan is also being prepared for diversification of production of guava and orange.