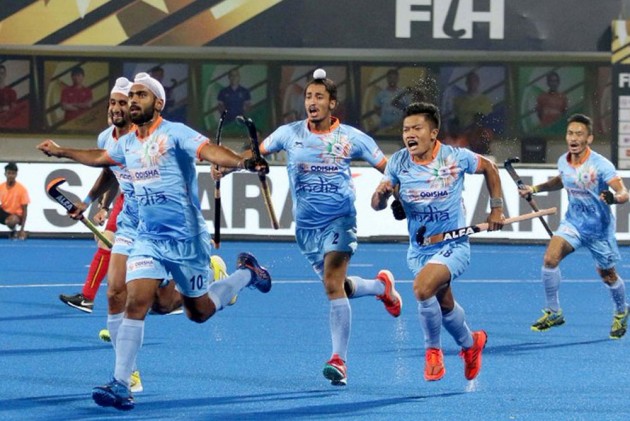 Former India centre forward Shivendra Singh is set to be appointed assistant coach of the national men's hockey team and will start working with the side next month. A livewire during his playing days, Shivendra will exclusively work with the strikers and form an integral part of the Indian coaching staff set to be headed by Australian Graham Reid.

Reid's appointment is just a formality now after Hockey India and Sports Authority of India recommended his name to the Sports Ministry earlier this week.

Besides Shivendra, former Australian drag-flicker Chris Ciriello, who is the current analytical coach, will be the other assistant coach in the new set-up.

"Shivendra Singh will join the Indian team soon as an assistant coach. He will work with the forwards under the new chief coach," a source close to the development told PTI.

Shivendra was part of the Indian team that won a silver medal in the 2010 Delhi Commonwealth Games, besides being a member of the bronze medal-winning side of 2010 Guangzhou Asian Games. He also won a gold with the Indian team in 2007 Asia Cup and 2010 Sultan Azlan Shah Cup.

The coaching set-up will also have SAI coach Piyush Kumar Dubey, who is already with the team at the ongoing Azlan Shah Cup in Ipoh, Malaysia. He will exclusively work with the goalkeepers.

He also said the new chief coach's tenure will be till 2020, extendable till 2022 World Cup depending upon his performance.

"The chief coach's tenure will be till the end of next year. As per world hockey standards every international coach's contract is supposed to be for an Olympic cycle. "But his contract will have a provision of extension till 2022. Everything will depend on India's performances leading upto the Tokyo Olympics," the official said.

The Indian chief coach's position has been lying vacant after the unceremonious sacking of Harendra Singh in January following a less-than-impressive quarterfinal exit at the World Cup in Bhubaneswar last year.

The source also informed that once the Sports Ministry gives its final approval, the chief coach will need at least a month to join his new assignment.

"He (new chief coach) is still associated with a top national team and he will have to give four weeks notice period to be relieved from his current job." Incidentally, Reid, a former Australia coach, is currently the assistant coach of the Netherlands hockey team.

Besides the Netherlands job, Reid was also the coach of his former club Amsterdam since 2017, a position from which he was dismissed earlier this month.

As soon as that development took place, speculation started that he is interested in taking up the India job, a claim which he neither rejected nor accepted.