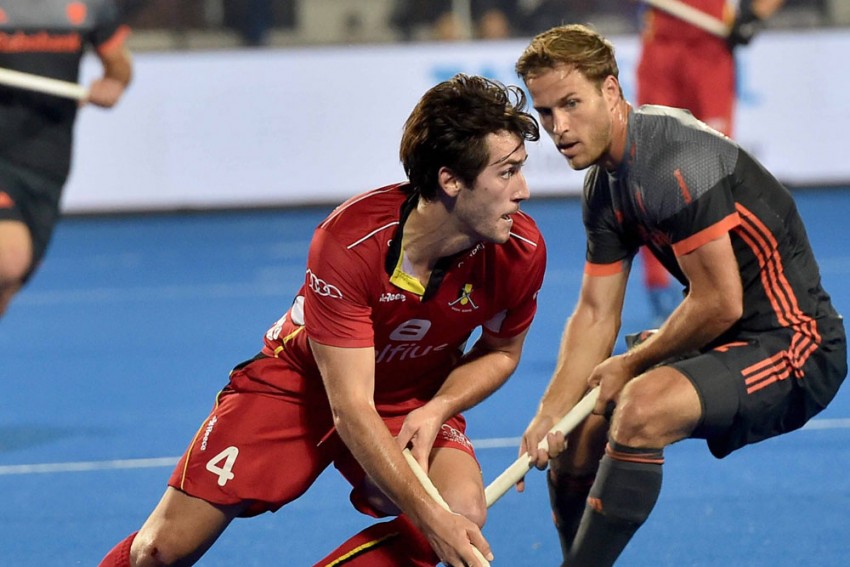 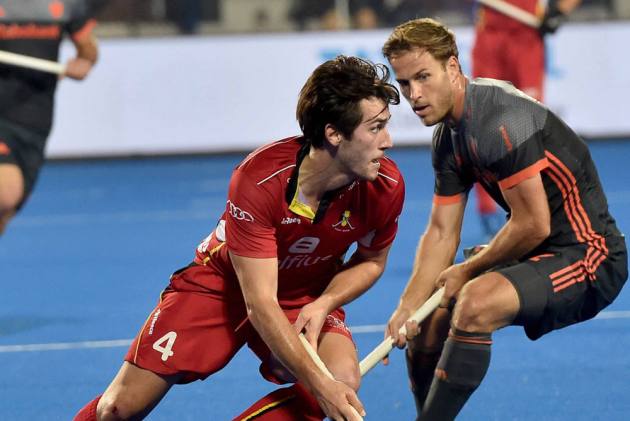 Olympic silver medallists Belgium beat three-time champions the Netherlands via shootout in the final of the 2018 FIH Men's Hockey World Cup at the Kalinga Stadium, Bhubaneswar on Sunday.

The regulation time of the intense all-European final ended goalless, forcing the penalty shootout. In the shootout, three Belgian players converted, while only two Dutch players managed to beat the opposition goalie.

In the semis, Belgium beat England 6-0, while the Netherlands beat India 3-1. This was the first time Belgium had managed to go past the semi-final stage, and they have lifted the most prestigious trophy in field hockey in their first ever final.

Ranked third in the world, Belgium's tournament proper actually started in the second round. They finished second to hosts India in Pool C, then in the crossover, they defeated the most successful team in the tournament's history and four-time winners Pakistan 5-0, which was followed by the mauling of England.

Then, in the final, they beat neighbours and second-most successful team.

Earlier in the evening, history chasing Australia defeated England 8-1 in a one-sided third-place play-off to claim the bronze medal.

In the last edition of the World Cup at The Hague in the Netherlands, Belgium had finished fifth.

The Netherlands failed to match Pakistan's record of a fourth world title for the second consecutive edition. The Dutch had finished runners-up to Australia four years ago in front of their home crowd. They last won a World Cup title way back in 1998 in Utrecht.

Incidentally, it was the Netherlands' second consecutive match that went to shootout in the tournament after their victory over Australia in the semi-finals on Saturday.

There was hardly anything to separate the two sides in the shoot-out as they were levelled 2-2 after five tries. While Jeroen Hertzberger and Jonas de Geus scored for the Netherlands, Florent van Aubel and Victor Wegnez were on target for Belgium.

However, the shoot-out was not without drama as Belgium needed Arthur de Sloover to score from their fifth and last attempt to win the game and he did so, sending the Red Lions bench into wild celebrations.

But the Dutch goalkeeper asked for a referral for a foot and the goal was later withdrawn after TV replays showed the ball indeed touch De Sloover's feet while he was pushing it into the net past Blaak.

The reversal meant that the match went into sudden death and Van Aubel was given the responsibility by Belgium to take the first opportunity and he duly converted it.

It was then Netherlands' turn to score and continue the sudden death but Hertzberger faltered this time as Belgium goalkeeper Vanasch came up with another brilliant save to hand his side the biggest win of their careers.

The title clash, which was witnessed by none other than cricket legend Sachin Tendulkar and Odisha Chief Minister Naveen Patnaik, turned out to be a fierce contest between the two European sides.

While the Netherlands took the early initiative and attacked continuously in the first two quarters, Belgium made a strong comeback after the change of ends.

It was a midfield slugfest between the two teams as both created chances but lacked the final touch inside the opposition circle.

The Netherlands had two penalty corners in the match but the Red Lions defended stoutly to deny them any inroads.

Belgium, on the other hand, failed to secure a single penalty corner in the game.

Belgium pressed hard in the final 10 minutes of the game, putting relentless pressure on the Dutch defence but a breakthrough eluded them.