India's lone World Cup title came way back in 1975 and their second-best finish in the tournament was a fifth-place finish 24 years ago. 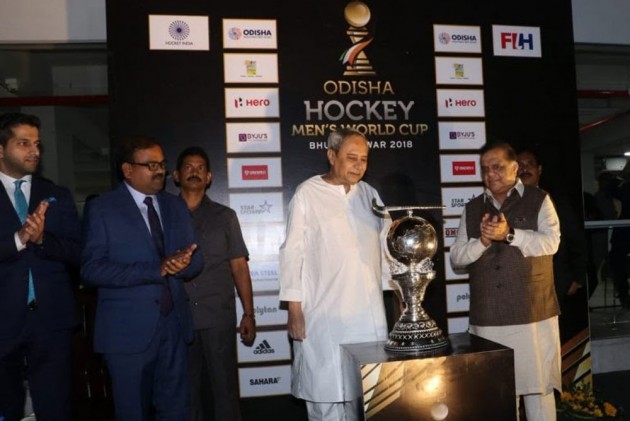 Last time India host the World Cup, in 2010, they finished eighth after losing the seventh-eighth place play-off to Argentina. Since then, India have won some tournaments and missed out on some.

But, the overall feeling ahead of the 2018 edition at home, in Odisha, is Manpreet Singh & Co are quietly confident. It's another matter though that in the same span, in these 18 years, Argentina have gone onto win their maiden Olympic gold medal.

And not to mention the pain of 43 years's fialure. India's lone World Cup title came way back in 1975 and their second-best finish in the tournament was a fifth-place finish 24 years ago. That reads little out of context for the eight-time champions. Meanwhile, arch-rivals have the title four times to become the most successful.

But it all can change before the end of the year, in front of a very knowledgeable and supportive home crowd in Odisha. India are in Pool C, along with Belgium, Canada and South Africa. It's a relatively easier group, but India will need to win it to avoid the crossover round.

And they will open their campaign with a group encounter against South Africa on Wednesday at the Kalinga Stadium. It will be the edition event's second game, after another the Belgium-Canada lung opener. Belgium are the highest ranked, third, in the group while India are fifth, ahead of Canada (11th) and South Africa (15).

Barring Belgium, India are expected to have it easy against Canada and South Africa. India play Belgium on December 2, then take on Canada on December 8.

After Ajit Pal Singh led Indian to their maiden World Cup title in 1975 in Kuala Lumpur, Malaysia, India have failed to match the standards of the Europeans – the Netherlands, Germany – and Australia, who have been ruling the game for over four decades now.

In the last 10 editions since its maiden triumph in 1975, India's best performance was a fifth-place finish at the 1982 edition at home in Mumbai (then Bombay).

Now, the world ranked fifth Indians would be eager to recreate the magic by reaching the semifinals, and possibly a podium finish.

That is though easier said than done as besides tackling powerhouses like two-time defending champions Australia, Netherlands, Germany and Olympic champions Argentina, the Indians will be under pressure to live up to the expectations of millions of fans.

The last time India played a World Cup at home, in 2010 in New Delhi, it finished a lowly eighth and going by records, the host nation has never fared well in the tournament.

All the nine countries to host a World Cup till date have finished eighth or above but Harendra Singh's men would be hoping to rewrite that in front of home fans.

For chief coach Harendra Singh, who has come under the scanner after India's failure to defend it's Asian Games title earlier this year, the tournament is a do-or-die one and a failure is sure to cost him his job.

Harendra would be hoping to recreate the magic of two years ago when he guided the junior Indian team to the World Cup title in Lucknow.

To achieve his goal, Harendra has drafted in seven of 18 junior World Cup winners in the senior team alongside senior pros like skipper Manpreet Singh, PR Sreejesh, Akashdeep Singh and the ever-reliable Birendra Lakra.

The Indian team for the World Cup is a mixture of youth and experience with seven of the 18 featuring in the last World Cup. The squad also has youthful exuberance in 19-year-old striker Dilpreet Singh and debutant Hardik Singh.

But two notable absentees from the squad are drag-flicker Rupinder Pal Singh, who has been dropped and striker SV Sunil, who is unfit.

The match against Belgium is India's big test in the pool stages and a win against the Red Lions is a must for the hosts to avoid the cross-overs and qualify directly for the quarterfinals.

After South Africa, India's opponents are Belgium on December 2 and Canada on December 8.

It is only the second World Cup after 2002 to feature 16 teams. From four pools of four teams each, the toppers will directly qualify for the quarterfinals while the second and third-placed sides will have to play four cross-over matches to earn their places in the last-eight round.

Just like all big-ticket hockey events, Australia, Netherlands and Germany will once again start favourites to lift the title. But the two European superpowers have been placed in Group D along with Pakistan and ever resilient Malaysia. This group has nine gold medals in total, with another seven silver and six bronze medals. This is probably the father of all Group Of Deaths in any sport.

The Kookaburras, in fact, will be vying to create history by becoming the first team to win the trophy for the third time in a row.