The 14th edition of the World Cup, featuring teams from 16 nations, is being staged in the Indian city of Bhubaneswar from November 28 to December 16. 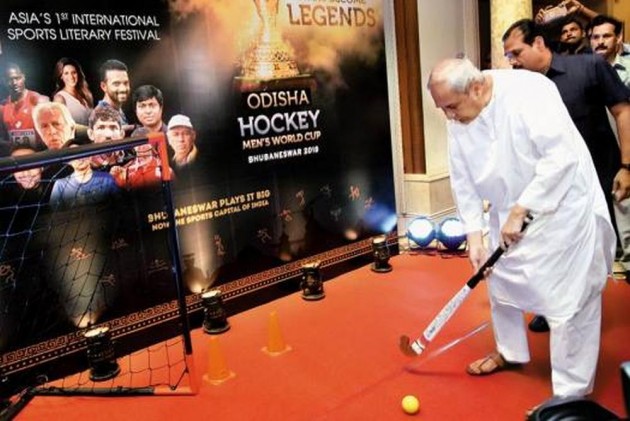 Pakistan have named an 18-member squad for the upcoming 2018 FIH Hockey World Cup in Bhubaneswar, Odisha later this month. The four-time winners have made just one change to the squad, with Mohammad Rizwan Sr leading the side.

Chief selector Islahuddin Siddiqui while announcing the squad said that the experienced Rashid Mehmood had replaced Rizwan junior in the squad that recently played in the Asian Champions Trophy in Muscat and shared the title with India.

"Rashid was playing overseas in a professional league when the Asian Champions Trophy was held but now he is available and he is one of our most experienced and best midfielder," Islahuddin said.

Who's Lying? India, Pakistan In War Of Words After Asian Champions Trophy Final Wash Out

The former Olympian is also confident that with a little bit of luck Pakistan is fully capable of winning the World Cup in India.

Islahuddin himself was part of the Pakistan team that won the 1971 and 78 World Cups but Pakistan's last World Cup title came way back in 1994 at Sydney.

Since then Pakistan has fared poorly in World Cups and didn't even qualify for the 2014 edition and finished last in the World Cup held in New Delhi in 2010.

But Islahuddin noted that the team included some senior players and the players had been playing as a unit for a while now.

"The Asian Champions Trophy performance has also come as a boost and my effort is to see these players go to India after having all their dues cleared by the Pakistan Hockey Federation so that there is no burden on their minds," he said.

The Pakistan squad has been selected after two-day trials in Lahore.

The 14th edition of the World Cup — featuring teams from 16 nations divided into four pools — is being staged in the Indian city of Bhubaneswar from Nov 28 to Dec 16.

The chief selector acknowledged that Pakistan's pool in the presence of Germany and the Netherlands is very tough, but insisted, "Our players on a given day have the ability to stun any side of the world."

Mohammad Rizwan Senior and Ammad Shakeel Butt have been retained as captain and vice-captain, respectively.

The Pakistan squad is likely to leave for India on Nov 22 or 23 after getting a visa, the process for which is currently ongoing.