Australia are second only to four-time champions Pakistan, having won the world title thrice before, which includes back-to-back gold medals in the last two editions of the tournament in 2010 and 2014. 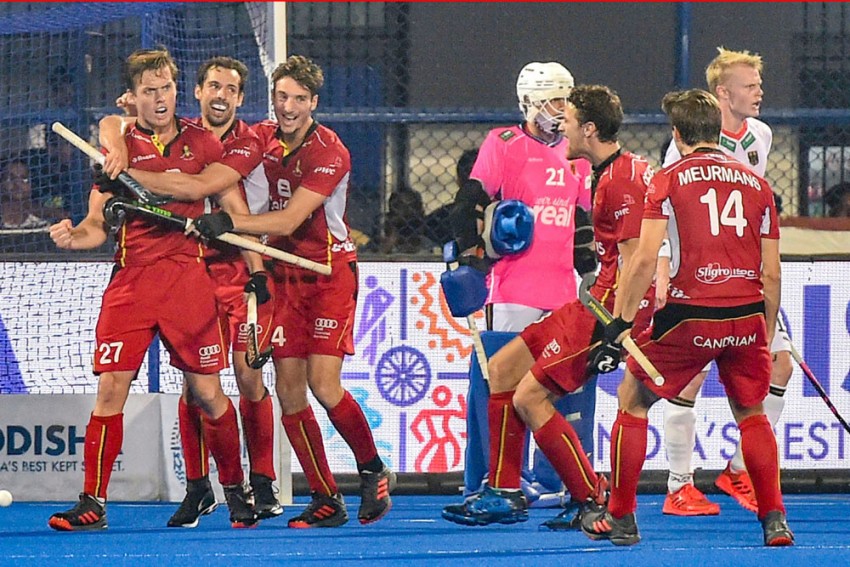 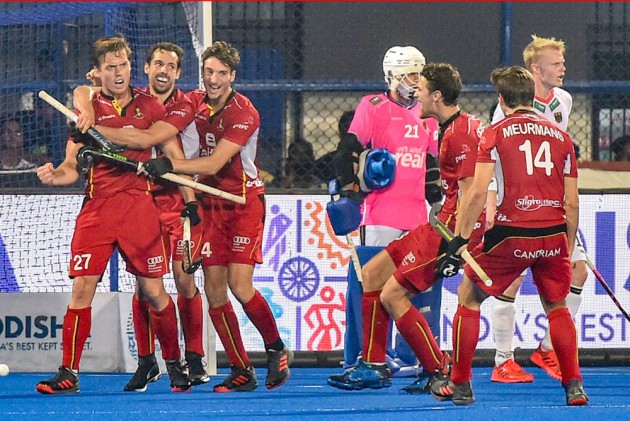 Two mouth-watering clashes will decide which teams play in the final of the 2018 FIH Men's Hockey World Cup at the Kalinga Stadium, Bhubaneswar on Sunday. In the first semi-final, in an all-European semi-final, Belgium will take on England, while two-time defending champions Australia face three-time winners the Netherlands.

But all eyes will be on the second match between Australia and the Netherlands. A rare history awaits world number one Australia even as the Dutch, who have won the title thrice before – the last time being in 1998 – bid to end their 20-year-old title drought.

The Netherlands would be high on confidence especially after their hard-fought 2-1 win over home favourites India in the quarterfinals on Thursday.

Going by form and world ranking, it is expected to be an edge of the seat thriller between the two teams, who prefer to play a totally contrasting style of hockey.

While attacking hockey is the backbone of Australia, the Dutch mostly prefer to play a waiting game with a compact defence and relying more on counters to surprise their opponents.

There is hardly anything to differentiate between the two sides going by recent head-to-head record.

Since 2013, Australia and Netherlands have played each other 11 times with the Kookaburras winning five and losing four while two ended in draws.

The Australians made a slow start but grew in confidence as the tournament progressed.

After a hard-fought 2-1 win over Ireland in their opener, Australia stepped on the gas and registered convincing wins over England (3-0), China (11-0) and France (3-0).

The Dutch, on the other hand, started with a bang and mauled Malaysia 7-0 before losing 1-4 to Germany.

They defeated Pakistan 5-1 in their last pool match before beating Canada 5-0 in the cross-overs and eking out a close 2-1 win over India in the quarterfinals.

The Australia-Netherlands match has all the makings of a classic. In 2014 at The Hague, Australia came out on top against Netherlands 6-1 in front of the home crowd to lift their second consecutive World Cup.

And Saturday's encounter will provide the Dutch with an opportunity to avenge their loss four years ago.

But in the last four years since they met in the final of 2014, much has changed.

The likes of Jamie Dwyer, Mark Knowles and Glenn Turner have retired but the Kookaburras have rebuilt brilliantly under coach Colin Batch since the disappointment of Rio Olympics and have returned to the top of the world rankings.

The Dutch, on the other hand, are unquestionably much tougher under Max Caldas now than they were four years ago.

Australia's Daniel Beale too agreed that it would be a tough, exciting battle on Saturday for a place in Sunday's summit clash.

"We are into the crucial stage of the tournament. We got to watch last night's match between Holland and India. So we have learnt a lot from that. We are expecting a very tough match tomorrow," he said.

"We have very proud history. There is no special formula. We work hard, we train hard. We are fiercely competitive. Every tournament we go we go to win."

Beale said what happened four years ago will hardly have any impact in Saturday's must-win game.

"In 2014 Australia had great success in the final but that was a long time ago and this group has changed immensely. So we are looking to create a bit of history," Beale said.

"Holland are a very tough team. They have quality players. Billy (Bakker), (Robert) Kemperman, (Valentin) Verga. We will do our homework and try to nullify them."

Meanwhile, Olympic silver medallist Belgium too would be looking to create history by making their maiden World Cup final appearance when they take on England in the first semi-final earlier in the day.

In the second semi-final, Olympic silver medallists Belgium will take on England, featuring in the last-four round for the third success time.

Both Belgium and England finished second in the respective pools, India in Pool C and Pool B, respectively.

But both the sides have produced comfortably wins in the crossover round. England beat New Zealand 2-0 while Belgium thrashed Pakistan 5-0.

In the quarters, England shocked Olympic Champions 3-2 while Belgium got the better of the Germans.