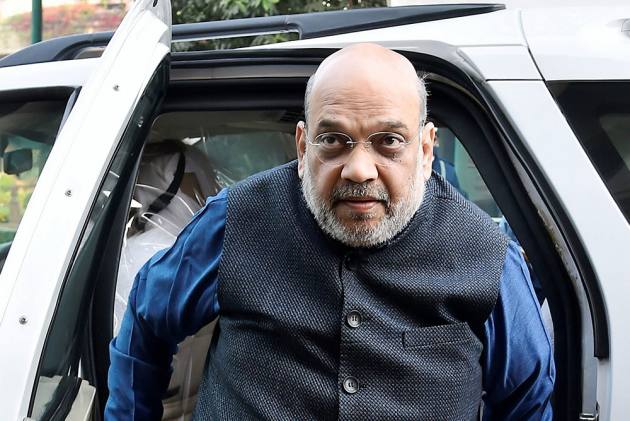 Union Home Minister Amit Shah will inaugurate on Saturday the 'Bharat Darshan Park' in Delhi which showcases attractive replicas of several iconic monuments of India built with scrap and waste material, officials said on Friday. The recreational garden, built by the South Delhi Municipal Corporation on the 'waste-to-wealth' model, is being opened after some delay and ahead of the civic polls in Delhi due early next year.

"A total of 22 replicas have been put up in the park which is scheduled to be inaugurated by Union Home Minister Amit Shah tomorrow evening. These include replicas of 21 monuments and a tree," a senior official of SDMC told PTI. The sprawling park, which was earlier expected to be opened by October-end, was originally planned to include a replica of the Golden Temple in Amritsar too. "The park, opening tomorrow, does not have the replica of the Golden Temple," South Delhi Mayor Mukesh Suryan said.

Elections And Omicron: How The Polls Are Scheduled In 2022

A controversy had erupted in June over the construction of the planned replica of the revered Sikh shrine in the park, located in Punjabi Bagh area in south Delhi, following which it was removed. Suryan had said early October that talks were on with senior Sikh leaders to ensure the replica of the Golden Temple was also installed after reaching an agreement.

Delhi Sikh Gurdwara Management Committee (DSGMC) president Manjinder Singh Sirsa late June had claimed that the replica of the temple being built at the park had been "dismantled" as it was against "Sikh decorum". He had also tweeted about it and shared pictures of the site. Suryan, however, had said later that the replica was just "removed" from its planned spot at the park, and efforts were on to have it installed after due consensus.

"The theme of the park is 'Unity and Diversity' and these artworks show utmost respect to our monuments and cultural heritage," he said, adding the expenditure on this project is about Rs 16 crore. These replicas have been built with scrap and waste material such as dumped old vehicles, fans, iron rods, nuts and bolts, lying unused or abandoned at SDMC stores, officials said.

Work on building replicas of 'Char Dham' shrines was underway, SDMC officials had said in October, adding, there would also be a 1.5-km track for walking, specified kids zone, stalls to organise cultural programmes, a food court, besides audio tour and photography facility. "Diverse culture and rich heritage of India will be reflected through smaller versions of these monuments. Like 'Waste to Wonder Park', 'Bharat Darshan Park' will also become a popular tourist spot of Delhi, where people will be able to see 'mini India' in one place," Suryan said.

Waste-to-Wonder Park' in the Sarai Kale Khan area was opened in February 2019. It has replicas of seven world famous monuments, including Taj Mahal and Eiffel Tower, fashioned out of mechanical waste. Delhi Lt Governor Anil Baijal in a February 2020 event had said that the 'Waste to Wonder Park' was a shining example of "waste-to-wealth" concept and the SDMC should develop such more parks which are self-sustained and based on this concept.

Suryan had said earlier that the work on the 'Bharat Darshan Park' project was delayed for some time due to the COVID-19 pandemic and ensuing lockdowns. This park is also an amazing concept of 'waste-to-wealth' concept where replicas of historical monuments are being made out of scrap material, he said.