The home minister also spoke to the chief of BKU Rakesh Tikait over the phone and conveyed the government's keenness to address their demands, a Home Ministry official said. 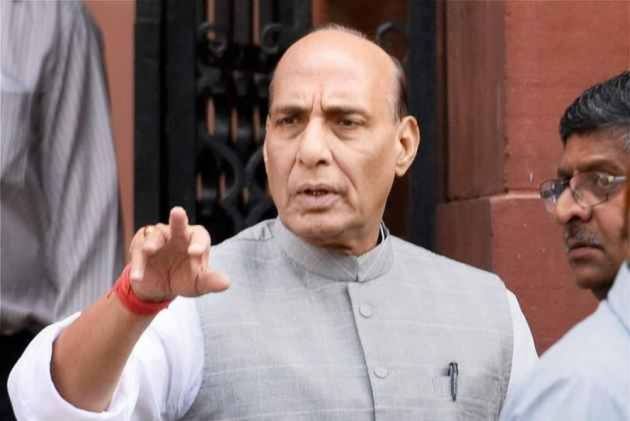 Following farmer's march towards Delhi demanding for loan waiver and cut in fuel prices, Home Minister Rajnath on Tuesday held discussions with Union Agriculture Minister Radha Mohan Singh and a few others on how to resolve the farmers' issues and pacify them.

The development comes after farmers marching towards Delhi were stopped at the Delhi-Uttar Pradesh border Tuesday with police using water cannons to disperse them.

The home minister also spoke to the chief of BKU Rakesh Tikait over the phone and conveyed the government's keenness to address their demands, a Home Ministry official said.

The issues of immediate consideration of the government include lifting the National Green Tribunal's order to ban 10-year-old tractors, uniform and complete procurement of crops, uniformity in loan waiver in the country, equal electricity tariff in the country, farmers' friendly insurance scheme and equal pension to both farmers and agricultural labourers, he said.