The MHA said the application for the renewal of FCRA registration of MoC was refused on December 25 for not meeting the eligibility conditions under the FCRA 2010 and the Foreign Contribution Regulation Rules (FCRR) 2011. 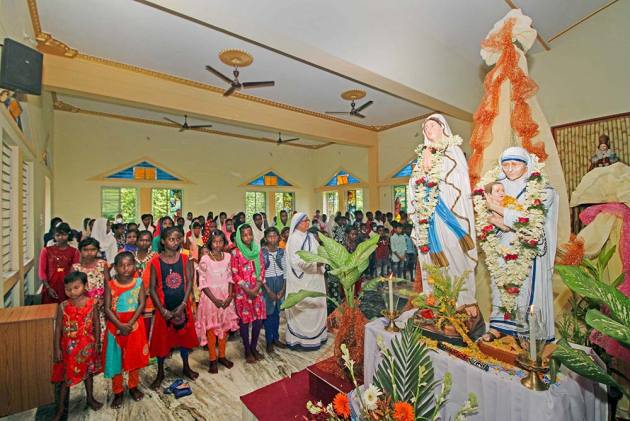 The Ministry of Home Affairs on Monday said the Missionaries of Charity's application for renewal of the Foreign Contribution (Regulation) Act (FCRA) registration was refused on December 25 for not meeting eligibility conditions as some adverse inputs were received.

In a statement, the MHA also said that it did not freeze any account of the Missionaries of Charity but State Bank of India has informed that the organisation itself sent a request to the bank to freeze its accounts. The MHA statement came hours after West Bengal Chief Minister Mamata Banerjee claimed the Centre had frozen all bank accounts of the organisation founded by Mother Teresa.

"Shocked to hear that on Christmas, the Union Ministry FROZE ALL BANK ACCOUNTS of Mother Teresa's Missionaries of Charity in India! Their 22,000 patients & employees have been left without food & medicines. While the law is paramount, humanitarian efforts must not be compromised," Banerjee tweeted.

The MHA said the application for the renewal of FCRA registration of MoC was refused on December 25 for not meeting the eligibility conditions under the FCRA 2010 and the Foreign Contribution Regulation Rules (FCRR) 2011. "No request or revision application has been received from Missionaries of Charity for review of this refusal of renewal," the statement said.

The Missionaries of Charity's registration under the FCRA was valid up to October 31, 2021. The MHA said the validity was subsequently extended up to December 31, 2021 along with other FCRA associations whose renewal applications were pending renewal. "However, while considering the MoC's renewal application, some adverse inputs were noticed. In consideration of these inputs on record, the renewal application of MoC was not approved," the statement said.

The FCRA registration of MoC was valid up to December 31, 2021 and the MHA did not freeze any account of the MoC. "The State Bank of India has informed that MoC itself sent a request to SBI to freeze its accounts," the statement said. The Missionaries of Charity is a Catholic religious congregation established in 1950 by Mother Teresa.