How does India’s best selling scooter stack up against Hero’s current scooter flagship? We find out 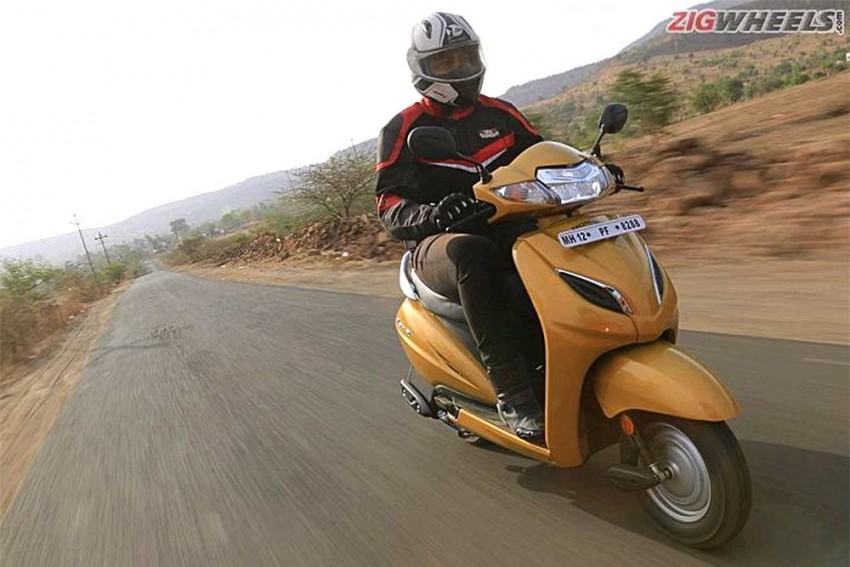 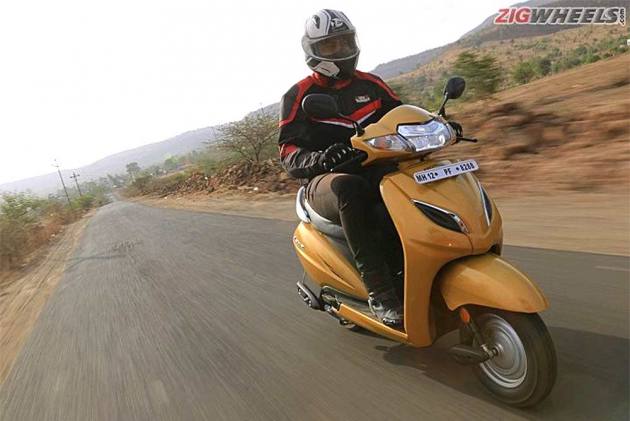 The Honda Activa has been the go-to family scooter for more than a decade now. But since then, many manufacturers have tried to gain dominance in the segment by offering their latest and greatest. Hero being one of them, does the Maestro Edge has it in itself to overthrow the Honda Activa 5G? Let’s find out 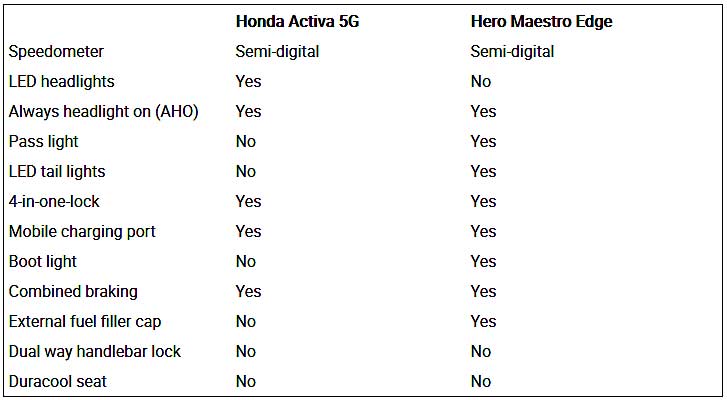 When it comes to design, both the scooters cannot be more different from each other than they already are. The Honda Activa 5G continues to sport a conventional look, with the addition of chrome accents at the front. On the other hand, the Hero Maestro Edge gets a more muscular design with sharp creases along its bodywork. It's tailored-made for someone who prefers a little bulk and road presence while on the go. 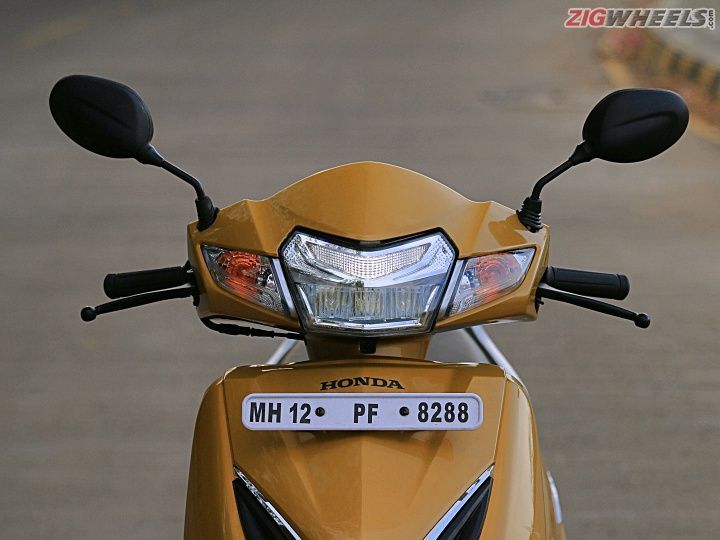 The fifth generation Honda Activa now comes updated with LED lights at the front, a 4-in-1 lock mechanism and a semi-digital instrument cluster, if you shell out some extra dough for the 'DLX' variant. No, you don't get LED headlights on the Hero Maestro Edge, but you do get led tail lights, along with some convenience features such as an external fuel filler cap, underseat lights and USB charging port. It also gets a semi-digital instrument console on the base variant itself.

When you look at the numbers, there isn't much that separates the Activa from the Maestro Edge. Designed for city hauls, the Activa's engine feels more refined and easy going. Clearly, it is designed for optimal fuel efficiency. As a result, the Activa gives an impressive mileage of 58.1kmpl. 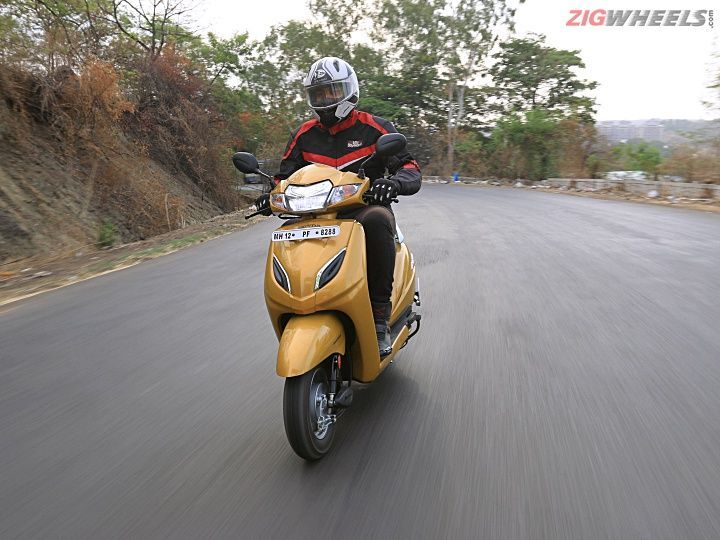 Contrary to its target customer base and its design, the engine on the Maestro Edge doesn't feel sporty at all. Sure, it is quick to accelerate and packs a good delivery across the range. What's more noticeable here is its smoothness, which surprisingly remains even after 60kmph. This nature is possibly due to the tuning levels of the engine, engineered to deliver better fuel economy, which Hero claims is 65.8kmpl. Overall, performance is satisfactory, if not outright quick, and for the target customer base, the Maestro Edge will be welcome, unless you desire a bit more punch, particularly in initial acceleration. 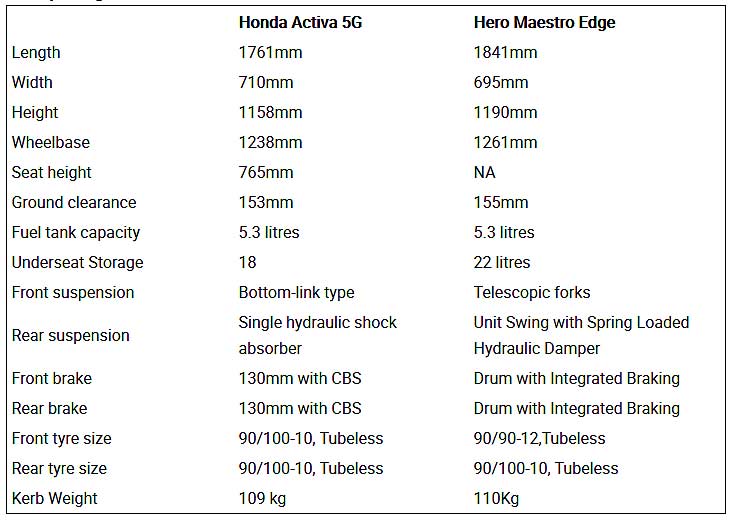 While we do wish Honda will someday equip the Activa with telescopic forks, its current bottom-link unit does its intended job quite well. The suspension has been designed to tackle our roads perfectly. It’s quite flickable and wading through traffic isn't a concern either. However, it doesn’t like to be thrown into corners and feels more at home in the city. Braking too remains unchanged, with an initial lack of feel when you squeeze them. But it is nothing an optional disc brake can't solve. The ride quality 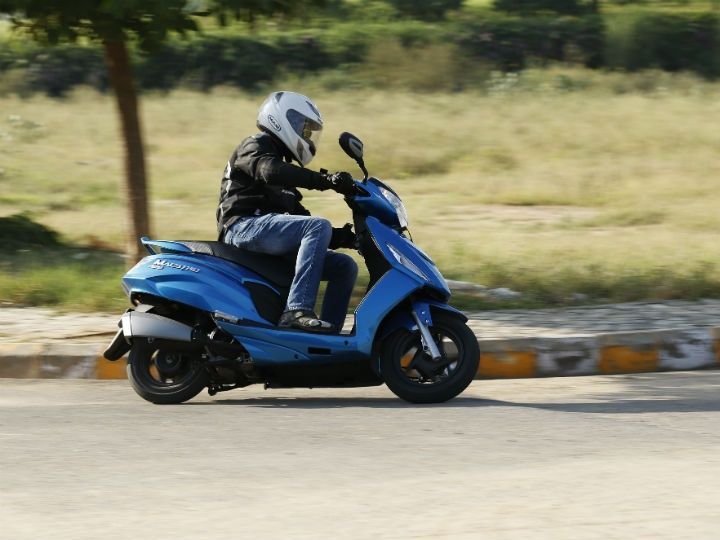 The Hero Maestro Edge does manage to get telescopic forks, which imparts it good handling and ride quality. So, broken patches and road undulations are dismissed without any annoyance. The drum brakes on both ends do their job well and possess commendable stopping power. Overall the scooter feels well-planted. 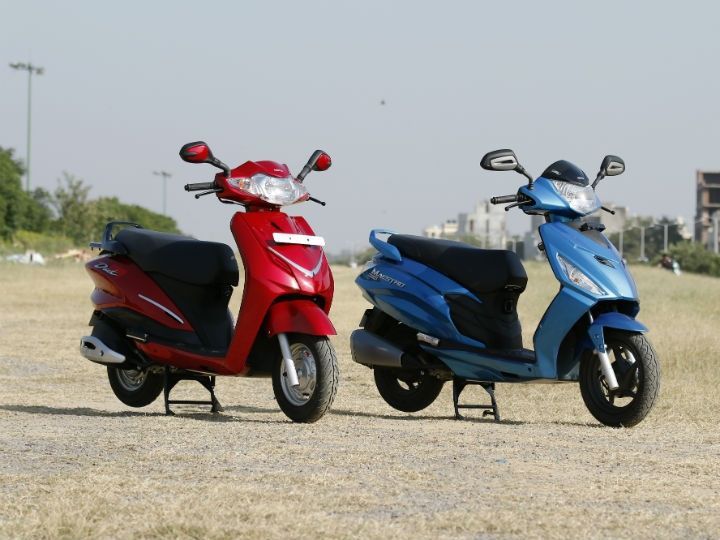 If we had to choose a winner, we'd go with the Hero Maestro Edge. While it misses out on an LED headlight, it does pack better equipment and has better convenience factor with an external fuel filler cap, underseat light and a decent engine. Not to mention, the dual tone variant is almost Rs 4,000 cheaper than the Activa DLX variant.