While the Maruti Suzuki Swift was trending at the top in 2017, it isn’t on the list this time around. And that’s despite the launch of the third-gen model at the Auto Expo in February! 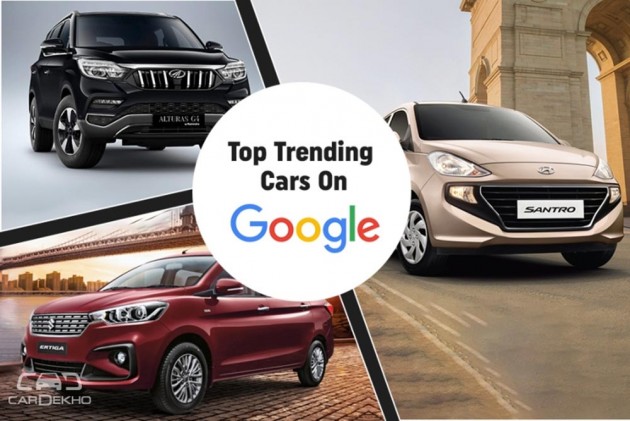 Every year, Google releases a list of top searches in various categories in its ‘Year in Search’ report. Like every list before it, this year’s report is full of surprises. Here’s the list of top 10 trending cars on Google this year: 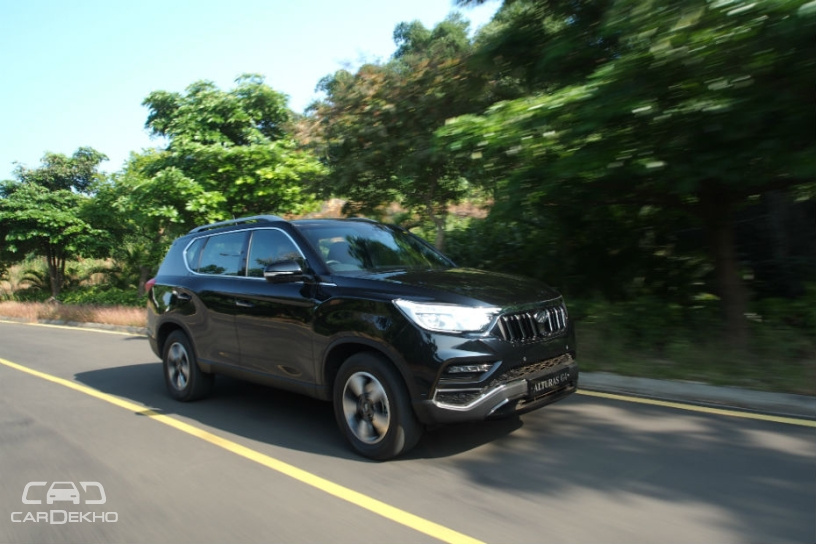 Tenth on the list is the Mahindra Alturas G4. Essentially, a rebadged version of the next-gen Ssangyong Rexton, the Alturas G4 was launched in November this year and fors up against big guns such as the Toyota Fortuner and the Ford Endeavour. What goes in its favour is its competitive pricing. 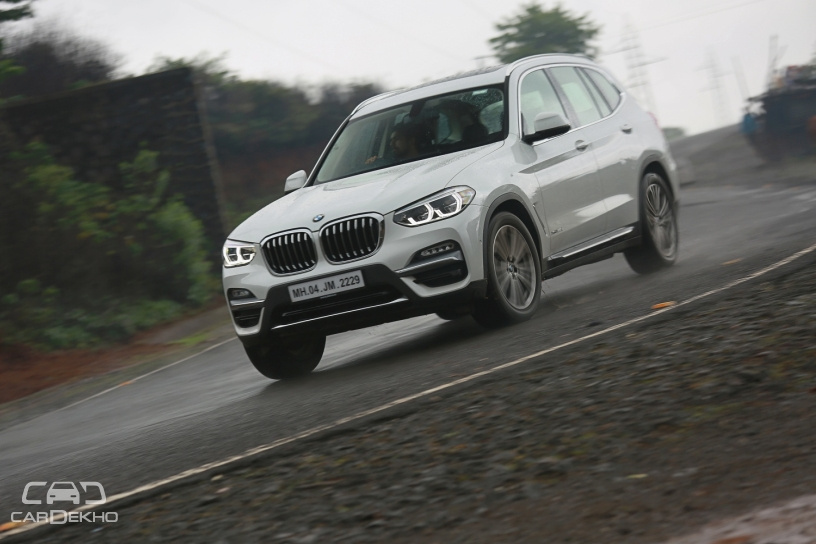 BMW seems to be quite popular among netizens as there are two in this year’s list. At number nine is the new X3, which made its debut at the 2018 Auto Expo. It replaced the ageing second-gen model which had a cramped interior and was not as equipped as its competition The new X3 has addressed both the issues. It rivals the likes of the Audi Q5, Mercedes-Benz GLC, Range Rover Evoque, Volvo XC60 and Lexus NX. 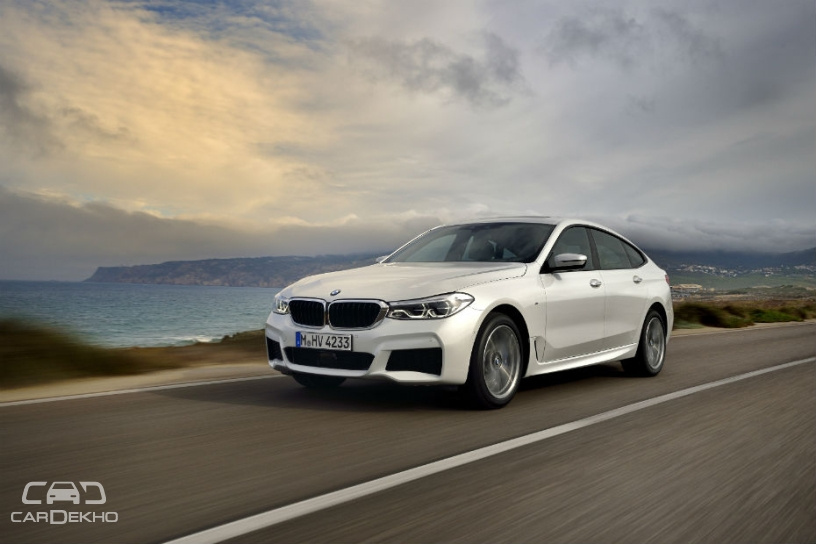 Right after the X3, comes the second BMW. The 6GT is the eighth most searched car on Google in 2018. BMW launched the 6GT in India at the 2018 Auto Expo. It is targeted at those who opt for the E-Class over the 5 Series for the extra space it offers. At 3070mm, the 6 GT’s wheelbase measures 95mm more than 5 Series’ and is only 9mm shorter than that of the E-Class LWB. 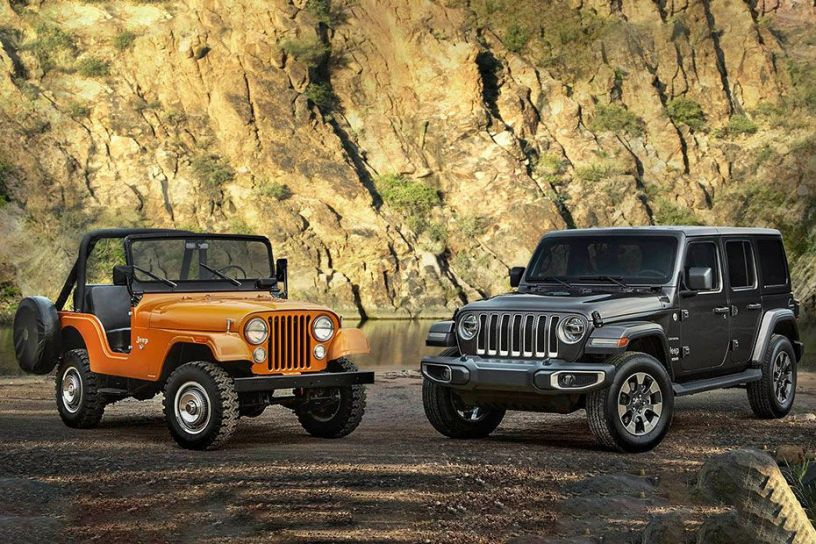 This is the only model in the list that was expected to launch this year but wasn’t. It was spotted testing on our soil and we think that must have created the buzz. The new JL series Wrangler, which was introduced in late 2017, came after a decade since the outgoing JK series model made its debut. The new JL series Wrangler is expected to go on sale soon and will come with brand new engines and tons of features. It is expected to be priced from Rs 60 lakh (ex-showroom).

The second-gen Ertiga, which is bigger yet lighter thanks to it being based on Suzuki’s Heartect platform, comes in at sixth position. Launched in November, it was among the most anticipated cars of the year. Powered by a new 1.5-litre petrol engine borrowed from the Ciaz facelift, the new Ertiga gets plenty of additional goodies over its predecessor. It continues to retail from Maruti Suzuki Arena dealerships instead of the premium Nexa ones. It was expected to get a bigger, in-house developed 1.5-litre diesel engine. Instead, it soldiers on with the same Fiat-sourced 1.3-litre diesel engine. The previous Ertiga was a popular choice among buyers looking for a relatively affordable people mover and it is likely to be the same with the new model as well. Surprisingly, it is the only offering from country’s largest automaker in this list! 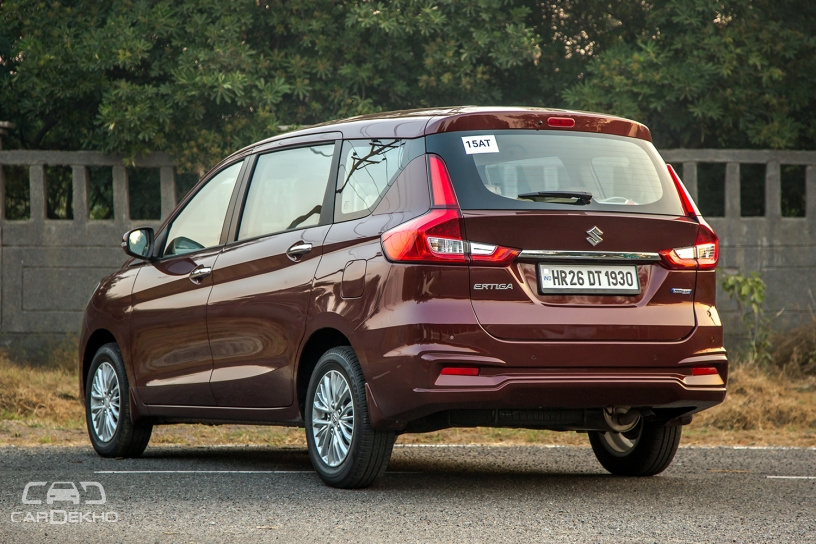 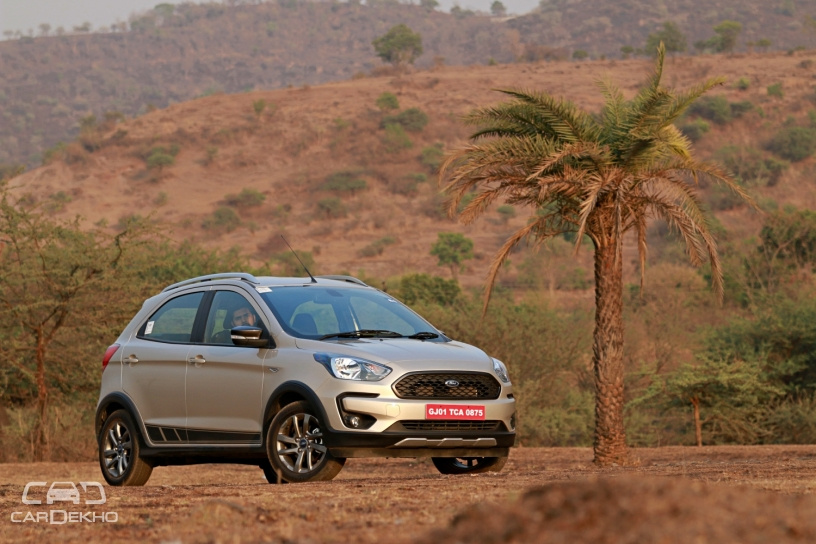 The biggest launch for Ford this year, the Freestyle cross-hatch debuted a brand new petrol engine and transmission. Although cross-hatches aren’t as popular as sub-compact SUVs, the Freestyle has managed to garner enough demand in our cut-throat four-wheeler industry. Within Ford’s portfolio, the Freestyle is the second most popular car (in terms of sales) after the EcoSport, with an average sales of 2,168 units in the last six months. The EcoSport, on the other hand, achieved an average sales figure of 3825 units in the same period.

With six airbags, electronic stability control and traction control, the Freestyle is easily among the safest cars you can buy in the sub-Rs 10 lakh category. And that could be the reason why its found a place on this list. 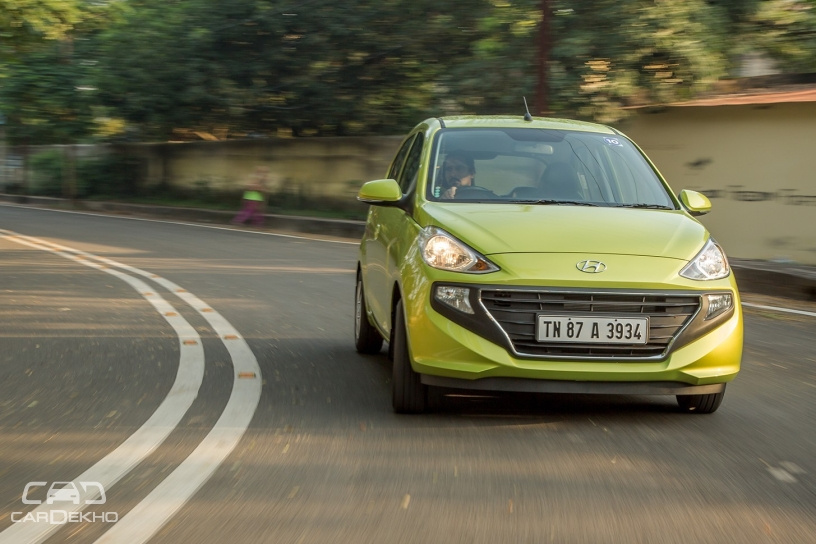 The Santro was arguably the most important launch of the year, not just for Hyundai, but for first-time car buyers as well. Hyundai reintroduced the iconic Santro nameplate in October 2018 with a completely restyled offering based on the Grand i10’s platform. It has been immensely popular on the internet and the company also ran a naming contest for it. While it isn’t as revolutionary as the original model, the new Santro packs enough grunt to take on modern rivals such as the Tata Tiago and the Maruti Suzuki Celerio. It's popularity justifies its position on this list. 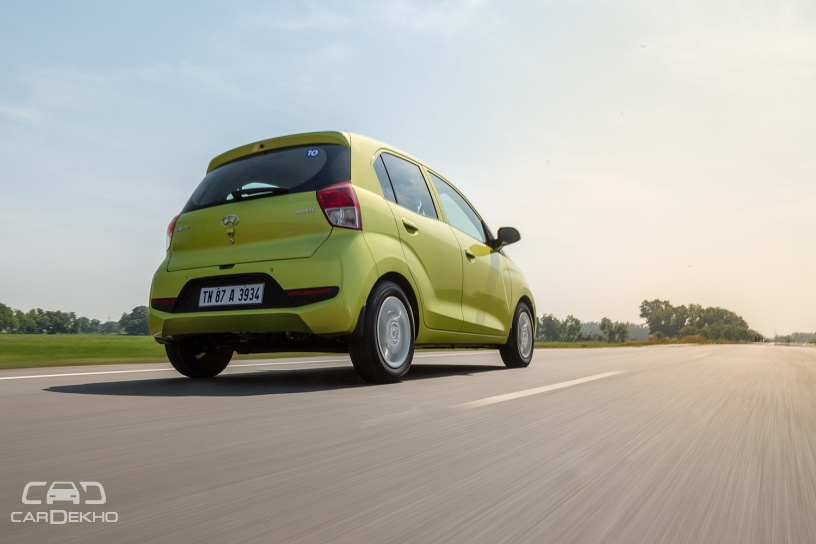 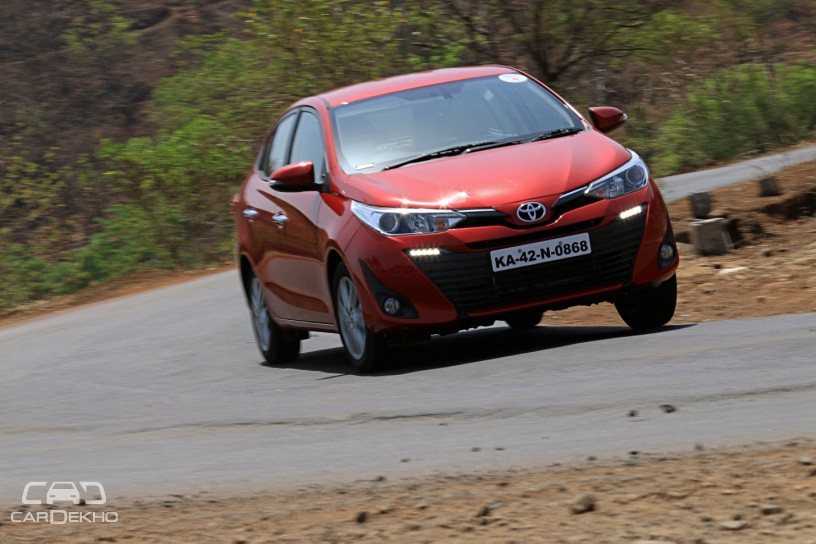 The Yaris is Toyota’s first-ever compact sedan that directly goes up against cars like the Honda City, Maruti Suzuki Ciaz and the Hyundai Verna. The Yaris made headlines in terms of safety when Toyota announced that it would  get seven airbags as standard. Available with only a petrol engine, the Yaris offers a CVT automatic option right from the base variant. Post the initial hype, the Toyota Yaris has now settled for sub-1000 units a month in terms of sales, which is lower than its rivals mentioned above. 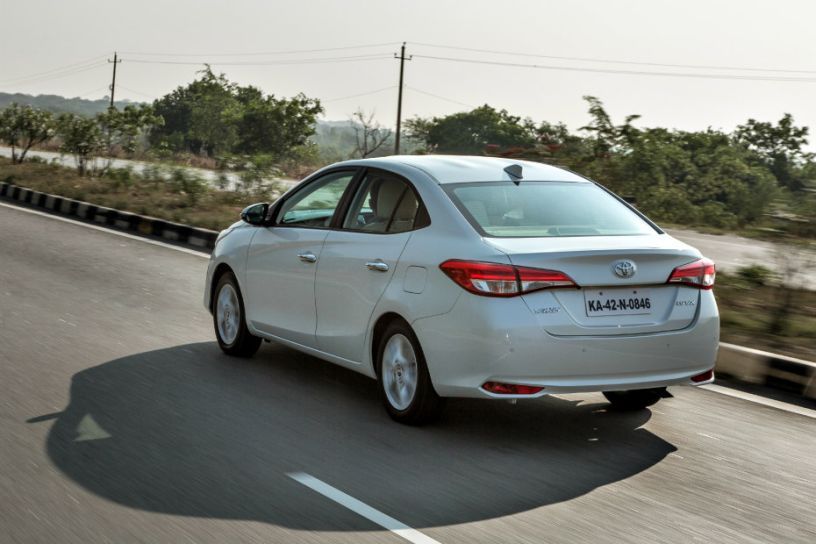 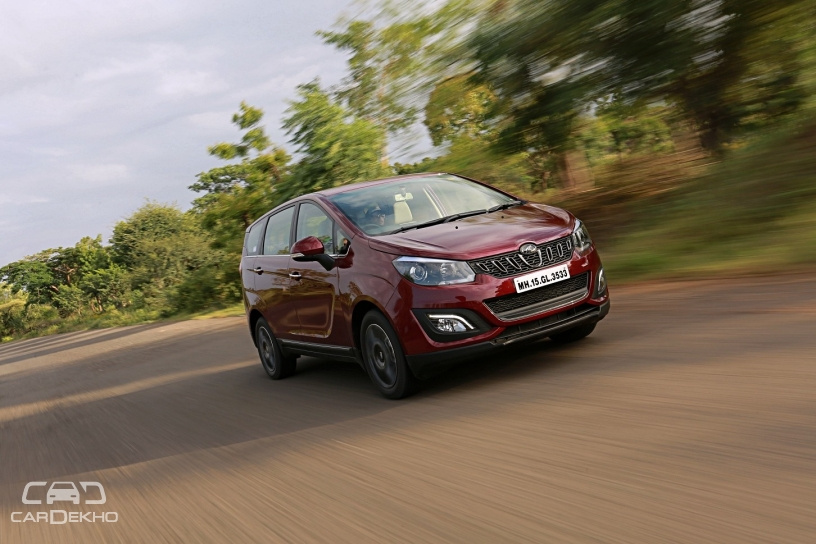 Launched in September 2018, the Marazzo is Mahindra’s first attempt in the premium MPV segment. The Marazzo debuted several industry firsts, including a body-on-frame setup with a transversely mounted engine powering the front wheels and a roof-mounted air conditioning system with diffuser for the second and third row of seats. Touted to be the spiritual successor of the Xylo, the new Mahindra MPV has nestled itself between the new Maruti Suzuki Ertiga and Toyota Innova Crysta in terms of price. It’s not available with a petrol engine yet and there’s no automatic transmission on offer too. However, Mahindra is expected to introduce an automatic transmission as well as petrol engine soon. 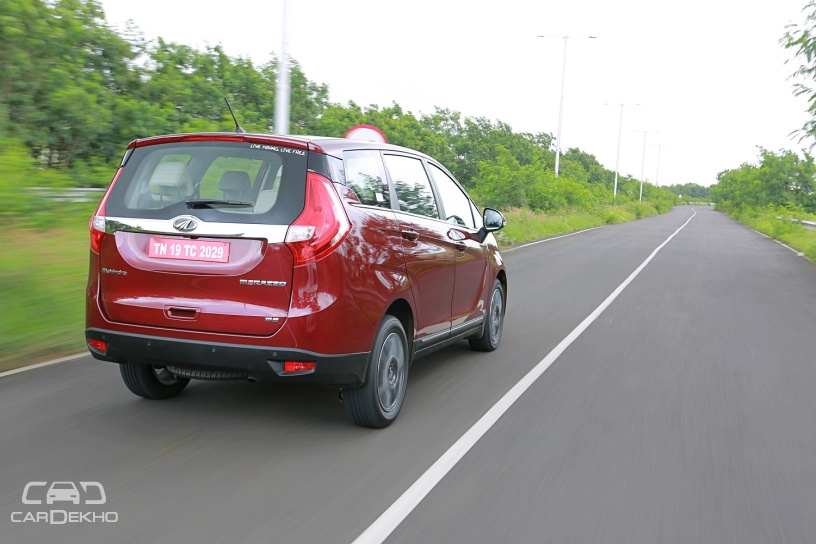 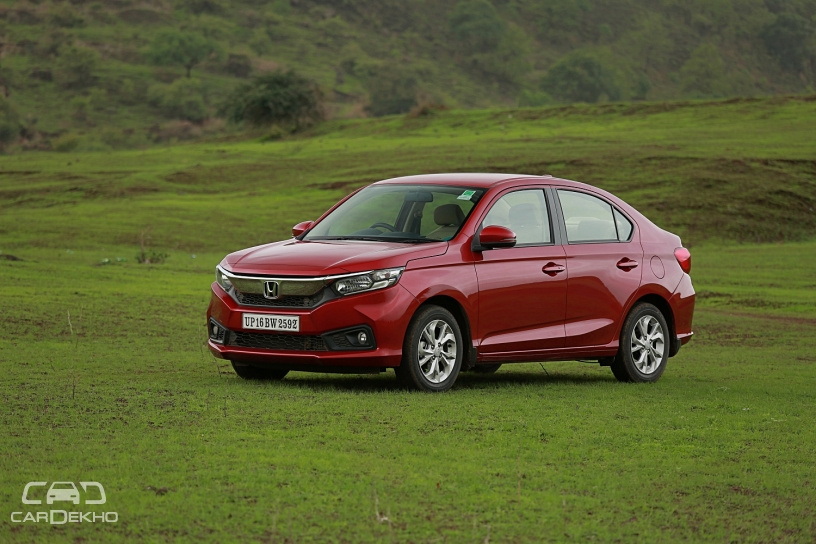 The second-gen Amaze, which made its debut at the 2018 Auto Expo, was launched in May this year. It instantly became the second best-selling sub-4m sedan in the country after the Dzire. The thoroughly overhauled Amaze is available with both petrol and diesel engines. Most importantly, both engines are available with manual as well as automatic transmission options. The Amaze is the first car in India that gets a CVT (continuously variable transmission) with a diesel engine. CVTs offer a smoother drive experience compared to an AMT or a conventional torque converter automatic transmission. 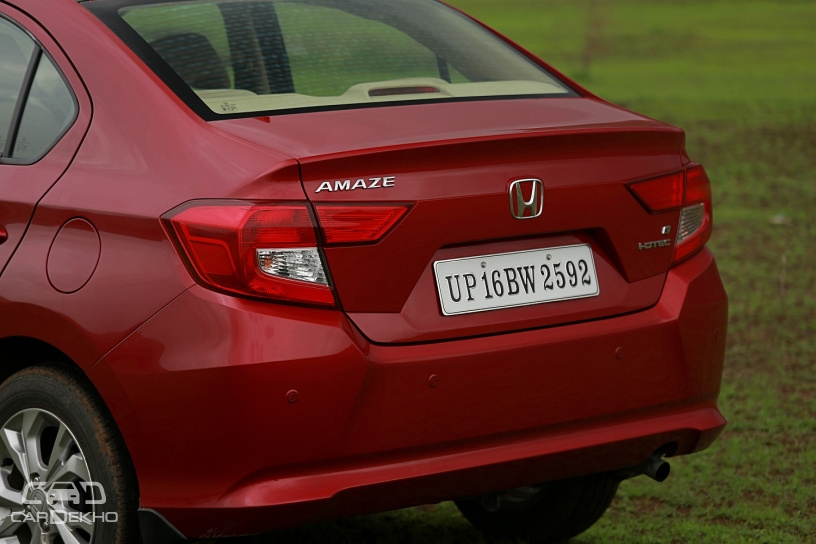 The much anticipated Tata Harrier wasn’t lucky enough to secure a spot in the list. Similarly, its concept version, the Tata H5X, which made its world debut at the 2018 Auto Expo, too failed to make it here. More shockingly, the new Maruti Suzuki Swift, which was launched at the 2018 Auto Expo, didn’t make to the list. It held the top spot in last year’s list. In fact, none of the cars from the previous list made it to this year’s list!