Honda Updates Its Range With New Graphics And LED Lights 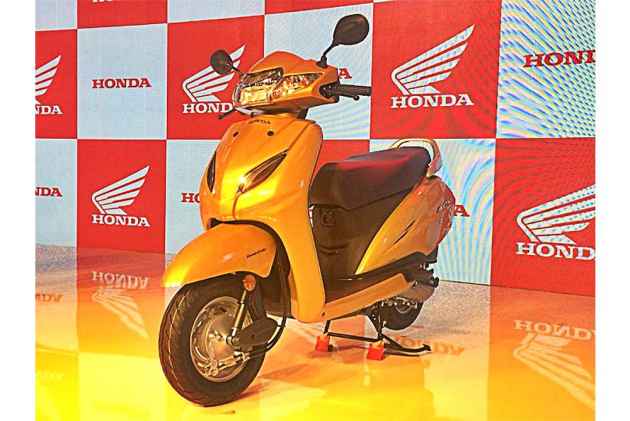 The year 2017 proved to be quite exciting for Honda and its fans. The company not only managed to break its previous sales records but also launched three exciting models targeting different sets of audiences. These included the Honda Cliq, Grazia and the Africa Twin.

Staying true its promise Honda launched the 4th model for the 2017-18 fiscal year. That's non other than the 5th generation Honda Activa, named as Activa 5G. 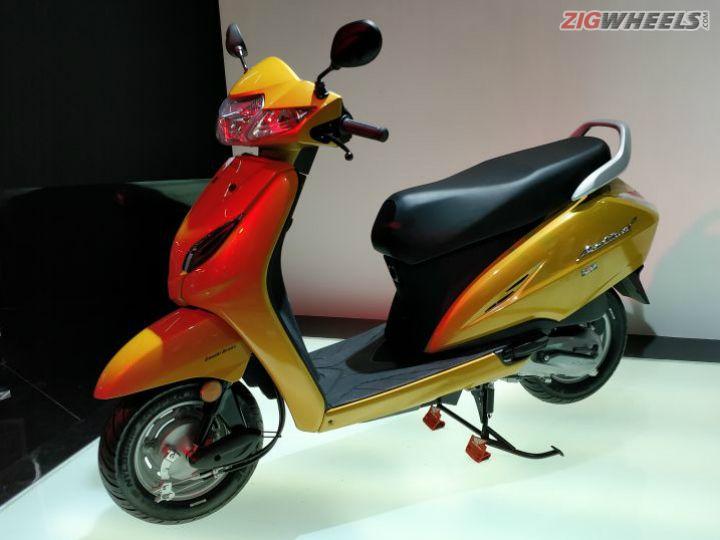 There are no changes on the performance and mechanical front. On the design front, the new Activa 5G remains unchanged with no change in styling of the body panels. That said, new feature like LED headlights and a semi digital instrument console adds a dash of freshness over the Activa 4G it replaces.

Apart from the launch of the immensely popular Activa, Honda owes a lot of its success in the Indian market to products such as the CB Hornet 160R, CB Shine, Shine SP and the Livo. Now, the company has unveiled updated versions of these motorcycles in a bid to claim the number one spot in terms of two-wheeler sales in the country.

While all the models remain mechanically unchanged, the bike maker has made extensive changes to the way they look. Let’s take a look at them, shall we? 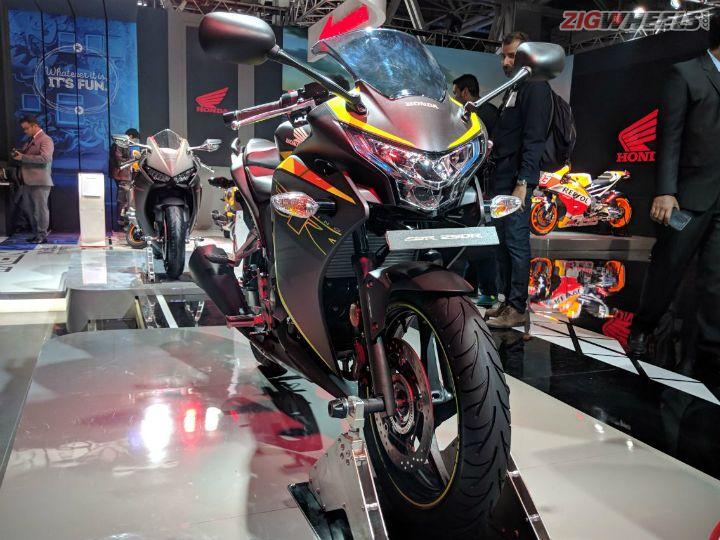 Honda has also brought back the CBR250R, which was undergoing a BS4 update. And for 2018, the company has showcased the new CBR with LED headlamps and new graphics. Apart from, nothing has changed in terms of the deisign, performance and even the mechanical components. Prices are yet to be announced as the company will be officialy launching it soon. The CBR250R continues to rival against the TVS RR 310 and the KTM RC 200 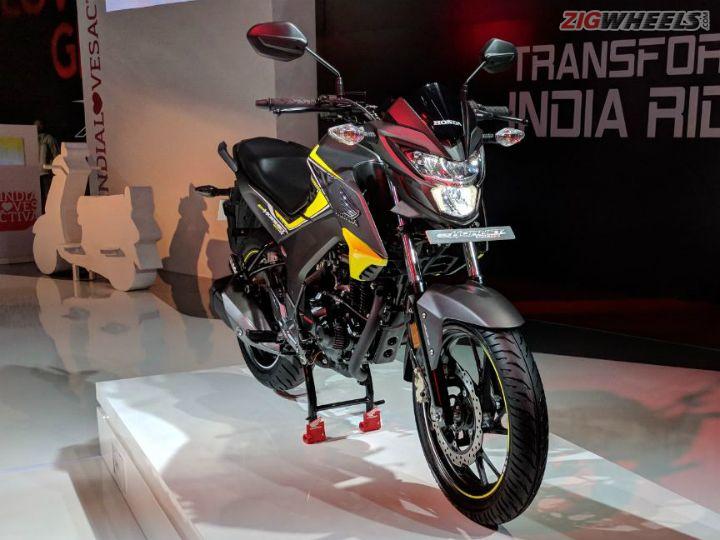 The updated Honda CB Hornet 160R continues to flaunt a masculine design along with new elements that make it stand apart in an overcrowded segment. The trapezoidal headlamps now feature LED DRLs, a fully-digital instrument console, a sporty fuel tank with beefy extensions and a chunky exhaust muffler. The pillion gets a split grab rail while the X-shaped LED tail lamps completes the design.

The CB Hornet 160R shares its underpinnings with the CB Unicorn 160. It is equipped with telescopic forks at the front and a monoshock unit at the rear. Braking is provided by a 276mm petal disc at the front and a 130mm drum/220mm disc brake based on the variant you choose. CBS (Combi Braking System) is available with the top-end variant.

While new prices are yet to be announced. the earlier version was priced at Rs 82,359 and Rs 86,823, respectively. The updated motorcycle continues to rival the likes of the Yamaha FZ V2.0 range and the Suzuki Gixxer.

The CB Shine features a plain-Jane design to cater to a larger audience. That said, the design doesn’t feel dated in any way. The new graphics and the LED DRLs add a bit of freshness to it. The Shine SP, on the other hand, has a sportier design with a sharper headlamp cowl, fuel tank and panels.

Both motorcycles continue to be powered by a 125cc, single-cylinder engine that produces 10.3PS at 7500rpm and 10.3Nm of torque at 5500rpm. And while the CB Shine gets a 4-speed gearbox, the Shine SP gets a 5-speed unit.

The addition of LED lights and new graphics will result in a marginal hike in prices. The models they would replace are priced at Rs 56,249 and Rs 63,032, respectively. The Shine siblings continue to compete against the Bajaj Discover 125, Yamaha Saluto 125 and the Hero Glamour.

The 110cc motorcycle is targeted towards the premium end of the commuter segment. For 2018, the bike gets an all-LED headlamp, LED tail lamps and new graphics. It also gets other premium features such as a semi-digital instrument cluster, which replaces the twin analogue unit of the older model, along with a metallic paint job and an all-black treatment for the engine, transmission case, exhaust, etc. The 18-inch alloy wheels are shod with low rolling resistance tyres now. In addition to this, the bike also gets self start and a maintenance-free battery.

The Livo is continues to be powered by a 109.19cc, air-cooled, single-cylinder motor that produces 8.4PS of power at 7500rpm and 9.09Nm of peak torque at 5000rpm. The 4-speed transmission has been retained as well.

The commuter bike is based on a diamond frame with telescopic front forks and dual 5-step adjustable rear shock absorbers that come painted in red. Braking is via 130mm drum brakes on either wheels with the option of a 240mm front disc brake.

The 2018 Livo is expected to be launched before the first quarter of 2018. We expect it to be priced a tad more than the outgoing model, which is priced at Rs 55,100 (drum brake variant, ex-showroom Delhi). The Honda Livo competes against the TVS Victor, Bajaj Discover 110 and the Hero Splendor i-Smart 110.