I had never seen one before coming to Australia. It is a system where farmers leave out produce for sale, relying on the passing consumer to pay for the goods by dropping money in a tin or a box. 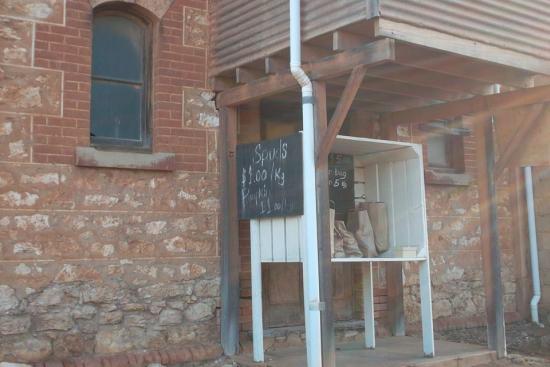 Before coming to Australia I had never seen an honesty box. It is a system where farmers leave out produce for sale, relying on the passing consumer to pay for the goods by dropping money in a tin or a box. Usually the box and the stuff are placed in a bit of shade, or you end up with desiccated fruit by the end of the day. Occasionally there is a little jam jar filled with flowers to sweeten the deal. In season, there are almost always shaggy chrysanthemums or delicate tall white lilies in hand tied bunches standing in buckets. These are flowers that every Australian housewife worth her salt grows for the house. You can buy them too. Nobody supervises the transaction, so it is up to the consumer to be “honest” with their payment.

There is a certain old fashioned simplicity to the process. Firstly, I know the produce is locally grown at a time when being a locavore is more than a trend. It does not need an economist or a climate change expert to show us that bringing kiwi fruit from California or China for that matter is going to cost more in terms of rupees or dollars. Then factor in the fuel used in the transport and the cooling of the fruit. I am not keen on buying fruit that arrives fresh but dumps a few tonnes of carbon dioxide in the atmosphere while doing that. It just seems wrong! Secondly, my money is going direct to the grower which also means the prices are very reasonable. It is even more direct than buying from the local roadside sabziwalla, leave alone buying the plastic wrapped offerings from one of the shiny malls.

Plus there is the surprise element to what I might find at a roadside stall; the things on sale are only those in season, unlike the supermarkets.

What I love most is the sense of community inherent in the honesty-box system. When I pull over and select to buy local fruit and vegetables or nuts, it feels good to know I am giving to a local grower, and being fed and made happy in return. As well as the treasure I have just found by the side of the road, I feel grateful for the trust and generosity shown by the appearance of an honesty box stall. At the end of the day, that is what remains; long after the last crumb of apple pie has been polished off or the last fat fig has been split in two and relished.