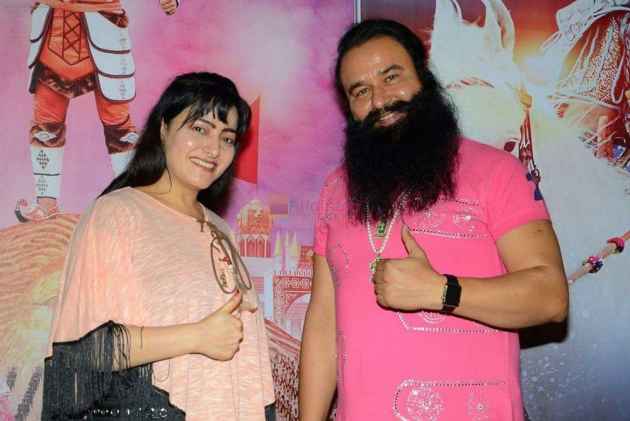 Patrolling has been stepped up along the Indo-Nepal border in Maharajganj and adjoining districts to arrest jailed Dera Sacha Sauda chief's adopted daughter Honeypreet Insan.

Police on Wednesday said officials from central and state intelligence agencies have been camping Maharajganj for the past couple of days and keeping a strict eye on movement along the border.

Posters of Honeypreet with an appeal to the public to inform the police if she is sighted, have been pasted on walls along streets and at the police station at Sonauli in Maharajganj close to the Nepal border.

All Sashastra Seema Bal (SSB) border outposts have been directed to ensure that Honeypreet does not escape.

"Security personnel have been alerted and asked to ascertain the identity of people before allowing them to cross over the border," SSB deputy inspector general Ranjeet Singh said.

A high alert has also been sounded in Lakhimpur, Balrampur, Siddharthnagar, Shrawasti and Bahraich - the other districts which border Nepal.

Women personnel in plain clothes have also been deployed to keep vigil on suspects and vehicles transporting goods too were being checked.

"Patrolling of public places such as cinema halls, hotels, rail and bus stations has also been intensified," the DIG said.

"We are taking all precautionary steps to maintain law and order," he said.

Haryana Police had issued a lookout notice for Honeypreet and teams were formed to arrest her along with other accused.

The 50-year-old Dera chief, who is lodged in Rohtak's Sunaria jail, has been sentenced to 20 years of imprisonment by the CBI court for raping two of his disciples.