Preventing climate breakdown means defending democracy from plutocrats. It’s their interests versus the rest of humanity’s. 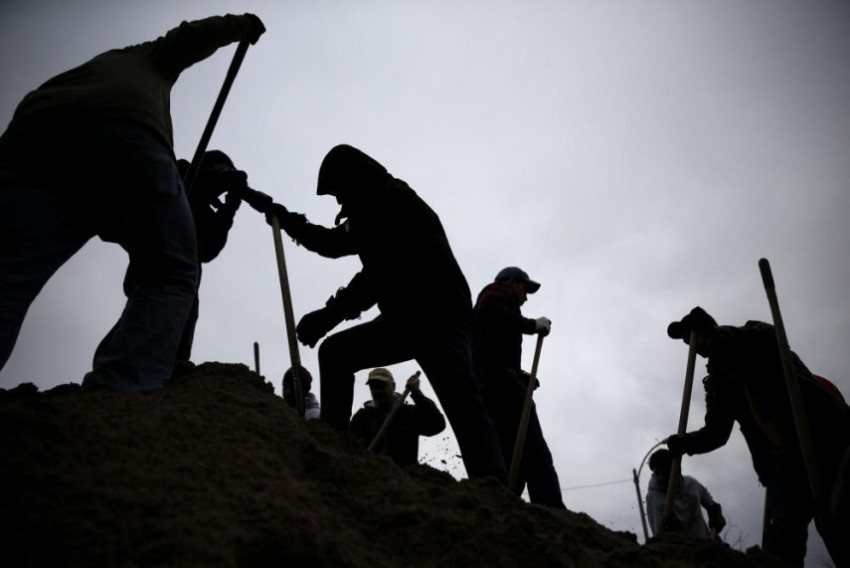 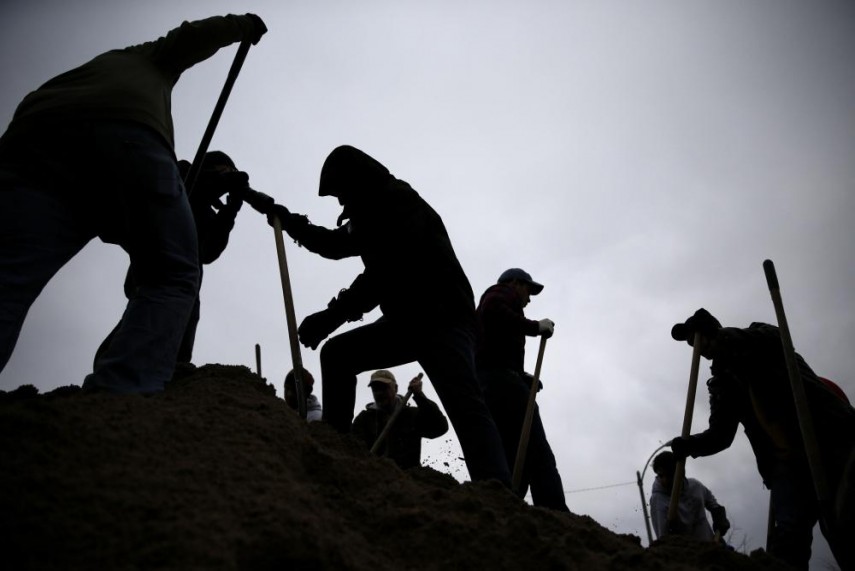 Do they understand what they have signed? Plainly they do not. Governments like ours, now ratifying the Paris agreement on climate change, haven’t the faintest idea what it means. Either that, or they have no intention of honouring it.

For the first time, we can see the numbers on which the agreement depends, and their logic is inescapable. Governments can either meet their international commitments or allow the prospecting and development of new fossil fuel reserves. They cannot do both.

The Paris agreement, struck by 200 nations in December, pledged to hold “the increase in the global average temperature to well below 2°C above pre-industrial levels”, and aspired to limit it to 1.5°. So what does this mean? Thanks to a report by Oil Change International, we can now answer this question with a degree of precision.

Using the industry’s own figures, it shows that burning the oil, gas and coal in the fields and mines that are already either in production or being developed is likely to take the global temperature rise beyond 2°. And even if all coal mining were to be shut down today, the oil and gas lined up so far would take it past 1.5°. The notion that we can open any new reserves, whether by fracking for gas, drilling for oil or digging for coal, without scuppering the Paris commitments is simply untenable.

This is not an extreme precautionary case. Quite the opposite in fact: the report uses the hazard assessment adopted by the United Nations. This means a 66% chance of preventing 2° of global warming and a 50% chance of preventing 1.5° – an assumption of risk that in any other field would be regarded as reckless. Even so, to prevent the odds from becoming any worse than this, a 2° target means that we can use only around 85% of the fossil fuel that’s currently good to go, while a 1.5° target means that we can extract little more than a third. (The figures are explained by Bill McKibben in an article in New Republic). So what’s the point of developing new reserves if the Paris agreement precludes the full extraction of those already in production?

The only means of reconciling governments’ climate change commitments with the opening of new coal mines, oilfields and fracking sites is carbon capture and storage: extracting carbon dioxide from the exhaust gases of power stations and burying it in geological strata. But despite vast efforts to demonstrate the technology, it has not been proven at scale, andappears to be going nowhere. Our energy policies rely on vapourware.

As for the belief among some governments that they can overshoot the climate targets, then, at a later date, suck carbon dioxide out of the air, this depends on scenarios that would be no less realistic if they involved sorcery. The most popular proposal is to combine the capture and storage phantasm with biofuel plantations covering an area between one and three times the size of India, then harvesting the material they grow, burning it in power stations and burying the emissions. The use of a mere few hundred million hectares of fertile land would have to compete with all the other problems the biofuel wand is meant to magic away, such as the use of petroleum in cars and kerosene in planes, as well as the minor issue of feeding the world’s people.

All this nonsense is a substitute for a simple proposition: stop digging. There is only one form of carbon capture and storage that is scientifically proven and can be deployed immediately: leaving fossil fuels in the ground.

Not developing fossil fuel reserves is much easier than breaking them open then having to close them later. As the Oil Change report points out, shutting working mines and wellheads means confronting and compensating companies that have invested heavily in production, and retraining and re-employing the people who would lose work. Some of this will have to happen anyway, if governments are to honour their promise in Paris. But their effort should be to minimise pain, not to extend it.

Their choices are as follows. 1. a gradual, managed decline of existing production and its replacement with renewable energy and low-carbon infrastructure, which offer great potential for employment. 2. allowing fossil fuel production to continue at current rates for a while longer, followed by a sudden and severe termination of the sector, with dire consequences for both jobs and economies. 3. continuing to produce fossil fuels as we do today, followed by climate breakdown. Why is this a hard choice to make?

Our governments seem determined to choose option 3. Globally, some $14 trillion is being lined up for new fossil fuel extraction and freight over the next 20 years. Yes, governments are intervening all right: to try to crush political opposition to these projects, while using public money to protect them from market forces.

In Britain for example, tax rebates for North Sea oil and gas companies are so generous that over the next five years the government is likely to give them around £5 billion more than it receives in revenues. There are similar tax breaks for fracking companies – but not, of course, for renewable energy.

While local people have been granted a special veto over wind turbines, the government has awarded itself special powers to override local decisions on fracking, to ensure that it goes ahead. And if brute power is insufficient, it is backed up by bribery: Theresa May has offered local people cash payments of up to £10,000 per household from the tax revenues (if there are any) fracking is meant to generate. There is no such entitlement to share the income from wind power: we wouldn’t want to encourage it.

There’s a reason for this blatant asymmetry: fossil fuel companies are rich and powerful. Preventing climate breakdown means defending democracy from plutocrats. It’s their interests versus the rest of humanity’s.

So when the Prime Minister announced at the United Nations last week that she was ratifying the Paris agreement, what she meant was that she was going to reverse her government’s entire suite of energy policies. Or perhaps it wasn’t that. Perhaps she meant that she doesn’t intend to do anything except sign a piece of paper. Has she even considered the implications of this choice? I doubt it; after all, it’s only the future of life on Earth at stake.

Can A Democracy Be Plutocratic?