Host Of World Cup Hockey And Sponsor Of Indian Team, Yet Odisha Has No Player!

Hockey fans in Odisha are outraged as it appears that not a single player from the state may find a place in the Indian team for the World Cup to be held in Bhubnaneswar, later in the year. 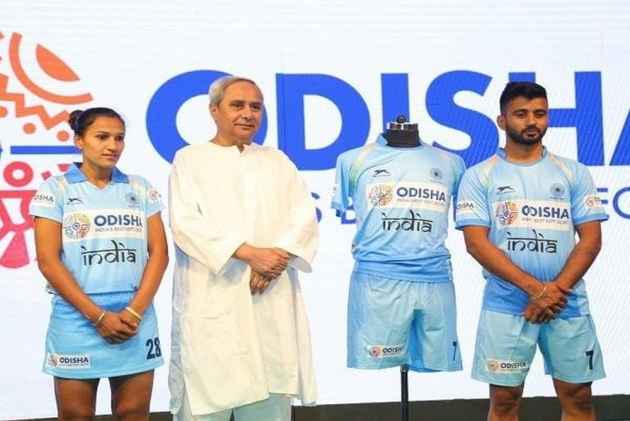 Hockey fans in Odisha are outraged over the fact that not a single player from the state figures in the list of 25 players named by Hockey India to take part in a month-long camp at the Kalinga Stadium, Bhubnanewar, ahead of the Asian Champions Trophy to be held in Muscat.

The camp in Bhubaneswar begins on September 16, a month ahead of the Asian Champions Trophy, scheduled on October 18 in Oman’s capital.

Hockey legend Dillip Tirkey finds it ‘surprising’ while former international Lazarus Barla feels there are enough talented players in Odisha to deserve a place in the team.

Veteran sports journalist Sanatan Pani concurs. “While defender Birendra Lakra’s absence from the camp is understandable since he is apparently on rehab, Amit Rohidas, the other defender from the state who did pretty well in the Asian Games recently, certainly deserved a place in the 25-member squad on current form. Dipsan Tirkey too has done enough in the recent past to find a place at least among the 25 probables, if not the final 18,” he told Outlook.

The absence of a player from Odisha in the national team may lead to a fall in spectator interest, which was a major reason behind the success of major events in the past like the World Hockey League (WHL), for the marquee event.

People are unable to stomach the fact that Odisha, which would spend nearly Rs. 150 crores over the next five years as the sponsor of the team positioning itself as a major hockey hub in the country, was not good enough to produce even a player worthy of wearing the national colours.

Senior sports journalist Sambit Mohapatra, however, is skeptical about linking sponsorship with a place in the team.

“Teams in any game are selected on current form and fitness. May be on current form, our players are not good enough to figure in the list of 25 probables. Frankly, I don’t quite understand why we expect our players to be selected just because Odisha is the sponsor of the India team?” he asks.

Experts are of the view that hockey standards have fallen in Odisha over the years. They point out that, currently there is no one in Odisha who is an ‘automatic choice’ in the team like Dillip Tirkey was for his entire playing career.

Other experts say it is the lack of expertise in the drag-flick that has seen Odisha players, a majority of them are defenders, lose out to players from other states like Punjab.

Mohapatra is of the opinion that the Odisha government should concentrate more on creating the necessary infrastructure and training facilities to groom budding players rather than spending crores on sponsoring the Indian team and holding mega events.

Oblivious of these nuances of the game, however, the man on the street cannot reconcile himself to the fact that there could be an Indian team without at least one player from the state.

“Grave injustice has been done to our players. If Hockey India does not make amends and includes our players in the team for the World Cup, why should we pay to watch the matches? I, for one, would rather watch it on TV at home,” says an angry Birendra Biswal, a resident of Bhubaneswar who says he didn’t miss a single match during the WHL last year.

Such dire forecasts may be a little premature though. For all one knows, Hockey India could still include some players from Odisha in the World Cup squad, if only to keep spectator interest alive.

But if the Indian team does not do well in the tournament, it could put paid to Odisha’s dream of emerging as the hockey hub of the country, besides throwing a spanner in the plans of the Naveen Patnaik government to milk hockey for political gains.