How A French Writer, A Calcutta Artist Elicit A New Darshan Of Ganapati

A recently-launched book, 'Ganapati', carries paintings, drawings and sculptures of artist Sujata Bajaj and text by Jean Claude Carriere. Perhaps it was the darshan (the blessed vision) that both of them had been waiting for years. 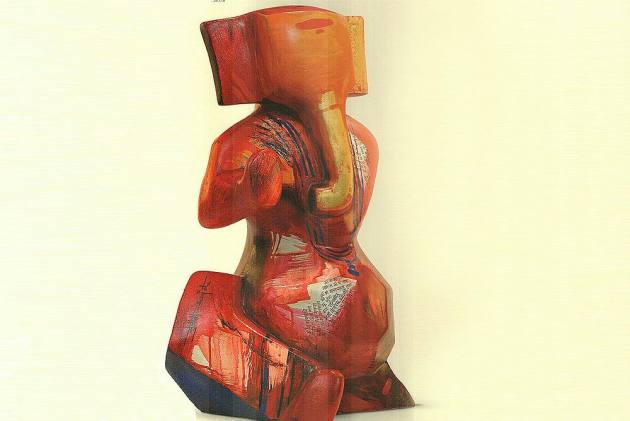 Ganapati, the god of wish-fulfillment, told Vyasa, the sage, that He would consider his request for penning down the epic that was swirling around in his head for long only under one condition. Ganapati said Vyasa should not pause even once but narrate the entire sequence of thoughts in one go. Vyasa agreed of course, but pleaded that the God himself try to comprehend the depth of every word, every phrase, every emotion and every action in the mortal world before giving it language.

The mythology of how the Mahabharat was created must have stayed with Jean Claude Carriere, renowned French author and screenplay writer who had adapted the epic for Peter Brook’s critically-acclaimed 1980s stage and film production. Nearly three decades later, it figures as a central theme of a recently-launched book of the Ganapati paintings, drawings and sculptures of artist Sujata Bajaj, for which he has written the text.

The idea for ‘Ganapati,’ the book, came about when Carriere dropped in at an exhibition of Bajaj’s works in Paris. Ganesha, in Bajaj’s interpretation, was a burst of brilliant colors- pink, purple, gold, green, blue, red, yellow and turquoise.  But, He was also black and white, His immensity captured and conveyed in just a few curves and lines. And He was also a chiseled mass of stone, His intrinsic formlessness made to manifest itself by the grit and gift of a devoted painter, sculptor, artist. 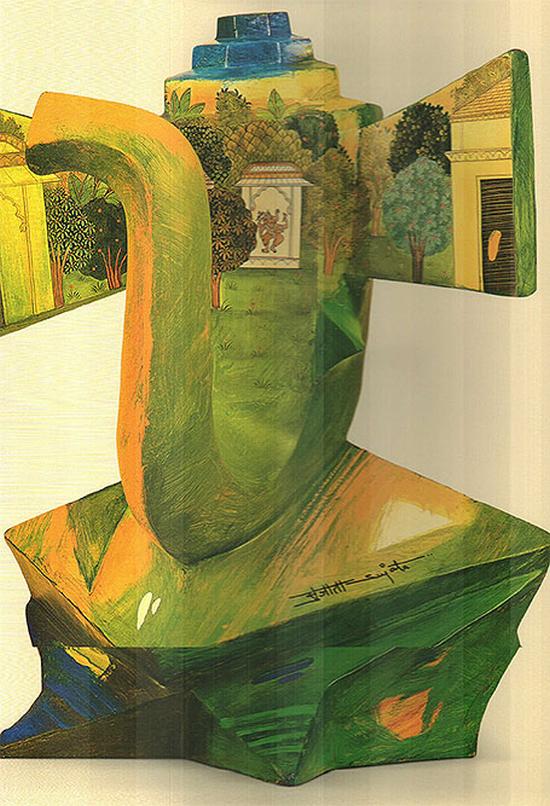 Perhaps it was the “darshan”, the blessed vision, that Carrier had been waiting for all these years. From the lyrical language that accompanies the book’s iridescent images, it was as though Ganapati was staring back at the French writer with His third eye, invisible, but clearly all discerning.

As for Bajaj herself, the devotion to and really the love for Ganapati was both a childhood ritual as well as a discovery, as an artist, that this is one God or one image whose idea – the fusion of spirituality and materialism – was not just a universal concept understood globally but who could be rendered with almost utmost simplicity or utter complexity.

“Ganapati is a figure which can be conveyed with just a stroke of the brush,” says Bajaj, a Calcutta girl who moved to and settled in Paris, where she studied art at the Ecole des Beaux Arts, Bajaj. Back in her home town, she revealed, in an interview to Outlook, how fascinating it is for her that the depictions of this deity are almost limitless.

Her own renditions are testimony to that. Indeed, Bajaj’s ability to evoke the inherent spirituality of a deity while, at the same time, bringing out the idol’s manifestation as a god of material wish-fulfillment and the aplomb with Carrier gives language to the silence of all those images, makes “Ganapati” one of the best tributes to the God of Success on the day of his holy celebration.