How A Terror Attack Could Affect US Polls

In a survey, most said that defending the nation against terrorism should be the top priority for the administration 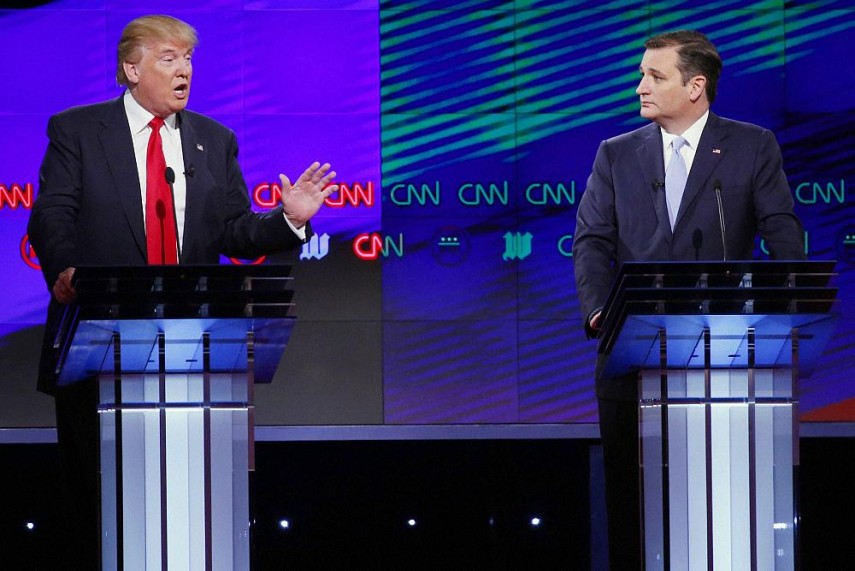 The US political primary election season is in full swing as Americans choose candidates for the presidency of their nation and, arguably, the job of de facto leader of the world. In the wake of recent primaries in vote-rich states such as Florida and Ohio, Republican candidate Donald Trump has a commanding lead over his rivals Senator Ted Cruz and Governor John Kasich. Democratic front-runner Hillary Clinton has an even larger advantage over her challenger Senator Bernie Sanders. To quote the American baseball player Yogi Berra, "it ain't over 'til it's over," but the field finally seems to be sorting itself out.

To date, the campaign debate has been dominated by multiple themes that could ultimately impact people outside the United States — trade, immigration and terrorism, to name just a few. Americans' attitudes on these issues could well influence the outcome in November. And the positions the candidates take on these issues may foreshadow, or constrain, what policies the next US president will pursue. Moreover, the mood of the electorate may influence votes in Congressional elections for both the US House of Representatives and Senate, reinforcing foreign-policy choices made by the new president.

Trade is a recurrent campaign theme, despite the fact that global trade ranks low overall on the American public's list of concerns, as registered by a Pew Research Center survey: 31 percent rate it as a top priority. Candidates in both parties have repeatedly tied the issue to jobs and the economy and promised to be tougher on trade, especially with regard to China.

Real estate developer and television celebrity Trump has promised to impose a 45 percent tariff on imports from China. Clinton has pledged to crack down on Chinese currency manipulation that gives Chinese products an unfair competitive advantage. Sanders, Trump and Clinton have repeatedly attacked the Trans-Pacific Partnership trade agreement.

Such trade criticism strikes a chord with many Americans, despite the fact that they are, in principle, free traders. According to Pew Research Center, Americans suggest that free trade is good for the nation by a margin of 25 percentage points — 58 percent versus 33 percent — a sentiment broadly shared across gender, race, age, income, education and party divisions.

But the public is divided on the overall economic impact of Washington signing free trade deals, like the Trans-Pacific Partnership: 31 percent suggest such agreements make the economy grow, 34 percent say they slow the economy down.

Moreover, on the politically potent issues of jobs and wages, 46 percent of Americans voice the view that trade deals lead to job losses in the United States, while the same percentage says they lower US wages. Only 11 percent think trade raises wages and just 17 percent suggest it generates jobs.

Americans are critical of trade with Beijing: 52 percent describe the US trade deficit with China — the largest U.S. merchandise trade deficit — as a very serious problem.

On immigration, roughly half, or 51 percent, of Americans think dealing with immigration should be a top priority for Congress and the White House. That emphasis is up from 41 percent in 2009 at the beginning of the Obama administration. And it's a highly partisan issue: 66 percent of Republicans give it priority, but only 43 percent of Democrats.

Given such partisanship, it may be no surprise that Trump has called for building a wall along the US border with Mexico and deporting the 11 million undocumented immigrants in the country. Clinton, on the other hand, has advocated a path to full and equal citizenship for such immigrants.

Partisanship also manifests itself on how to handle illegal immigration. Contrary to what one might assume based on many headlines, less than half, or 46 percent, of Americans favor building a fence along the entire Mexican border. Again, that sentiment is deeply divided along partisan lines: 73 percent of Republicans and 29 percent of Democrats support such a fence.

For all of the talk on the campaign trail about trade and immigration, terrorism could prove the political wildcard in the 2016 election. Public opinion data suggest that an October surprise in the form of a terrorist incident before the November 8 election could have a profound effect..

CIA director John Brennan told CBS news program "60 Minutes" in February that attempts by ISIS to attack the United States are "inevitable." A number of GOP presidential candidates have already staked out "get tough" positions on terrorism and Muslims. Senator Ted Cruz of Texas, for example, has proposed carpet bombing the Islamic State. Trump has advocated temporarily banning all Muslims from entering the country. If another terrorist attack happens ahead of the election, fears of terrorism and what to do about it could frame political discourse and favor the candidate deemed strong.

Concern about terrorism is already relatively high and variable. Three-quarters of those surveyed in January 2016 by the Pew Research Center said that defending the nation against terrorism should be the top priority for the Obama administration and Congress — a particular concern among Republicans, 87 percent, but also troubling for Democrats, 73 percent.

Such worries are notably unstable. In a December 2014 Pew Research Center survey, just 1 percent of Americans said terrorism was the most important problem facing the country. In December 2015, after the terrorist shooting in San Bernardino, California, 18 percent voiced the view that terrorism was the most serious challenge, briefly outstripping concern about the perennial public worry of the economy. Gallup found a similar spike in apprehension about terrorism, but by January 2016 public anxiety about terrorism had ebbed, suggesting just how sensitive the public mood is to a single terrorist attack in the past and how responsive it might be to one in the future.

Fear of a future terrorist incident is high. In December 2015, a month after the Paris terrorist attack, 51 percent of Americans surveyed expressed worry that they or someone in their family would become the victim of terrorism, according to a Gallup survey, and two-thirds of Americans said that further terrorist attacks in the United States were likely —the greatest level of such concern expressed since early 2003.

The intensity of public unease about terrorism and the tendency of such fears to spike in the wake of terrorist attacks, suggest that if John Brennan is right and additional terrorist incidents are inevitable, terrorism could become the disruptive political issue on both sides of the Atlantic in 2016.

US presidential elections are decided on a number of issues, often the state of the economy. But this year, a number of international concerns about negative consequences of globalization including trade, immigration and terrorism are prominent in the political debate. History suggests that the US election will not turn on any of these issues alone, but they may well influence the outcome. And it is people outside the United States who then must also deal with the consequences.

Bruce Stokes is director of global economic attitudes at the Pew Research Center. Rights:Copyright © 2016 YaleGlobal and the MacMillan Center