'How Can Literature Survive?'

'All majoritarian groups feel emboldened. Many fascist groups in the nation desire to suppress free thought and expression. Thiruchencode has become a laboratory. What happens here will affect writers across the nation.' 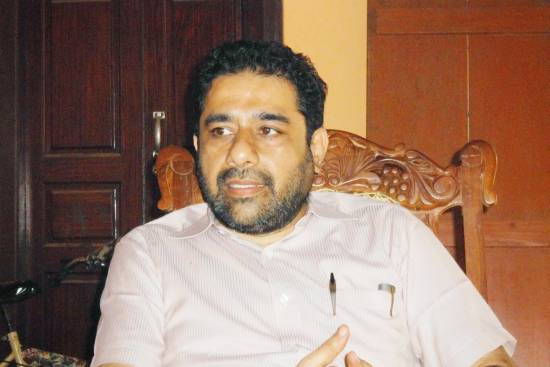 Kannan Sundaram, whose Kalachuvadu Publications has published Perumal Murugan’s book and its sequel, offers reasons on why the book and the author are being hounded.

Mathorubagan came out in 2010. Why are people protesting now?

The controversy revolves around caste and religion now. In the present political context, all majoritarian groups feel emboldened. Many fascist groups in the nation desire to suppress free thought and expression. Thiruchencode has become a laboratory. What happens here will affect writers across the nation.

Are caste and religion getting mixed up to create this controversy?

Casteist and religious groups are using this controversy to strengthen their foot hold in the region. In that sense it's a much needed controversy for them . Majority castes and upper castes are the building blocks of Hindutva in Tamil Nadu.

Why do you think the RSS wants the book burnt and banned?

I see this as attempt to garner influence by pandering to casteist and religious bigotry. By applying the same scale as the bigots one will have to consider banning two great epics for maligning Hindu women, Tagore for his anti-national thoughts like Critique of Nationalism and the Sangam literature for portraying many 'immoral' acts and almost all the works of the icons of 20th century modernist writing. Our tradition, and life itself, has become embarrassing for the middle class. How can literature survive ?

Have you also come under pressure for publishing the book and standing up for the author?

Nothing compared to what Perumal Murugan is undergoing. I did receive a couple of abusive calls . But I can abuse in five languages though I speak only three. I did not restrain myself. They have also called for my arrest but the state administration has so far ignored their calls.