After a former sports minister's match-fixing claims, Sri Lanka government on Friday launched a probe into the 2011 World Cup final 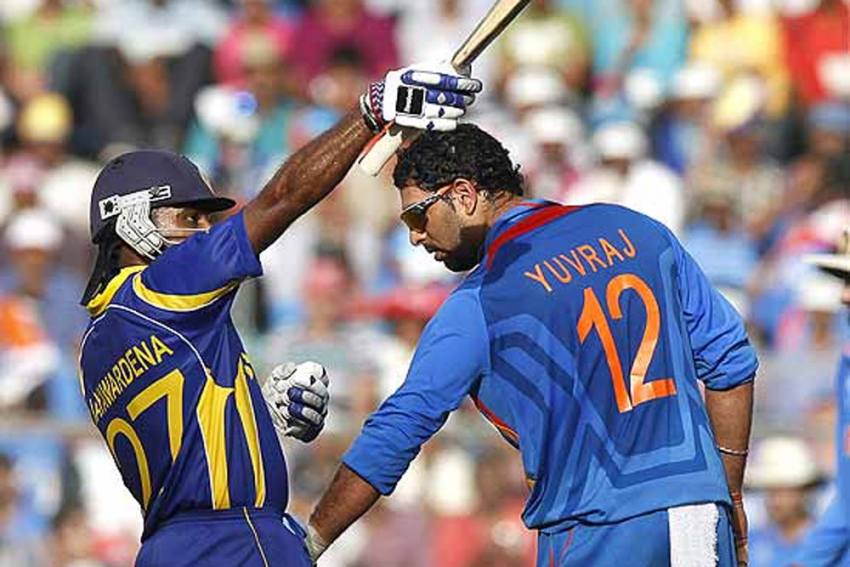 FILE - Sri Lanka's batsman Mahela Jayawardene, left, acknowledges after completing a half century as Yuvraj Singh pats him, during the 2011 Cricket World Cup final match between Sri Lanka and India in Mumbai.
File Photo
IANS 2020-06-20T19:35:07+05:30 How Can One Fix A Match And Not Be Part Of Playing XI - Mahela Jayawardene Hits Back 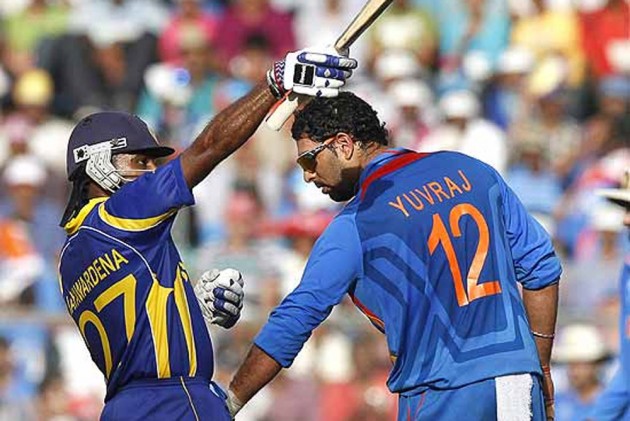 Former Sri Lanka captain Mahela Jayawardene hit back at the country's former Sports Minister Mahindananda Aluthgamage after he clarified that he is not accusing any players involved in the 2011 World Cup final of match-fixing. (More Cricket News)

Aluthgamage, whose allegation earlier in the month led to the Sri Lankan Sports Ministry launching a probe into the statements, said that he is accusing the officials of selling the match. Jayawardene, who alongwith then captain Kumar Sangakkara slammed the statements on Twitter, said that he wonders how anybody can fix a match without playing it.

"When some one accuses that we sold the 2011 WC naturaly it's a big deal cus we don't know how one could fix a match and not be part of the playing 11? Hopefully we will get enlightened after 9 years..." Jayawardene tweeted in response to Aluthgamage's recent interview in which he asked why the former and Sangakkara are "making a big deal about this."

When some one accuses that we sold the 2011 WC naturaly it’s a big deal cus we don’t know how one could fix a match and not be part of the playing 11? Hopefully we will get enlightened after 9 years...ðÂÂÂðÂÂÂ https://t.co/cmBtle5dNE

Aluthgamage said he had already complained to the International Cricket Council (ICC) in 2012 and demanded that an investigation be done on "how certain cricket officials" allegedly purchased car companies and started new businesses within a year of losing the match to India at the Wankhede Stadium in Mumbai.

"Mahela has said that the circus has started. I don't understand why Sanga and Mahela are making a big deal about this. I am not referring to any of our players" he told the Daily Mirror Newspaper.