How Corrupt Is Britain?

Britain is not corrupt? Only through a ridiculously narrow framing of what corruption is. 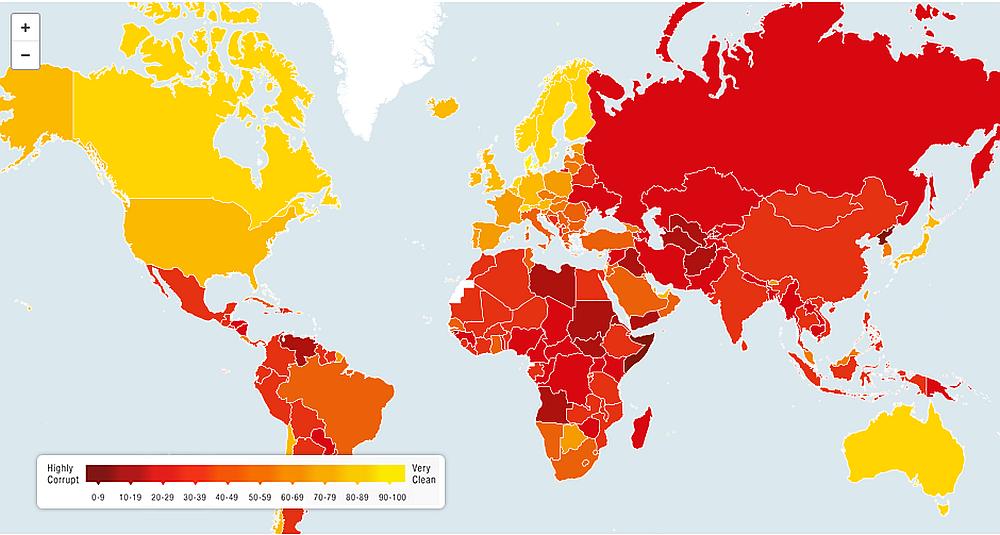 It just doesn't compute. Almost every day the news is filled with stories that look to me like corruption. Yet, on Transparency International's corruption index, Britain is ranked 14th out of 177 nations1, suggesting that it's one of the best-run nations on earth. Either all but 13 countries are spectacularly corrupt, or there's something wrong with the index.

This week a ground-changing book called How Corrupt Is Britain?2, edited by David Whyte, is published. It should be read by anyone who believes this country merits its position on the index.

Would there still be commercial banking sector in Britain if it weren't for corruption? Think of the list of scandals: pension mis-selling, endowment mortgage fraud, the payment protection insurance scam, Libor rigging, insider trading and all the rest. Then ask yourself whether fleecing the public is an aberration — or the business model.

No senior figure has been held criminally liable or has even been disqualified for the practices that helped to trigger the financial crisis, partly because the laws that should have restrained them were slashed by successive governments. A former minister in this government ran HSBC while it engaged in systematic tax evasion3, money laundering for drugs gangs and the provision of services to Saudi and Bangladeshi banks linked to the financing of terrorists4. Instead of prosecuting the bank, the head of the UK's tax office went to work for it when he retired5.

The City of London, operating with the help of British overseas territories and crown dependencies, is the world's leading tax haven, controlling 24% of all offshore financial services6. It offers global capital an elaborate secrecy regime, assisting not just tax evaders but also smugglers, sanctions busters and money launderers. As the French investigating magistrate Eva Joly has complained, the City "has never transmitted even the smallest piece of usable evidence to a foreign magistrate"7. The UK, Switzerland, Singapore, Luxembourg and Germany are all ranked by Transparency International as among the least corrupt nations on earth. They are also listed by the Tax Justice Network as among the worst secrecy regimes and tax havens8. For some reason though, that doesn't count.

The Private Finance Initiative has been used by our governments to deceive us about the extent of their borrowing while channelling public money into the hands of corporations. Shrouded in secrecy, stuffed with hidden sweeteners9, it has landed hospitals and schools with unpayable debts, while hiding public services from public scrutiny.

State spies have been engaged in mass surveillance10, while the police, adopting the identities of dead children, lying in court to assist false convictions and fathering children by activists before disappearing, have infiltrated and sought to destroy peaceful campaign groups11. Police forces lied about the Hillsborough disaster12. They have protected prolific paedophiles, including Jimmy Savile, and, it's now alleged, a ring of senior politicians, who are also suspected of the murder of children13. Savile was shielded too by the NHS and the BBC, which has sacked most of the those who sought to expose him14, while promoting people who tried to perpetuate the cover-up.

There's the small matter of our unreformed political funding system, that permits the very rich to buy political parties15. There's the phone hacking scandal and the payment of police by newspapers, the underselling of Royal Mail16, the revolving door allowing corporate executives to draft the laws affecting their businesses, the robbing of the welfare and prison services by private contractors, price-fixing by energy companies, daylight robbery by pharmaceutical firms and dozens more such cases. Is none of this corruption? Or is it too sophisticated to qualify?

Among the sources used by Transparency International to compile its index are the World Bank and the World Economic Forum. Relying on the World Bank to assess corruption is like asking Vlad the Impaler for an audit of human rights. Run on the principal of one dollar, one vote, controlled by the rich nations while operating in the poor ones, the bank has funded hundreds of white elephant projects that have greatly enriched corrupt elites and foreign capital17, while evicting local people from their land and leaving their countries with unpayable debts. To general gasps of astonishment, the World Bank's definition of corruption is so narrowly drawn that it excludes such practices.

The World Economic Forum establishes its corruption rankings through a survey of global executives18: beneficiaries of the kind of practices I've listed in this article. Its questions are limited to the payment of bribes and the corrupt acquisition of public funds by private interests19, excluding the kinds of corruption that prevail in rich nations. Transparency International's interviews with ordinary citizens take much the same line: most of its specific questions involve the payment of bribes20.

How Corrupt is Britain? argues that such narrow conceptions of corruption are part of a long tradition of portraying it as something confined to weak nations, which must be rescued by "reforms" imposed by colonial powers and, more recently, bodies such as the World Bank and IMF. These "reforms" mean austerity, privatisation, outsourcing and deregulation. They tend to suck money out of the hands of the poor and into the hands of national and global oligarchs.

For organisations like the World Bank and the World Economic Forum, there is little difference between the public interest and the interests of global corporations. What might look like corruption from any other perspective looks to them like sound economics. The power of global finance and the immense wealth of the global elite are founded on corruption, and the beneficiaries have an interest in framing the question to excuse themselves.

Yes, many poor nations are plagued by the kind of corruption that involves paying bribes to officials. But the problems plaguing us run deeper. When the system already belongs to the elite, bribes are superfluous.