How Do You Solve A Problem Like TM Krishna?

Caste and the status of the Tamil Brahmin continue to throw up discomfiting questions for the state's intelligentsia. 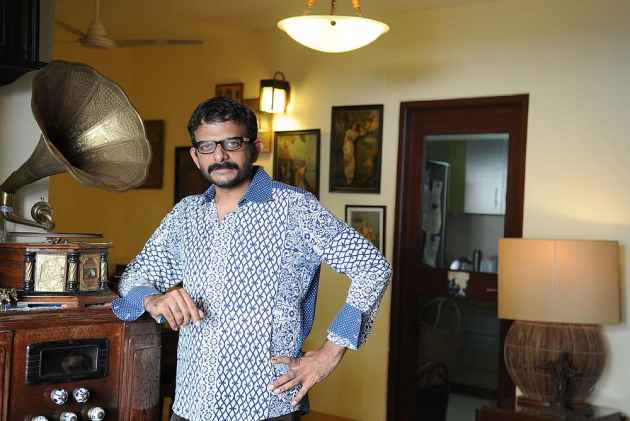 On June 10 Carnatic vidwan TM Krishna announced on his Facebook page that he would not sing during the December Season beginning this year.

"I am unable to reconcile my musical journey with that of the December Season", he said in a brief note.

He found, "The world of Carnatic music is 'socially stifling and narrow'."

"We really don't care about the rest of society and don't see that this music must be democratised", he explained.

Krishna's uncomfortable question about how Carnatic music remains exclusively in the grip of Brahmin practitioners has once again brought the spotlight on the state's Brahmin community.

Following the early social reform movement and the birth of Dravidian political parties, the status of Tamil Brahmins underwent a sea change. They were the chosen ones of the colonial British bureaucracy and enjoyed social and economic status following access to government jobs and English education. Brahmin leaders like Subramania Bharati or Rajagopalachari among others were prominent during the war for Independence in the state and produced classics in literature, history and art.

The Dravidian Movement that began to gain force in the 1920s attacked the hegemony of the Brahmin stronghold, the caste system, ritualism and religious dogmas.

Some historians called it more of a 20th Century Tamil Renaissance. It demanded, according to Prof. K. Nambi Arooran in his Tamil Renaissance and Dravidian Nationalism, 'the non-Brahmin, who was supposed to be the descendant of the Dravidian race, to become the custodian of his own culture'.

Tamil Brahmins were accused of being elitist entities, loyal to the Sanskrit culture of North India and not to the Dravidanadu of the Tamils.

Politically also, since the1970s, following the defeat of the Congress party in Tamil Nadu, it has been an unbroken spell of Dravidian party leadership in the state. The community's hope that Jayalalithaa as a Brahmin Chief Minister would revive the earlier political and cultural space of the Tamil Brahmin is a slim one, offering little respite for the community. The 2% of Brahmins of the state do not form a considerable vote bank worth wooing by her or other Dravidian parties.
Middle-class Tamil Brahmins complain not just about denial of opportunities based on affirmative action and decline in meritocracy but also for being ridiculed for their customs and mannerisms in popular culture carrying a sense of being victimised for too long for mistakes of an early past.

With such a sense of alienation from public spheres, many Tamil Brahmins aligned with the Kanchi mutt that came to be considered as the symbol of spiritual and religious authority that the community sought to claim as its own. With the arrest of the Kanchi Shankaracharya in 2004 the anchor was also shaken.

The temples that were shut to other castes in earlier centuries are now where the faithful across the rational state congregate. Now Tamil prayer offerings have replaced Sanskrit slokhas, non-Brahmin priests officiate religious proceedings in many temples across the state. Cults and religious groups led by seers who are not Brahmins have gained mass following.

With a growing sense of their exclusivity threatened, Carnatic music and the nearly 100-year old December Season were the last cultural and artistic vestigial spaces that Tamil Brahmins sought to own in modern times. Chennai's Carnatic performers and rasikas have been almost totally Brahmin, apart from the rare exemption of MS Subbulakshmi in the 20th century.

And now a prominent member of the community and virtuoso, TM Krishna is calling out on his own Carnatic community of performers and audiences demanding reformation.

Krishna's thoughtful insights and appeal to make the world of Carnatic music inclusive is met with cold indifference with no other musician from the state coming forward in public offering support.

TM Krishna's demand to make the December Season inclusive has attacked the foundation of the last cultural bastion of the Tamil Brahmins. As long as the December Season continues to be exclusive preserve of Brahmins in the 21st Century, the classical club of purists will have to deal with a problem like TMK. In his last December Season in 2014 Krishna set an example and sang on the beachfront of a Dalit fishing village in Chennai.

Aside from the Season, one of the unique features of the state's musical legacy is how its popular cinema music has often sought to bridge the gap between Carnatic music's exclusivity and audiences across classes.

Unlike the world of rock and roll where White musicians from Europe embraced the blues of the Blacks to make it widely acceptable, Tamil Nadu's musical giants like Illaiyaraja or AR Rahman have reached out and collaborated with Carnatic musicians. They have used classical ragas for melodic compositions, percussion and vintage musical instruments in their film songs. From Carnatic giants like Balamurali Krishna to today's Sudha Raghunathan or a Bombay Jayashree, Grammy winner Vikku Vinayakaram or a Guitar Prasanna the collaborations between Carnatic musicians and composers for films has only produced wondrous music from the state.

Now TMK wants to take Carnatic music to the ghettos that swing to the beats of the gaana in Chennai. Who knows what musical surprises that would produce in the days to come?