How Far Will The Narada Scam Affect Trinamool Congress?

That the corruption issue has not impacted the government’s electoral results adversely has been proven time and again. 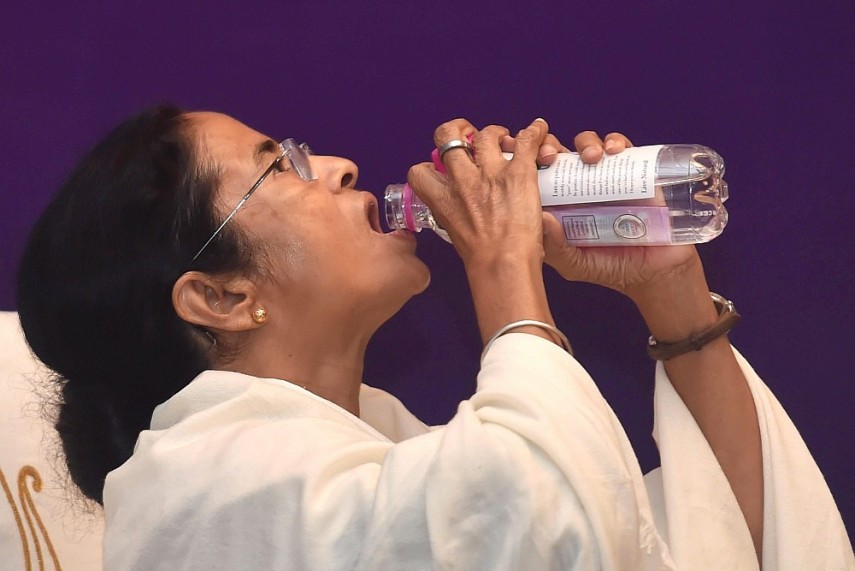 When in a 2001 sting operation by Tehelka, the then BJP president Bangaru Laxman was caught on video taking bribe, the then Trinamool chief and current chief minister of West Bengal, Mamata Banerjee was among those who demanded his immediate resignation and removal. Bengal political commentators are now pointing to the paradox that now when the top leaders of her own party have been similarly caught on camera-- allegedly accepting bribes-- she has rushed to their support.

Just before the West Bengal state elections last year, when Mathew Samuel, CEO of Narada News, released a set of videotapes in which Trinamool’s top leaders including ministers and Parliamentarians, were seen to be accepting bundles of cash, Mamata declared that she did not believe that the tapes were real. Indeed, one of the key points of the investigation, laid down by the Calcutta High Court, was to determine whether the videotapes were doctored.

The Bengal police’s detective department, CID, was given charge of the investigation. Late last week, the Calcutta High Court, not just revealed that the tapes were not doctored but handed over the charge to the CBI. Moreover it gave the central investigative body 72 hours to start filing first information reports.

Once again, Mamata Banerjee swung into action in defense of her comrades. Her government filed a petition in the Supreme Court of India, appealing for a stay on the Calcutta High Court order and asked that the Bengal police continue the investigation.

A legal expert told Outlook, "There are two main reasons why state and central governments struggle to keep probes, especially in cases in which its own party members are accused, in the control of the investigating agencies over which it has jurisdiction. One, it will be able to monitor the direction in which the investigation progresses, if not actually influence it, and the other, it fears biased investigations based on political rivalry."

However, the TMC’s attempt to keep the probe with the CID was quashed by the Supreme Court earlier this afternoon. The apex court not only held up the Calcutta High Court’s decision that CBI will probe the Narada case, it chided the state’s legal representative for remarks that the Calcutta judiciary was biased and asked for an unconditional apology. The only relief for the party was that instead of 72 hours, the SC allowed the CBI a month to conduct investigations and file FIRs.

Interestingly, unlike the 2001 sting operation, this time the role of the journalist conducting the sting operation has been questioned too. Trinamool supporters said that Samuel should be booked for offering bribe to public servants. However, as far as the other charge against Samuel, that his videos were doctored, is concerned, currently he stands vindicated. It should be noted that Samuel was working for Tehelka at the time that he claims the videos were made but according to sources he was dissuaded from making them public. Tehelka’s KD Singh incidentally is also a Trimamool member.

Why Singh would want to go after his own colleagues is a mystery but a source within the party told Outlook, "It is possible that he wanted to expose one or two of them, his rivals, whom he knew to be ‘corrupt’ but didn’t realize so many of them would be caught." Another source told Outlook that Singh may have intended the sting to target other parties but Samuel went ahead and involved Trinamool leaders.

Samuel has claimed that he was given 80 lakhs to conduct the sting operation and that Singh was in full knowledge of it. However Singh has neither confirmed nor denied these claims. Sources reveal that several leaders from other parties too were approached for the sting operation but they did not give appointments. According to Samuel, he had got hold of a taxi driver named Islam to get to Iqbal Ahmed, a Trinamool leader and the deputy mayor of the Calcutta Municipal Corporation. It was Ahmed who took Samuel to the other Trinamool leaders.

The timing of the re-rearing of the ugly head of the Narada scam has been questioned. Soon after the elections in five states, when the BJP is trying generate support in states like Manipur, where the Trinamool has a presence, does it indicate that it is a pressure tactic?

Political observers do see a connection. The sole Trinamool MLA in Manipur has supported the BJP in forming the government in the state.

Not surprisingly, the Supreme Court verdict has been welcomed by Trinamool’s political rivals in the state. “Mamata Banerjee should immediately remove the accused if she wants to retain any semblance of credibility,” said state BJP leader Dilip Ghosh.

Congress leader Om Prakash Mishra said. “This is a very welcome verdict. When so many of the state government’s leaders are accused, it does not make sense for the state police to investigate the case because it would raise questions about impartiality.”

CPIM MP Mohammad Selim said, “The attempt to keep the investigation from going to the CBI was an indication that the Trinamool is trying to hide something. We are happy with the SC order.”

The Trinamool Congress is trying to find the silver lining. Trinamool MP Kalyan Bandyopadhyay said, “I am happy to the extent that the Calcutta High Court’s virtual pronouncement of culpability of the accused is longer applicable.”

How far will the current discomfort affect the Trinamool Congress? Possibly not much. That the corruption issue has not impacted the government’s electoral results adversely has been proven time and again.

The Sharadha chit fund scam broke – or was ‘made to break’ by political rivals as some would claim – just before the municipal polls, which the Trinamool swept. The Narada tapes too surfaced just before the state elections, which, again, the Trinamool swept. Mamata’s populism, development and land policy has had a more immediate impact on the Bengal electorate than the corruption, or alleged corruption of its leaders. Perhaps even political rivals have figured that out. Because both 2019 and 2021 are too distant for voter memory.